WSF World Rookie Fest is the most famous youth snowboard freestyle contest from all over the world that, for the past 10 years, has been offering the perfect opportunity to see in action the stars of tomorrow . More than 20 national teams come from all over, strict collaborations with the Artic Challenge, Air&Style, Pirate Movie Production, TTR World Snowboard Tour, Onboard Europe are just some of the features that make this event unique and able to win the prestigious title of ‘Best Snowboard Event 2014’ during the Italian Snowboard Awards presented at Modena Skipass: the event that nobody under 18 can miss. 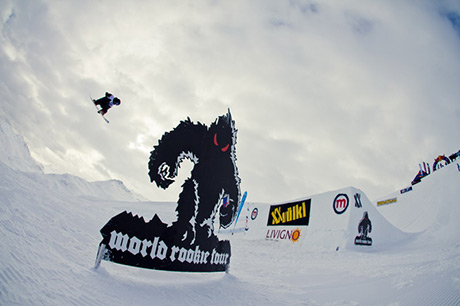 The tenth edition of the World Rookie Fest will take place, as always, in Livigno, Italy, at the Mottolino Fun Mountain from the 10th to the 15th January 2015. WRF will celebrate its 10th birthday and for this reason there will be some surprises for both athletes and families: beside the slopestyle contest, a documentary video and a photo gallery will show the last 10 years of World Rookie Tour. Moreover the first edition of the World Rookie Camp will be offered to all the kids and families who want to get closer to the freestyle scene and take part to the event without competing. 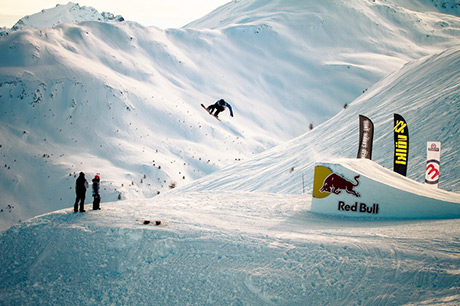 The international slopestyle event.
The slopestyle contest will take place, as always, at the beautiful Mottolino Snowpark and will be open to 4 different categories, Female and Male Grom, Female and Male Rookie. More than 140 preselected riders from 20 nations will arrive in Livigno and compete to gain the prestigious awards: 6 all-inclusive tickets for the Volkl World Rookie Finals 2015 in Ischgl and 2 for the Trentino Rookie Fest 2015 in Monte Bondone, 2 tickets for the Rookie Shooting in Corvatsch at the end of the winter season, surf camp in Spain by Surftolive.com, 12 “Freeride Pass” for the European Freeride Festival and other prizes offered by the sponsors. All the athletes on the podium will be qualified for the Volkl World Rookie Finals 2015 and the event will give out points for the TTR World Snowboard Tour and for the World Rookie Rank. 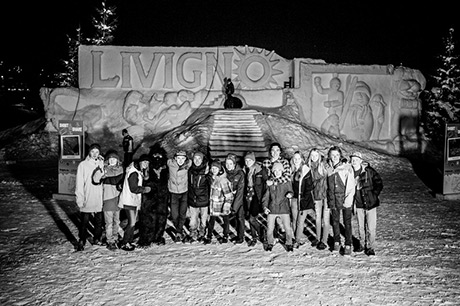 The lifestyle activities.
A lot of lifestyle activities will make the afternoons pleasant and amusing for everybody so that all the rookies and groms will be able to relax during the free time: workshop about the safety in freeride, a yoga lesson, film premiere of ‘A Decade of Rookie Fest’, photo gallery about the 10th Birthday of the World Rookie Tour, dinners and parties to meet the other riders and make new friends coming from the all over.

World Rookie Camp: Ride with Them!
The tenth edition of the WSF World Rookie Fest will offer a new program with a special focus on the families: the first edition of the World Rookie Camp in collaboration with Madness Snowboard School. Beside the established contest for the under_18s, a 3 days Kids Camp for the under-15 and a Kids Contest will be offered. The Kids Contest will take place just before the big finals of the rookie in order to experience their first international event with the ‘older’ snowboarders (Ride with them!)

Age groups
WSF rookie events are reserved to Rookies (born from 1st of January 1997 to 31st of December 1999) and Grom (born from 1st of January 2000 and up), both boys and girls. All contests of the World Rookie Tour will generate valuable results for the TTR World Snowboard Tour Ranks and for the World Rookie Rank developed by World Snowboard Federation. The Kids Camp and the Kids Contest are reserved to the Kids born after 1st January 2001. 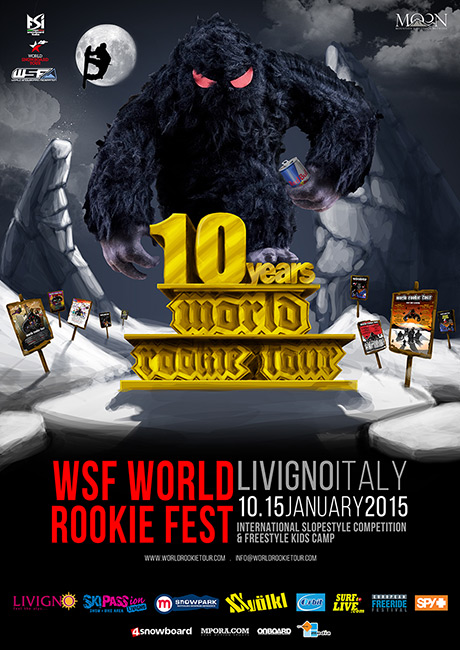 Note about all-inclusive package for the 2015 World Rookie Fest in Livigno:
– WRF Accommodation Packages for riders, crew, coaches including 5 nights in half-board in 3Star hotel, check in 10th January – check out 15th January, at a fixed rate of 325€ in double rooms (400€ in single room). For no-show not communicated at least 5 days in advance a penalty of 200€ will be charged to the national snowboard association.

– WRF Event entry fee for riders, crew, coaches including 4-days lift-tickets, event pass, contest registration, gifts at a fixed rate of 160€ to be paid directly at the WRF race office in Livigno.

– Kids Camp and Kids Contest: 3 days camp with 3 hours lessons per day, pass for the Kids Contest, price of 100€, without lift ticket.