The most famous youth snowboard freestyle event in the world is announced and confirmed for the 11th edition: the 2016 World Rookie Fest will be held one more time at the Mottolino Snowpark, in Livigno, Italy. Before competing in the Winter Olympic Games, the X-Games and the TTR Elite events, riders such as Roope Tonteri, Seppe Smith, Staale Sandback, Mons Roisland, Christian Haller, Gjermund Braaten, Sven Thorgren, Tim Kevin Ravnjac and many others, came to the World Rookie Fest. If you dream to become a professional snowboarder, then your future starts in Livigno at the World Rookie Fest: where new stars shine.

The 11th edition of the World Rookie Fest will take place, as always, in Livigno, Italy, at the Mottolino Fun Mountain next January, from the 9th to the 14th. WRF will starts its second dacades with a special edition where all families and fans are welcomed: for all the kids, the World Rookie Camp will be held, and all visitors will be admitted to all the activities to get closer to the freestyle scene and take part to the event even without competing. 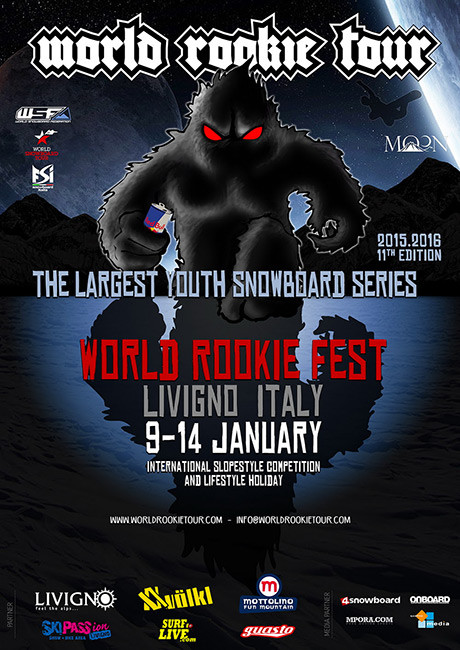 The international slopestyle event.
The 2016 World Rookie Fest will feature a World Snowboard Tour slopestyle contest, at the beautiful Mottolino Snowpark: it will be open to 4 different categories, Female and Male Grom, Female and Male Rookie. More than 150 preselected riders from 20 nations arrive every year in Livigno to compete and challenge for prestigious awards: 2 all-inclusive tickets for the 2016 Volkl World Rookie Finals in Ischgl and 2 for the 2016 Trentino Rookie Fest in Monte Bondone, 2 tickets for the end of season Rookie Shooting, 6 surf camp in Spain by Surftolive.com, and other prizes offered by Volkl and Guasto. All the athletes on the podium will be qualified for the 2016 Volkl World Rookie Finals 2015 and the event will give out points for the TTR World Snowboard Tour and for the World Rookie Rank. 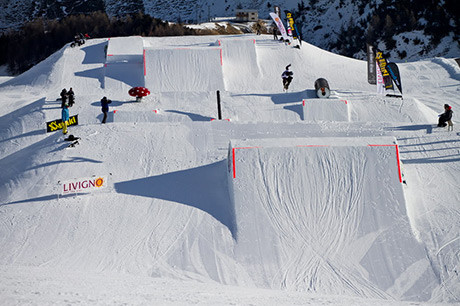 The lifestyle activities.
A lot of lifestyle activities will make the afternoons pleasant and amusing for everybody so that all the rookies, groms, coach and crew will be able to relax during the free time: workshop about the safety in freeride, a yoga lesson, film premiere “2015 Rookie Trip to Chile”, dinners and parties to meet the other riders and make new friends coming from the all over.

World Rookie Camp: Ride with Them!
Also for 2016 the World Rookie Fest will offer a new program with a special focus on families: the World Rookie Camp in collaboration with Madness Snowboard School. Beside the established contest for the under_18s, a 3 days Kids Camp for the under-16 will be offered. Part of the camp will happen in Mottolino Snowpark, where the slopestyle competition will happen in order to experience their first international event and see the ‘older’ snowboarders event (Ride with them!). 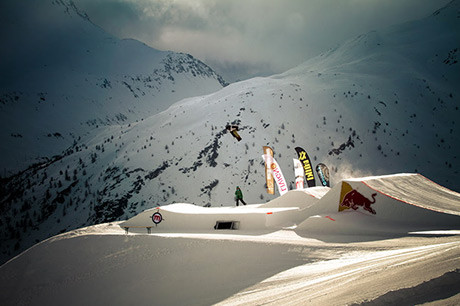 Note about all-inclusive package for the 2016 World Rookie Fest in Livigno:
– WRF All Inclusive Packages for riders, crew, coaches including: 5 nights in half-board in 3Star hotel (double room), check in 9th January – check out 14th January, 4-days lift-tickets, WRF event pass to all lifestyle activities and party, race inscription for athlets, gifts, at a fixed rate of 495€ in double rooms. For hotel no-show not communicated at least 5 days in advance, a penalty of 325€ will be charged to the national snowboard association. The name and address of your hotel will be communicated a few days before the event via e-mail or directly to the Race Office. Accomodation in single room: plus 75€.
– WRF Event entry fee (without hotel) for riders, crew, coaches including 4-days lift-tickets, event pass, race inscription for athlets, gifts at a fixed rate of 170€ to be paid directly at the WRF race office in Livigno.
– Kids Snowboard Camp: 3 days camp with 3 hours lessons per day and event pass starting from 100€, depending on the number of level of the partecipants. Lift ticket is not included.