Returning to Virgin, Utah for the 12th time, Red Bull Rampage once again cemented its status as the pinnacle of competitive freeriding. With only the starting point, outer boundaries and finish line defined, 20 of the world’s best freeride mountain bikers carved their own way down the near-vertical Navajo Sandstone Cliffs of the Southern Utah desert. 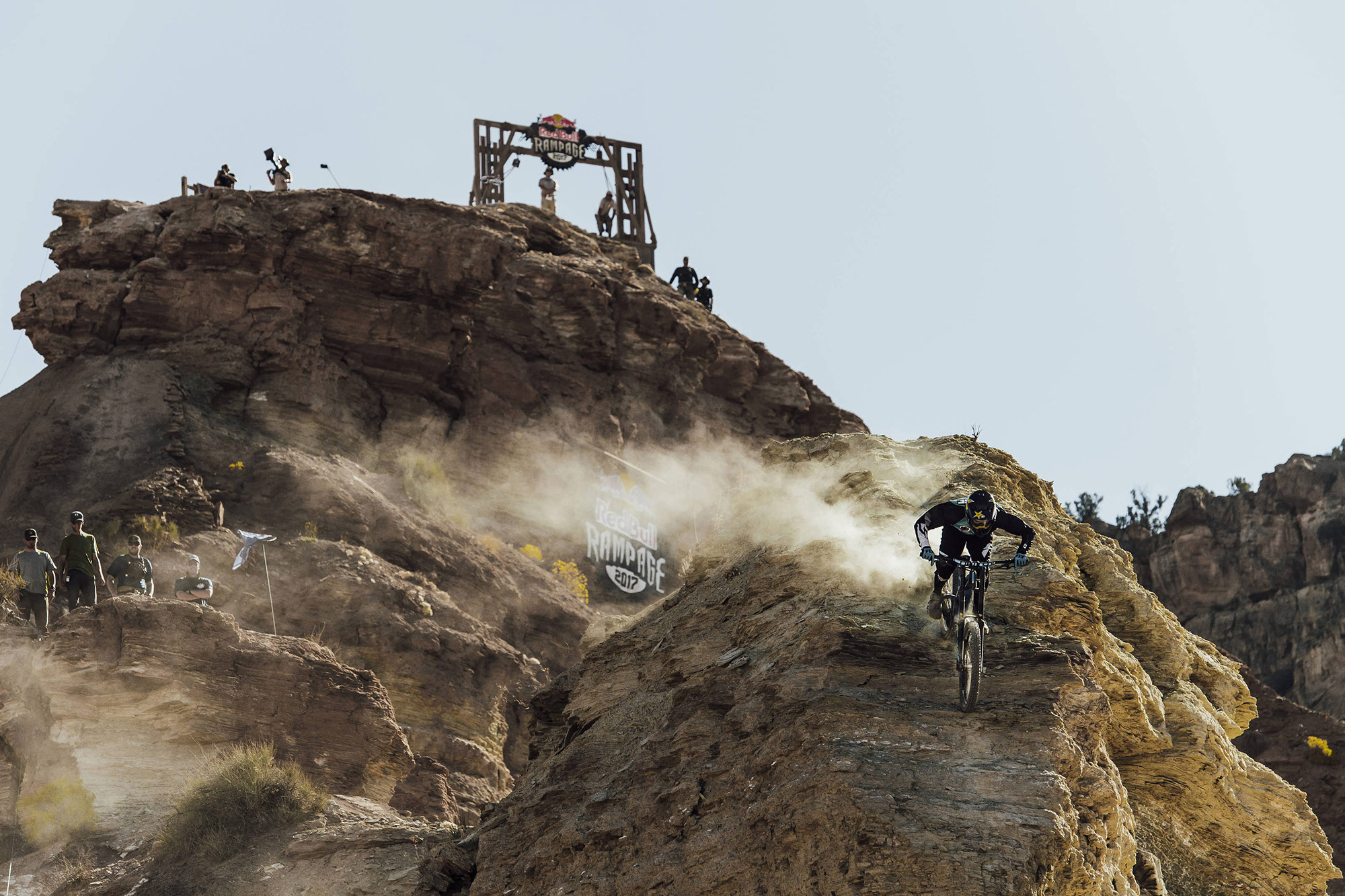 After 10 days of digging, building and shaping the near vertical cliff face of the venue with their two-person dig teams and 3 days of practice in the heat of the desert, the invited riders were ready to drop in. The result was one of the most spectacular displays of freeriding in mountain biking history. Here are the 5 things we have learned at Red Bull Rampage:

The terrain of the Utah desert is truly unique. No other place on Earth combines such spectacular topography with dirt as fine and grippy. As the event returned to last year’s venue, riders had the chance to revisit and improve upon their lines while an added ridge provided additional, fresh options. Most riders and dig teams chose to work on improving their existing lines and adding the features and elements to the mix they didn’t have time for in 2016. As a result, the thousands of spectators on site were treated to some of the heaviest freeriding in history.

Without having to worry about building the lower sections of their lines from scratch, Cam Zink (USA), Kyle Strait (USA) and Pierre Edouard Ferry (FRA), with their respective dig teams, worked together to create the steepest and gnarliest line in Red Bull Rampage history. Similarly, other riders went on to add jumps on the exposed ridge as well as massive drops and gaps to their lines. Many also used the chance to hash out kinks to improve flow and make landings a bit safer. Come finals, the result wasn’t only spectacular to watch but every single rider was able to put down at least one complete run.

2. The Hunt for the Rampage Hat-Trick

With two-time Rampage winners Brandon Semenuk (CAN), Kurt Sorge (CAN) and Kyle Strait (USA) in the lineup, the chase for the Rampage hat-trick was one of the main stories leading up to the event. However, it was Cam Zink, the fourth rider to drop in, who took an early lead with a run that started with the steepest line in Rampage history, followed by the biggest flat drop backflip ever landed in freeride mountain biking. He then finished off his run with another backflip and a stylish 360 on the final feature. The resulting score of 90.33 put Zink in the hot seat for the duration of most of the first runs.

As rider after rider came down it looked like Zink’s run might not be beat. Then Kurt Sorge dropped in. The Canadian started off his run with a unique double drop on the main ridge and followed it up with a big backflip tuck-no-hander. With three more trickable features in his line, Sorge sent another huge flip off of a big drop, shooting deep into the landing before finishing up with a suicide no-hander and a corked flip at the bottom to take the top spot with a score of 92.66.

Despite every rider stepping things up in their second runs, no one was quite able to best the scores of Sorge or Zink, so it all came down to the final two runs. Not wanting to settle for second without a fight, Zink upped the speed and amplitude in his second run, but a sketched out frontflip landing on the last jump saw him fall short in the end. As a result, Kurt Sorge took the win at Red Bull Rampage 2017 and became the first three-time winner of the toughest event in freeride mountain biking. 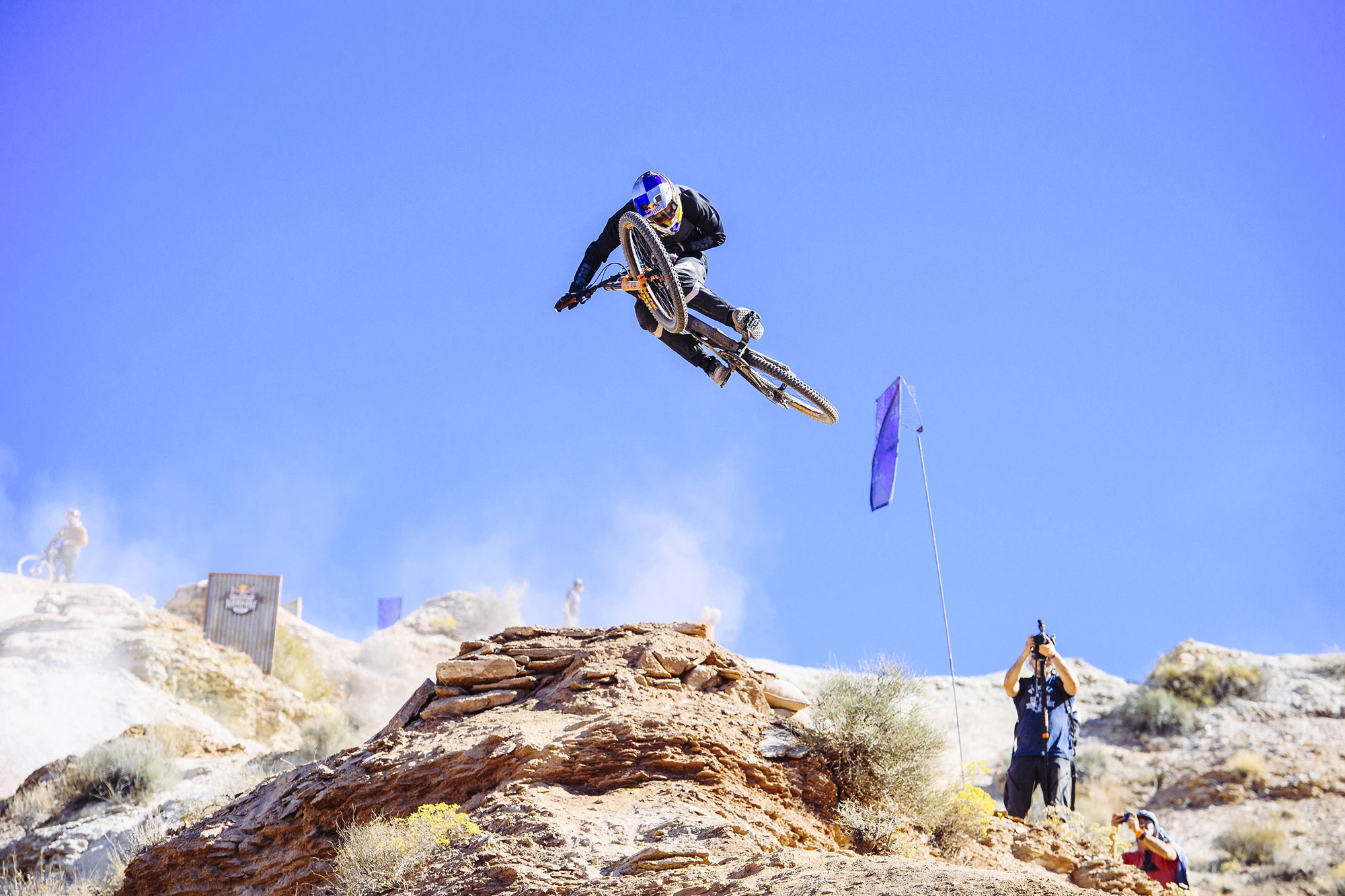 If there is one thing to take away from Red Bull Rampage 2017, it is that it felt like watching a continuous highlight reel. With every rider managing to put down at least one competitive run, it was one of the closest finishes in Red Bull Rampage history. Only 3 points separated 9th from 3rd showing just how high the level of riding was. Standouts included the insanely steep chute of Ferry, Zink and Strait as well as the variation of that chute by Andreu Lacondeguy (ESP), Vincent Tupin (FRA) and Bas van Steenbergen (CAN), the seemingly effortless opposite 360s by Thomas Genon (FRA) and the massive Caveman drop by Tom van Steenbergen.

4. Freeride vs Slopestyle vs Race

As in every edition, the Red Bull Rampage lineup features riders with diverse backgrounds. Some, like Darren Berrecloth (CAN) or Kyle Strait, are pure-bred freeriders, others, like Brett Rheeder (CAN) and Thomas Genon, are at the top of the game in Slopestyle, whilst riders like Logan Binggeli (USA) and Bas van Steenbergen have a background in racing. Aside of the unique and challenging terrain, these different approaches to riding the same mountain is what defines Red Bull Rampage. While the slopestyle guys look for any opportunity to get a trick in and the racers look to showcase their speed, the freeriders are drawn to steep lines, big drops and huge jumps.

The result is an event that sees a slopestyle rider like Antoine Bizet (FRA) sticking a trick-filled run that included a frontflip, a backflip and a double-backflip which also earned him the People’s Choice Award. On the other hand, former racer Pierre Edouard Ferry (aka PEF) took on the steepest line on the mountain and blasted down the cliff face at breakneck speed.

The podium of Red Bull Rampage however featured those that managed to build and ride a line that combined the best of all those elements. Fittingly though, the riders themselves chose PEF as Winner of the Kelly McGarry Spirit Award for his courage in guinea-pigging the steep start chute and his all-around positive attitude towards riding.

Reed Boggs (USA) and Ethan Nell (USA) both entered Rampage as rookies but stepped up to the plate big-time. Boggs recently moved to Hurricane, Utah precisely for the freeride terrain and dug what looked like a potential winning line. Unfortunately, he came up a few inches too short on his canyon gap in practice, with the resulting injury to his shoulder keeping him from starting in the finals.

Ethan Nell grew up within sight of the Rampage venue but came into the event as a bit of an unknown after receiving a wildcard. The 20-year-old looked natural on the big mountain hits and entertained the fans on-site with a solid first run before stepping up and delivering a run that included both a flatspin 360 and a backflip on the top ridge, a suicide no-hander over the biggest drop of his line and another flatspin 360 to finish things off. The resulting score of 90.00 catapulted him into 3rd place and sent the crowd wild.

With young riders like Boggs and Nell quickly climbing the ranks, the future of the sport looks very bright. 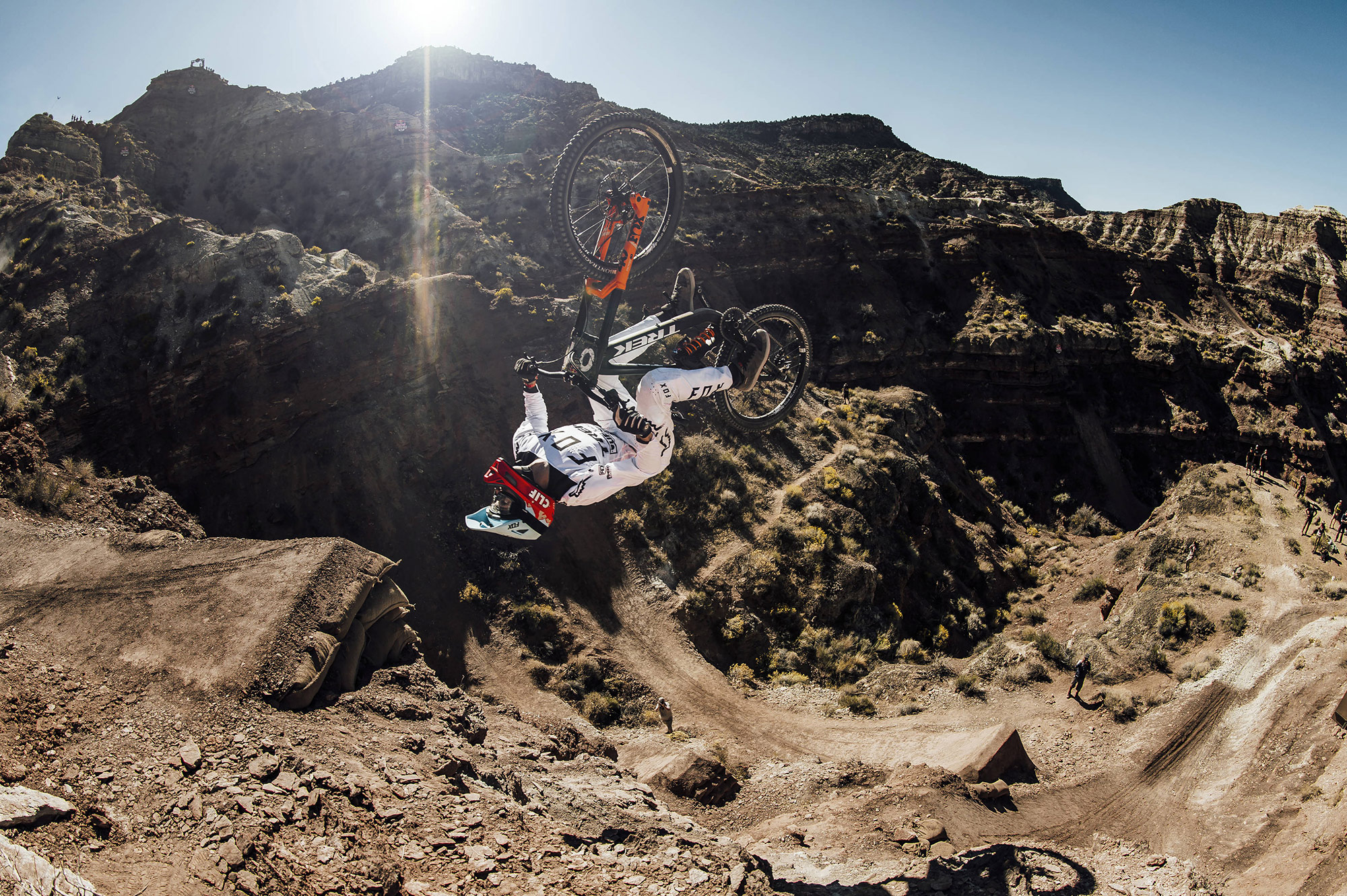 Missed Red Bull Rampage? Fear not! You can re-watch the entire live-broadcast and all the highlights on-demand and anytime on Red Bull TV!