Four months, eight countries, two continents and a summer full of breathtaking action and spectacular racing and it all came down to the final stop. The 2017 UCI Mountain Bike World Cup season was one of the most entertaining seasons in recent memory and with incredibly tight standings and a perfect season on the line, Val di Sole promised plenty of excitement and drama. The Italian resort did not disappoint. Here are the 5 things we learned at the World Cup finals in Val di Sole:

Nestled in the mountains of the Northern Italian region of Trentino, Val di Sole is known for its uncompromising courses and passionate fans. This weekend’s finale to the 2017 season did not disappoint with both individual wins and overall crowns on offer and some of the best riding of the season. With only the slimmest of margins separating the top male and female Downhill athletes and a perfect season on the line for Nino Schurter (SUI), the fans lining the track were truly in for a treat.

Catch all of the breathtaking racing excitement of the season’s finale on VOD replay including special in-depth interviews and surprise special tributes with the newly minted UCI Mountain Bike World Cup Champions led by the Red Bull broadcast team of Rob Warner, Claudio Calouri, and Bart Brentjens – only on Red Bull TV.

Tahnée Seagrave (GBR) conquered the challenging track in Val di Sole for her 3rd win of the season, topping Myriam Nicole (FRA), and Tracey Hannah (AUS). However, it was the French fan favorite Myriam Nicole who won her career-first Overall World Cup, with her 2nd place in Val di Sole, 2 World Cup victories, and consistent placings all season long. Seagrave and Hannah round out the season-long podium in which fans saw the most competitive women’s downhill racing in history.

3. Gwin Wins the Battle and the War.

The American Aaron Gwin – last rider on the course as the fastest qualifier – pulled out all of the stops to win on the demanding Italian track a claim his 19th career World Cup victory. Gwin’s win in Val di Sole marks a hat-trick as his 3rd consecutive Overall World Cup title and 5th of his career. The much-anticipated battle with Greg Minnaar (RSA) for the title was one for ages with only 0.12 seconds separating the two in qualification. Minnaar pushed the pace on race day and posted impressive split times before a rear puncture ended his championship aspirations and left him having to walk his bike across the line. The French trio of Amaury Pierron, Loic Bruni and Loris Vergier and Austrialian Troy Brosnan rounded out the podium.

Jolanda Neff (SUI) caps a season marked by injury with a hard-fought victory on the demanding Italian XC course. Neff’s 9th career World Cup win was all the more special as it was also the first one for her new Kross team. Yana Belomoina (UKR), who clinched the Overall World Cup title and Maja Włoszczowska (POL) racing with a broken wrist, both had amazing rides to finish in 2nd and 3rd place on the podium. With 3 World Cup wins and 6 straight podiums, Belomoina finishes the season-long battle for the overall title in impressive form, with Włoszczowska taking 2nd and World Champion Annika Langvad (DEN) taking the 3rd in the overall ranking. 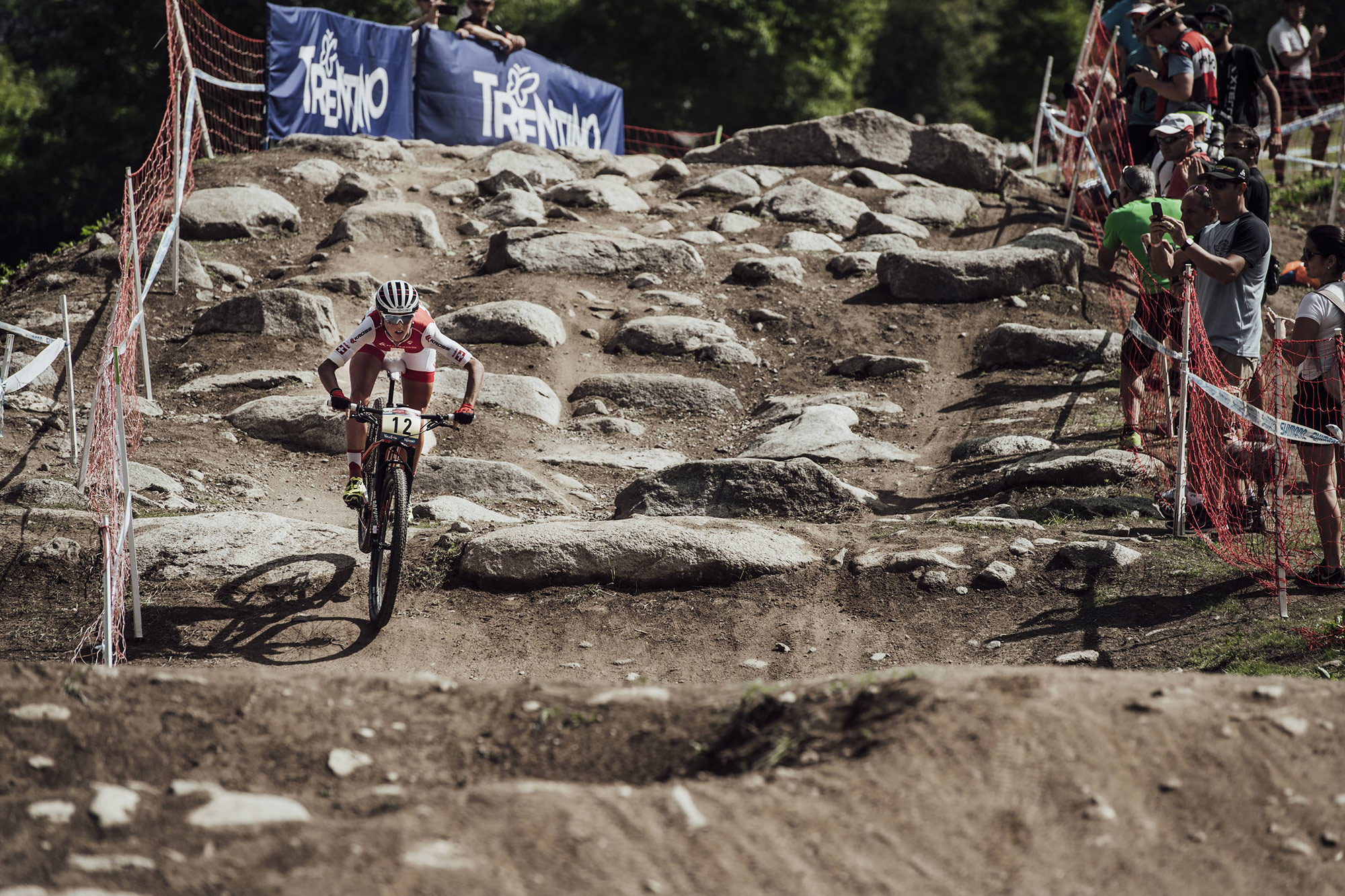 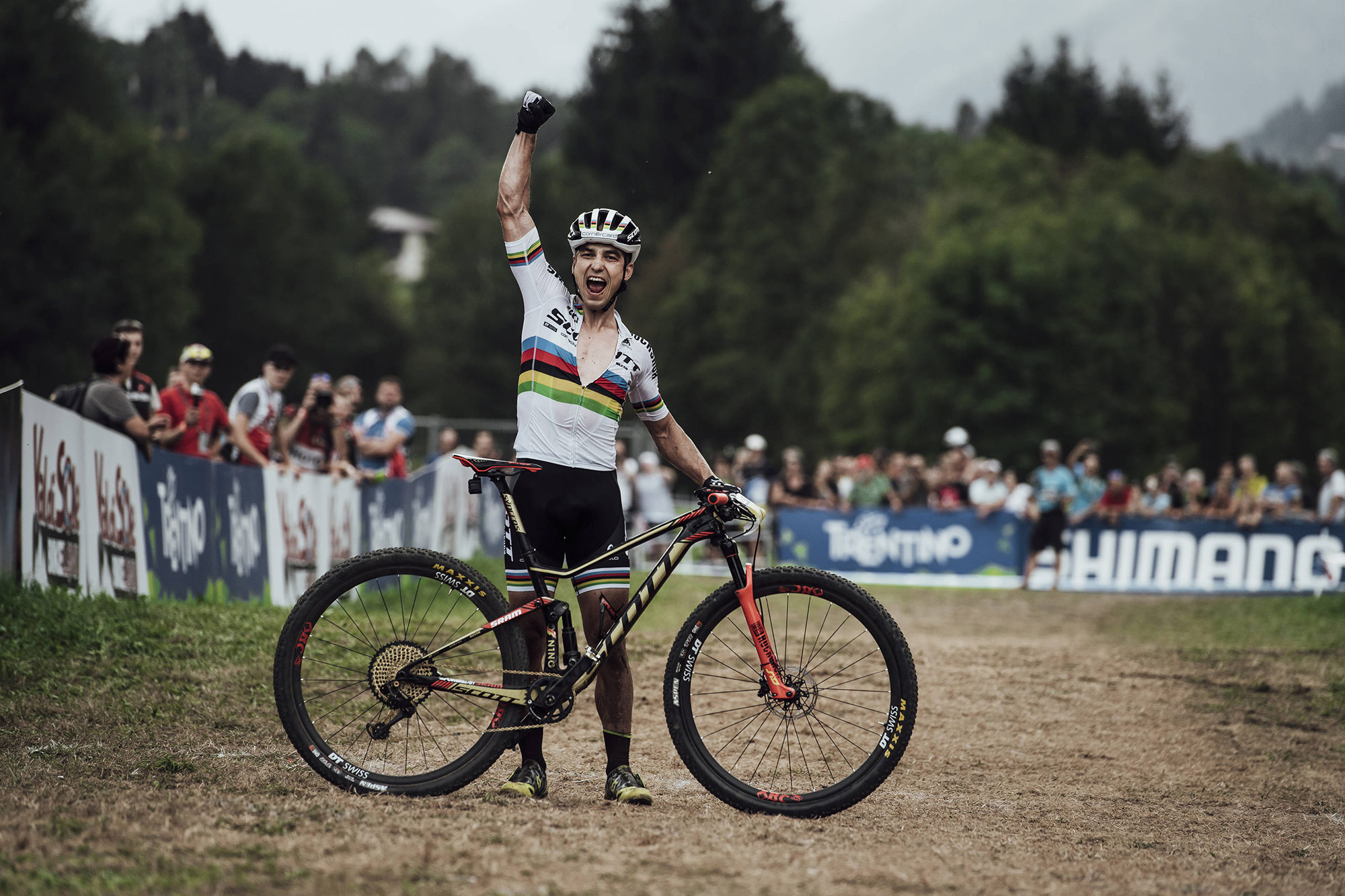 Re-watch round nine of the UCI Mountain Bike World Cup 2017 free of charge and on-demand at redbull.tv/uci and get the latest on everything bike related on the Red Bull Bike Channel at redbull.tv/bike.