SWUP Yard, RITM Media in collaboration with the Campo Felice Spa present the first Banked Slalom in the history of the Apennines.

The date is one of those to mark on the calendar On February 21-22, 2015 Campo Felice (AQ) will host the first edition of A Banked Slalom, the Banked Slalom of the Apennines.

This is a timed race open to all snowboarders: freestyle, freeride, jibber, old and new school. The riders will compete along a path created especially for this contest. 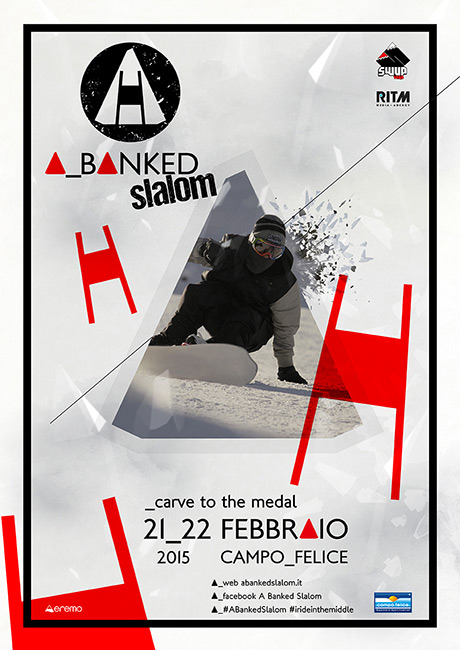 Famous on the international scene, the banked slalom arrives in the Apennines with a formula based entirely on the fun and adrenaline.

Whether it is for the spirit of participation or for the passion for speed, be prepared to push yourself to the limit. Skills will be your lifeline!

In this type of race the only judge is the time. The only rule is to push the table as fast as possible to the finish line, following the track and choosing the best line.

If you want to defy the laws of physics and battle with your friends you can not miss this first appointment with A Banked Slalom.