This young frenchman knows how the business thing works! He’s only 21, but he’s aimed to get high and cover all the snowboarder heads with Landing wool! Sir and Madams, let’s enter the Alix Gindre World…

Well, I’m 21 from Lyon in France and I’m still a Student, I’m currently in business/marketing school but I’ve been studying product design too. It’s not easy to manage studies with the work I’m doing at Landing, we’re just two in the company and I have to manage the production, team relations, international stuff  and many other things, but that’s the job and I love it.

2.Your name gets louder if associated to the Landing one, your creature. Tell us how does you started and why…

It started a few years ago, I just wanted to wear beanies as cool as guys like Lauri Heiskari, so a friend of mine from Canada and myself came up with the idea to launch a homemade headwear brand, a while ago from now and homemade hats were so trendy! I found the name, Landing with a logo and that all started.

3.Are you the only one behind Landing or is there someone else helpin’ you?

Hopefully I’m not alone, my partner, Kanako is working with me, and we’re forming a great team, we’re working together and we’re taking decisions together. We really have the same goals and the same motvations and we’re trying to push up the brand as much as we can.

4.Why Landing? What does it mean?

It was at the time of the first Robotfood movie, Afterbang. Afterband…Landing… it matched perfectly! I found last year that it also matches with my name Ali Gind, crazy huh?!

5.Landing started being famous after being seen covering many famous rider heads: was it a strategy or you just know them and gave em some hats?

It’s  all about Strategy haha! Sometime it’s just a coincidence, just like a photo of Erin Comstock wearing a hat on snowboardermag. It’s cool, it really means that people like what we’re creating.Of course it helps a lot to have guys like Torstein or Stian in the team, they got a lot of coverage, we talk about the guys.
We picked up Stian Solberg to the team when he wasn’t famous yet, he supported us from the begining and now that’s the second year we’re working with him on a pro model, he’s getting famous and we’re proud about that. Next year’s Stian beanie is pink, you’ll see it’s hot!

6.I noticed Landing now define a certain style of rider: is it intentional ?

It’s not really our intention. The thing is that we have a lot of  Euro riders in the team and in Europe it’s not really like in the US, with crazy different steez, but each one of our riders as a different style, and we’re really stoked about it. There is no type of Landing riders, every riders as its own personality. All that matter is they enjoy snowboarding as much as us, they’re talented and they’re 100% supporting the brand. Landing is for everyone, and we want everyone connected to the brand.
We’ll try keep it that way!

7.Why do the hat is so hot in snowboarding,  whrere there are so many accessories?

Maybe because it’s the thing you see the most as an accesorie with goggles and you can wear it easily.

8.At the moment Landing is synonimous of hats&beanies, could be anything else in the next seasons? Have you never thougt to enlarge Landing collection by producing different accessories or else?

We’re coming up with some hot pieces for 0809 with allover zipped hoodies and a bunch of super nice teeshirts all matching with our new beanies and bandanas and it’s just a start!

9.General projects for the next seasons? A Landing video, a Landing camp…

Aha it’s fun you’re saying camp because actually there is already a Landing camp but there is nothing about our brand, it’s just the name of a snowboard camp in Spain. Anyways, we are going to be a sponsor of a couple of videos coming this fall , one of them is JoyTron, a small production from Canada, made by one of our canadian guy, take a look at their Blog, Joytron prodz. they’re using inovative camera techniques and it looks great, their first movie is going to be called Alpha. We’re  also official sponsor of the Avoriaz Snowzone and Chamrousse Sunset park in France.

10.Like many company out there, have you never thougt about collabs with other brands?

Yes of course, but to make a good collaboration you have to find a brand as famous as yours with the same inerests, a brand working on another market that you can’t reach as a snowboard brand, and it’s not easy to find but we’re working on it.

11.How important is the team for Landing?

It’s like super important. We’re trying to work as much as possible with our riders to know what they like, we’re looking at what they wear. Everyone of them is digging our products, they really heart the brand and that make us happy. We don’t really have a team budget as we’re a petty small company but we’re trying as much as possible to help them when they need a sponsor or a contact somewhere. We want to push them up as much as possible. We added a lot of kids and step by step people hear about them. You’ve probably never heard about at least half of our team riders but I can tell you that they’re doing their job in their part of the world.

12.What do you think about Behind Mag?

13.Thank you very much Alix, Behind is proud to have you as supporter…

I just would like to thank everyone who are supporting us in buying a hat, the guys at Rome SDS, Andre, Mike and the guys at Nomis, Stephen at Eesa, Xavier at Spy, Scotty the body, our friends for helping us no matter what, the whole Landing team and you guys at Behind. 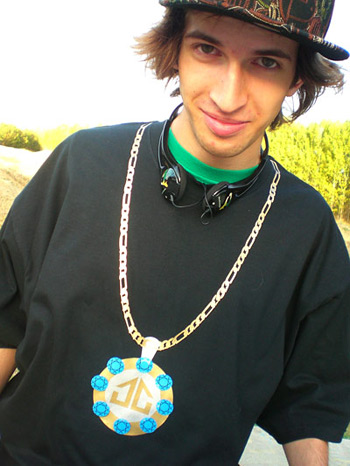 In the next few days we’ll publishing the entire Landing collection in some Sho-Wroom special issues. Stay tuned and in the while go check landingheadwear.com