As usual all DaBoot crew spent the first week of November at EICMA, the Motorcycle Tradeshow of Milan. Under the direction of Alvaro, helped by team members Vanni, Miki and Bianco, the whole team has performed three times a day for four days, with a new format of great impact that has been very well received by the public.
Wednesday the whole day was dedicated to bike therapy, with more than 300 disabled children who have walked through the stands of the fair accompanied by riders, and then have the opportunity, given the bad weather that has not allowed to jump, to take a ride on KTM electric bikes accompanied by riders. 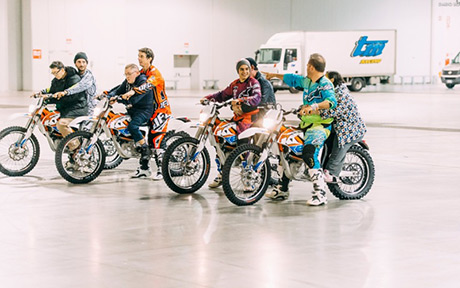 A few days later the crew went to Genova Supercross, which saw DaBoot in the leading role again. Alvaro, there as event director, has studied a show specifically for the occasion toghether with Oddera and Bianconcini, who then participated in the show along with Botteon, Rossi, Caresana, Ponta, Zucconi and Zironi. Guest star of the evening: Blake “Bilko” Williams. 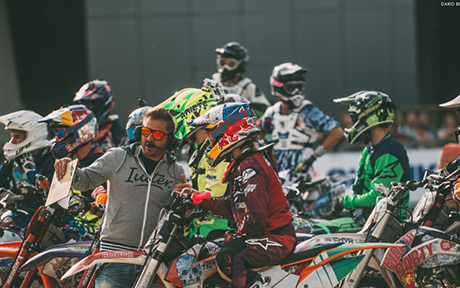 Alex Barbero, renowned rider of the world BMX scene and long time friend of Alve, some time ago spent a few days in Beluno for a training session in Alvaro’s foam pit, to take confidence with the metal fmx ramps in view of his participation at the Masters of Dirt Tour.
The strong bmxer was immediately capable to adapt to the situation, unleashing combo tricks and backflip combo repeatedly. Knowing him, we had to expected this!

After Red Bull X-Fighters last stop in August in Pretoria, and last stop of IFMXF last week in Frankfurt, Alvaro’s judgeing season is finished. It will start again in January 2015 with the resumption of IFMXF tour and European championship.

The FMX school continues. During last summer and autumn there was a good response from the students. We hope for good weather to be able to fix other appointments in December.

The KTM Candy Edition continues to have a lot of success. 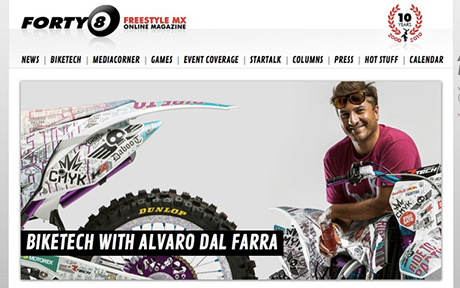 After the posts on web and social media from Freestyle Extreme Mag and Alpinestars the bike has been exposed at the Rtech stand http://store.rtechmx.com/ at EICMA. Visitors and industry professionals appreciated.

Also ESPN Brazil and Forty8.de are talking about it!