Andreu, 22, and his brother Lluis, swapped the cold European winter for the balmy Australian summer during a four-week holiday Down Under, and took time out to hit the 2008 Dew Tour champion’s infamous dirt jump line that is widely regarded to be one of the world’s biggest trails.

“The line is just amazing!” Andreu says. “It’s probably the best spot ever, man. You are hitting those 10ft ramps so fast, and they send you very high. It’s just the best fun ever.” 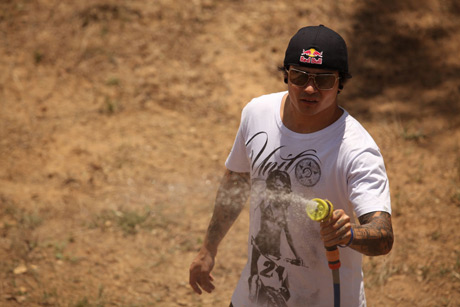 Lacondeguy wasn’t content to just flow through the line, and threw all his biggest tricks over the massive booters, including his trademark Superflip Indies, 360 Nacs and boned-out Superseaters.

“Watching Andreu on those jumps was one of the most amazing experiences ever,” says Unit filmer Allan Hardy. “He has such a flamboyant personality, oozes confidence, has incredible style on a bike, and when he crashes he springs back up like a cat. He really is a freak!” 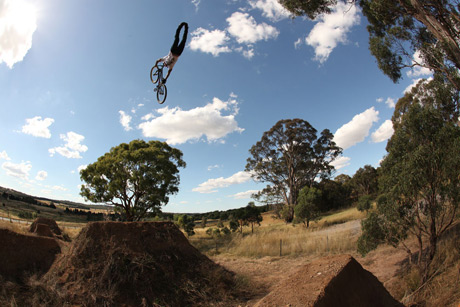 Thanks: Darren Pokoj, Cam White and Family, Tom Dykes
Stay in touch with Andreu on his official facebook fanpage: www.facebook.com/AndreuLacondeguyOfficialFanpage