Last year’s Crankworx Whistler slopestyle winner Andreu Lacondeguy recently broke the scaphoid bone in his right hand during a training session. The Spanish young gun already had surgery and got a small screw implemented to fix his bone. But Andreu won’t be off the circuit for too long.

Andreu’s new season started pretty well, winning the White Style winter slopestyle comp in Leogang at the beginning of this year. Afterwards, Andreu and his brother Lluis rode their own spot called “Laconland” a lot, as well as Andreu had some FMX sessions with his buddy Edgar Torronteras, too. When you ride and train a lot, it also means you crash sometimes, of course. Andreu is used to that: “I have had some problems with my hand for a few weeks now. But it wasn’t that bad. I mean, it didn’t hurt that much, so I didn’t go to the doctor. But man, after a really hard crash a few days before, I knew that it is broken and had to do something about it. I’m just back from the doctor now and had surgery on my scaphoid bone, it went perfect. My hand is not at 100% at the moment, but it will be in a few weeks. I will ride a lot of trails before doing my biggest tricks again. I will also ride the moto track before I hit the ramps again. I think that I’ll be back for the ANTI Days of Thunder. After that event everyone will see the craziest Lako ever! (laughing)” 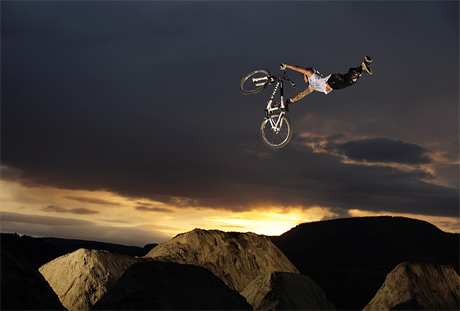 So let’s see, if Andreu is already able to ride the 26TRIX, which is scheduled just one week after the ANTI Days. The best option to meet Andreu again is probably the BIG IN BAVARIA during the BIKE EXPO tradeshow in Munich at the last weekend of July (for free tickets and detailed information, please visit www.bike-expo.com and www.myspace.com/biginbavaria). Let’s see which tricks Andreu is thinking of, when he promises to show himself as the “craziest Lako ever”. 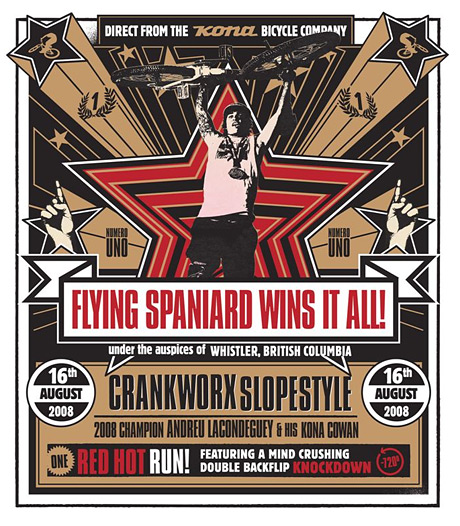