From September 19th to 22nd 2013 the final UCI Mountain Bike Downhill World Cup stop as well as the UCI Four-Cross Worlds are taking place in Saalfelden Leogang. Once again the holiday region in the Salzburger Land will attract mind-blowing world-class mountain bike action.

It wasn’t a very hard decision for the International Bicycle Association’s (UCI) to bring another big biking event to Saalfelden Leogang. After successfully hosting the 2012 UCI Mountain Bike & Trials World Championships in the two partnering municipalities, UCI did not need any more convincing about the event site – Saalfelden Leogang. 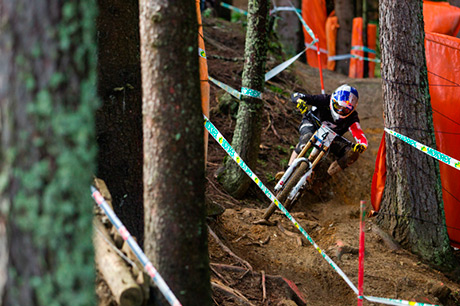 “You could feel the enthusiasm throughout the entire region. Staff and volunteers were fully motivated. The local residents accepted the announcement of a major event with high spirits. I think we did and will again present a well-organized and impressive mountain bike event to the world. Of course we were very pleased about the UCI’s explicit commendation. By awarding Saalfelden Leogang with another world cup stop and the World Championships was a pretty nice confirmation of our work here in the past”, comments Stefan Puehringer, head of Saalfelden Leogang’s tourism association. 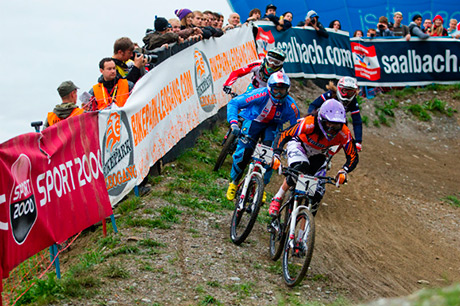 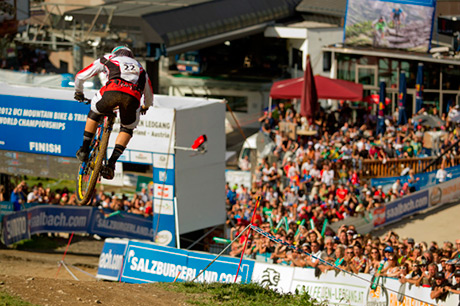 The UCI is not only speaking of the exemplary hosting of the World Championships, but also in terms of public interest and attendance at alleged smaller bike disciplines: Last year, thousands of fans headed to the city center of Saalfelden to watch the trials competition, a public exposure to which trials biking is not familiar with. The organizers are once again hoping for a broad turn out, when it comes to the big Four- Cross and Downhill races at Bikepark Leogang in September. 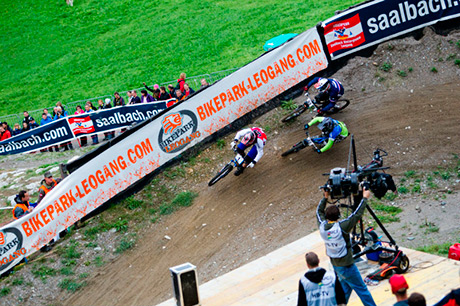 One week before the official Four Cross World Championships, the top riders will get the chance to practice in real race conditions during the last stage of the Four Cross Pro Tour (September 14th-15th). Who knows, this contest could give us a big hint about who will be victorious the following week.
As always with Saalfelden Leogang, an entertaining and diversified side program is part of the deal. Further details to be published soon.

All information about biking in Saalfelden Leogang can be found from August 1st, on the region’s new Bikechannel: http://bike.saalfelden-leogang.com