As bike fans draw closer to the off-season, the Biketember Festival from September 18th to 20th is an unmissable event for passionate bikers. More tough races, expo areas with the hottest new products and a vast side program including a whip-off contest and a party, is the perfect ending to another great year in Saalfelden Leogang.

Three racing series will be celebrating their final stages at the Biketember Festival in Saalfelden Leogang. For the first time since the UCI Mountain Bike World Championships 2012, Saalfelden will be the venue for a demanding cross-country race. In the Bürgerau district, racers will compete in the Europacup race (XCO C1). Who has the best technique and stamina to come out on top in this head-to-head competition? Standing right next to the action, spectators can really enjoy the action from up close. The youngest athletes (U17, U15, U13) will be the first on track on Saturday from 11:00 am. Then the following day, on Sunday from 10 am the juniors and elite riders will take on the course. More information about the Europa Cup can be found here: http://bike.saalfelden-leogang.com/en/events/2015/biketember-festival-2015/cross-country-xco-2015/

In the final race of the Specialized-SRAM Enduro Series in Leogang and Saalbach Hinterglemm, Raphaela Richter and Michal Prokop will have to break a sweat if they want to dominate the field and take home the title. The exciting combination of fast downhill action and steep technical uphill climbs will push the athletes to their limits on Sunday, September 20th at 8 am. Click here for more information: http://bike.saalfelden-leogang.com/en/events/2015/biketember-festival-2015/specialized-sram-enduro-2015/ 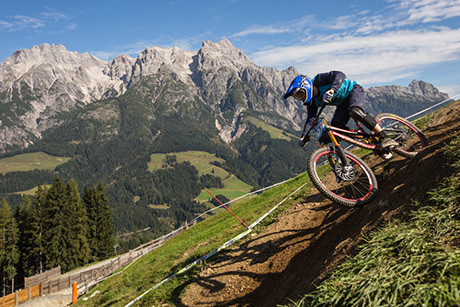 The Biketember action continues on Bikepark Leogang’s “Speedster” world cup track. This high-speed track will be the venue for Europe’s fastest racers in the iXS European Downhill Cup. German rider Johannes Fischbach will be in Leogang to retain his current lead in the series standings. Eleonora Farina from Italy is leading the women’s rankings. All the racing action will take place during the Biketember Festival from September 18th to 20th. Finals start on Sunday, August 20th at 12:30 pm. You can find more details here: http://bike.saalfelden-leogang.com/en/events/2015/biketember-festival-2015/ixs-downhill-cup-2015/ 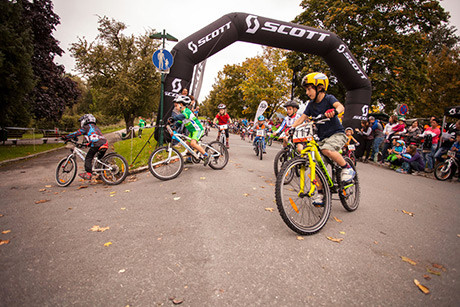 Even the little rippers can enjoy the Biketember Festival in Leogang. The SCOTT Junior Trophy is for kids between the age of 3 and 16 and their course leads around the beautiful alpine Ritzensee. Parents, grandparents and friends will be thrilled to watch the little nippers race on the special designed 250m / 820 ft to 6km / 3.75 mi long tracks. After the race, nothing stands in the way of a refreshing swim in the lake or a family tour through the Pinzgau. E-bikes are also available for those looking to enjoy a relaxing weekend escape. Get more details with one click here: http://bike.saalfelden-leogang.com/en/events/2015/biketember-festival-2015/scott-junior-trophy/

In between the contests there will be countless activities such as a whip contest, open to professionals and amateurs. Not long after the world’s biggest bike trade show, Eurobike, the Biketember Festival team and expo area will give visitors a sneak peak at the hottest products coming to the market. On Saturday evening, the Austrian musicians „Urban Contact“ will electrify partygoers at the Ö3 party. More information can be found here: www.biketember.com