After a successful 25 years in skateboarding, Rune is celebrating this epic milestone by throwing one hell of a party.

On the 18th of June, from 15.00pm to 21.30pm, ‘The Silver Anniversary’ will be held in Copenhagen’s newly revamped Foelledparken Skatepark, which is already being quoted as ‘the sickest skate park in Europe’. 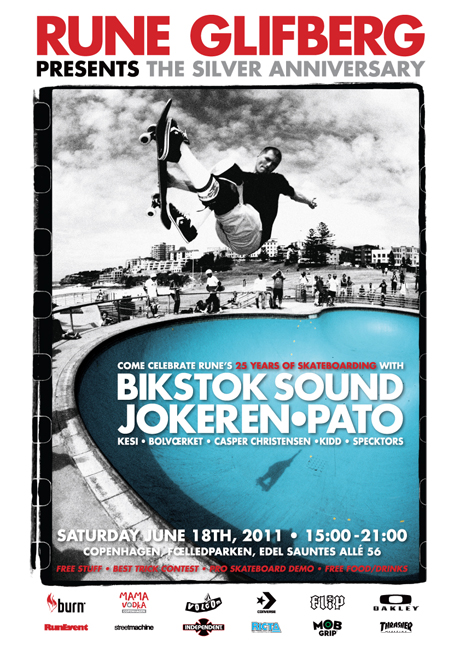 The session has been designed to bring the skateboard community together for a day of skating, music, food, trick contests and beer consumption.

Burn skaters ‘local boys’ Rasmus Sand and Jonas Skrøder, Swedes Albert Nyberg and Jean-Marc Soulet plus Norwegian Kevin Bækkel, will be joining Rune and his heavy hitting invitees to give the new park an epic beating.

‘The Silver Anniversary’ is an event Burn are stoked to be part of. We are thrilled to have Rune onboard and fully support his ideas and creations.