Crankworx Les 2 Alpes is back again for 2013 and will take place July 6–14, 2013. In its second consecutive year as a major freeride mountain bike festival across the Atlantic, Crankworx Les 2 Alpes will be host to one of next season’s biggest, most critical events for the Freeride Mountain Bike World Tour (FMB), one stage of the new Enduro World Series and the annual Free Raid Classic.

“We are so excited to be back working with Crankworx and Les 2 Alpes for 2013 and to be integrating the hugely popular Free Raid Classic in the festival next season,” says Seb Chovet, Global Manager of Ayton Concept. “In our second year, Crankworx Les 2 Alpes promises to be an exciting nine days of events. We look forward to hosting the world’s best mountain bikers and spectators alike and we are thrilled to add a stage of the Enduro World Series as the opening event of the festival on the Saturday 6 and Sunday 7 of July.”

The Free Raid Classic has operated on its own during the past 8 years in Les 2 Alpes but will happen under the Crankworx umbrella for 2013. This famous event hosts product demos and bike freeride route events from July 12 to July 14. Crankworx is known for hosting already acclaimed high level events in at Les 2 Alpes and the Free Raid Classic will fit perfectly within Crankworx’s roster, having hosted 3 200 riders previously in 2012. 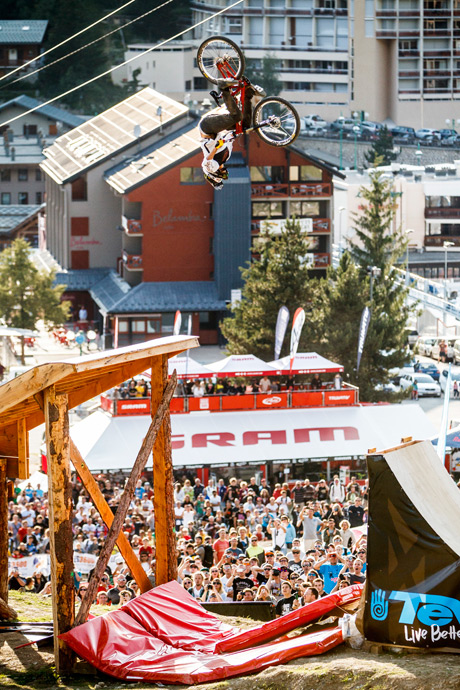 Crankworx Les 2 Alpes will take place July 6–14, 2013 and is the only Crankworx event held outside of North America. This event is presented in partnership with the tourism office of Les 2 Alpes and Ayton Concept of France. Crankworx Whistler will host its tenth anniversary and will take place August 9–18, 2013. While nine years of awe, next level action and epic moments are a tough act to follow, next year’s event will deliver a celebration worthy of the world class athletes who support the competition year after year. Crankworx Whistler is presented by Whistler Blackcomb and the Whistler Mountain Bike Park.