Albstadt, Germany is set to showcase the second Cross-country (XCO) battle of the season during round three of the UCI Mountain Bike World Cup presented by Shimano. Just a week after the wild season kickoff in Nové Město na Moravě, Czech Republic, emotions are still high and riders are eager to continue the clash. Can Switzerland’s Nino Schurter, who won the Czech contest, tighten his grip on the top of the leaderboard? Will Denmark’s Annika Langvad, who charged to the women’s crown in Nové Město, build on her dominating early-season performance?

See it with your own eyes, live on May 28, and on demand anytime, only on Red Bull TV!

In the heart of the Swabian Alb just outside Albstadt, this physically demanding course is no piece of cake. Each 4.2km lap serves up two long, steep climbs alternating with fast and technical descents like the notorious “Devil’s Corner.” Riders must take risks to gain an advantage, and if it’s raining, this course will turn slick in a heartbeat. Albstadt’s mass of exited and loud fans will show up in force for the “Battle for Europe” as the men who went one-two on the course in 2016 – Olympic Gold Medalist and multi-time World Cup and World Championship winner Nino Schurter of Switzerland and France’s Julien Absalon, arguably the best XCO athlete in history with seven overall titles – continue the greatest rivalry in mountain biking. 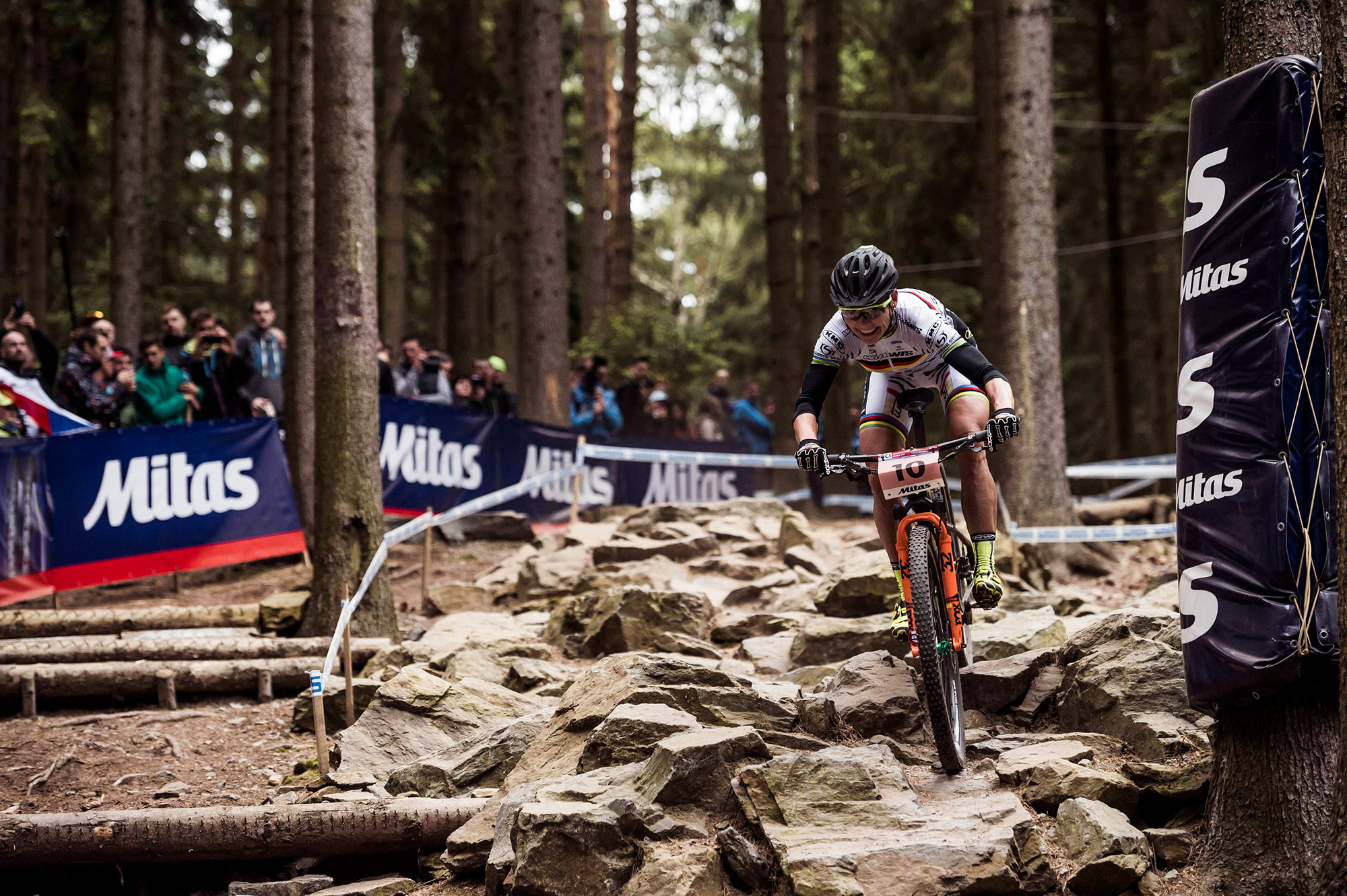 The women’s field is stacked with standouts. World Champion Annika Langvad (DEN) took the win in Nové Město with an impressive margin and will be a hot favorite for another win. 46-year-old, but seemingly ageless, Sabine Spitz (GER) retired from her retirement announcement and showed amazing form in Nové Město by taking 2nd place. Albstadt is Spitz’ home race and she will be more than eager to take a win in her home county.

Canada’s powerhouse pair of three-time World Cup overall Champion Catharine Pendrel and young Canadian Champion Emily Batty – both podium headers from last year – are also strong contenders for the podium and, having finished outside of the Top 10 in Nové Město, will hit Albstadt with a vengeance. Norway’s Gunn-Rita Dahle and Switzerland’s Jolanda Neff are also aiming – and able – to leapfrog over all of them. It’s going to be a make or break race for many as the short XCO season will already be well under way. 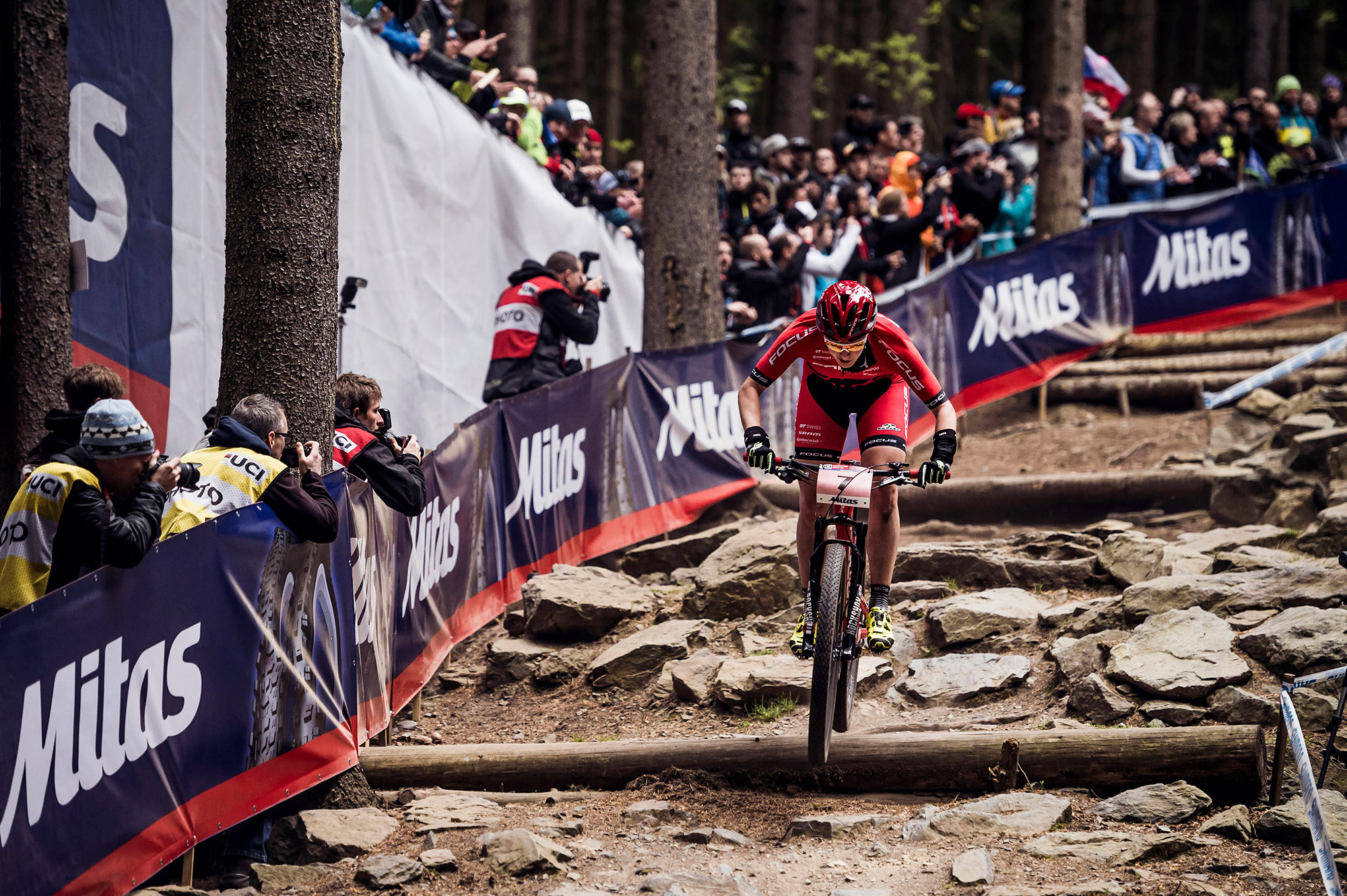 Watch round three of the UCI Mountain Bike World Cup 2017 free of charge, live and on-demand, at redbull.tv/uci on Sunday, May 28. Women’s coverage begins at 9:00am UTC, followed immediately by the men’s live broadcast beginning at 12:00pm UTC. And get the latest on everything bike related on the Red Bull Bike Channel at redbull.tv/bike.