I knew Daniele Zennaro some years ago, while I was dating a girl who lived with him. Me and my buddy Power were heading to Milan as much as we can ’cause Milan was so fuckin’ fun. This guy was speaking in a strange way, living in his own world; but he was a smart guy and he got this huge mac in the very middle of his messy room. We had fun with him and some years later I remembered of him ’cause I saw his name in the filmer list of a snowboard video. So I started searching his name on google and found he got a website, danxzen.com..whaaat? I tried to get in touch with him via myspace and all those technological stuff….and here is the result..

Hi Daniele, I call you daniele ok? What else the registry office know about you?

Well, I was born in Trieste on april 24, 1979, and now I live in Milano since 10 years, where I’m searchin’ to do the videomaker under the name of DanxZen…to please the Italian xenomania.

I save some picture of you while I met you in Milan: a crazy drive in the very middle of a narrow Parking, Slow hands by interpol and Heavy Metal by Cor Veleno as wake up alarm, your ikea bed half mounted and reinforced with a snowboard under the mattress. The only thing that seemed worked was that huge apple monitor 24/7 always on. What changed since those days?

My car R.I.P., but now I live in a bigger crib, with less punk roommates but the apple monitor is still there and working…to tell the truth the monitor has doubled. All my works are inside that aluminium monster, where I edit ’em, post produce and watch X-rated films.

A really old poster, black&white picture, a guy is jumping down a huge monument…

Good ol’ times, that was a broke clothing add, my first sponsor back when I skated seriously..

Which is your first memory related to the camera?

An old Seleco Hi8..I used it to simulate the fall from the stairs..I used it also to edit the clip that made me find my first skate sponsors… 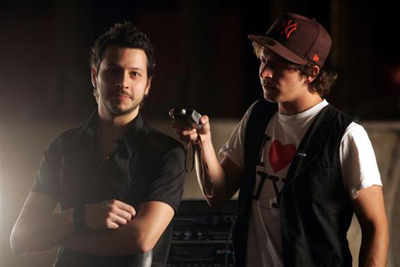 They’re two completely different words, concepts, shots, way of working…I’m for filming of course, ’cause I can’t do anithing other at this point…ahah..

I saw your works and noticed that you’re deeply into music, skateboarding and some snowboarding, too…future changes of directions?

I’m tryin’ to enter the ex-rich advertising world, but it ain’t easy! I collaborate with nickeodeon and comedy central, mainly for promos…but the 90% i make videoclips, with even poor budgets.. 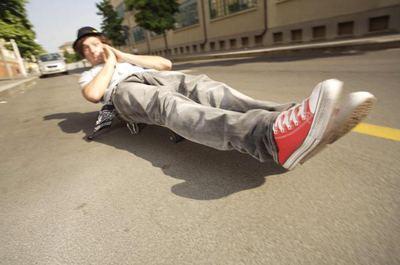 Where do you live now?

In Milan, close to Paolo Sarpi street, China block. It’s not that, bad, people are doing their business and don’t care about hi-volume music and skateboarders…

Do you think skateboarding finally reached a steady recognition? Or we’re gonna face another crisis like ’90 one?

..You know, media influence is really important for a sport to get recognition. Many skaters are into advertising right now, or they’re producers..for this reason you can see so many skater in promos and ads..it’s our Freemasonry!

What will you do tomorrow?

Sleep till 11, then wake up and skate a little bit, then I’ll work from 5 pm to 8 pm, then I’ll go to a nike appetizer party..it’s a really hard work… 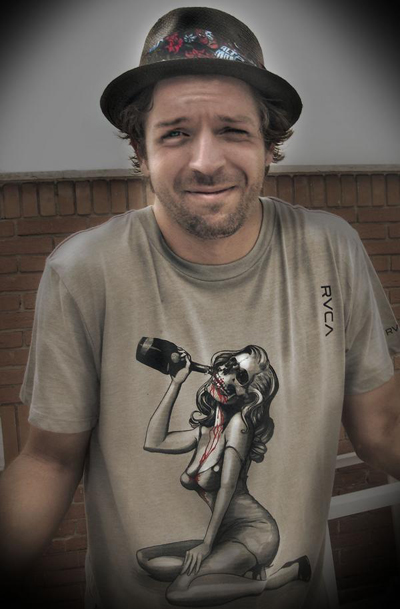 Ok Danxzen…can I call you Danxzen? Say Hi or thanx to whoever you want!

Ok, Hello to Chuck Norris, Bella Donna, my neibourgh and the greengrocer..no skate, no future!