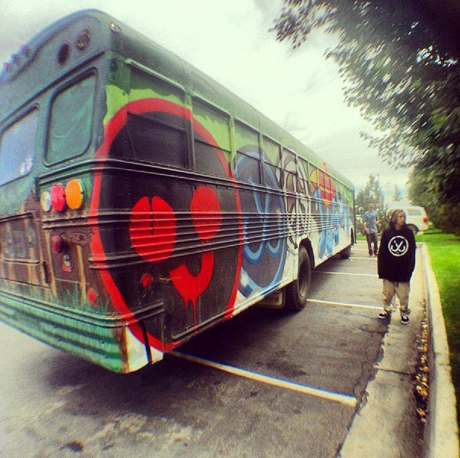 The Gremlinz is the real breath of fresh air in the snowboard scene. At the same time, they didn’t invented any trick or look. So what’s the deal? After a decade of full throttle innovations and innovators, of continuous pushing the limits, Gremlinz brang back the main factor that made snowboarding so big back then: FUN. They have fun, they shred real good, they live togheter in a big house and get around togheter in a painted grease bus. They are part hippies, part stoners, part athletes and a good 50% conscious guys that love mother earth and live in order to preserve her.

Hi guys, so where all that Gremlinz thing started?
Rutalnd, Vermont was where it all started when The Kid got a camera and started filming everything we were doin and made it into the first GBP video “Treasure’s Chest”, and that just made everyone want to film and make a new video every year.

Obvious but mandatory question: why Gremlinz?
The sync up with the Big Bear homies was when Gremlinz name came about because the group was multiplying and it had the same vibe, all mobbin as a pack. 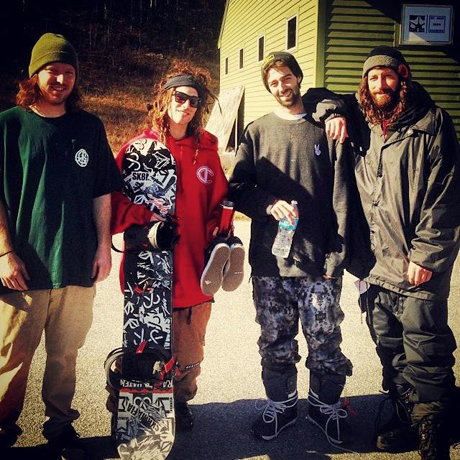 You’re mainly from Vermont, East Coast. But your home and the most of your clip are from Tahoe area. Did the whole pack moved out west? When did it happen?
Yea the whole pack basically moved out after high school about 4 years ago. A couple homies are holding down the east still.. R Kelly, Dalglish,Caked Dave

You realized that you started a real revolution in the snowboard scene? The shred-life of the pack has influenced the masses, the bus life, your going beyond the current fashion threa,d…I’m not asking if you planned it because I pretty sure you didn’t…but how you live all that?
Were starting to realize the influence we have and just keep living out our ideas of a good time and want to keep it moving so we try to work together to make that happen. Were starting to see the following grow and realizing the influence we have , so were starting to aim things in a greener direction and create our idea of an ideal way of life and at the same time stay tru to our roots 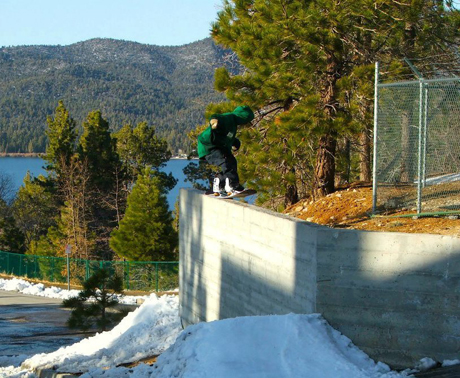 Another crew from the East Coast moved out West smashed the snowboard scene a while ago…One of your members appeared in their videos, too…you know who I am talking about right? You feel close to the Grenade dudes?
Yea we grew up watching their movies so it was crazy when they took lucas under there wing like that , and we always related to how their videos showed all there homies and not just a specific team. Also seeing grenade grow from a group of friends starting there own company to everything it became, definitely gave us some inspiration .

Now about the Bus Life: how come the idea to buy an old schoolbus, paint it and get around the USA? It remember me the way some hippies back in the sixties..
Tour videos are always great I think everyone dreams of doing something like that in their lives. We had a little bit of money from the video sales and just took the opportunity while we had it to make memories with the homies.. The bus seemed perfect because we wanted something diesel for veggi oil converstion to promote alternate Green options and our friend Max is a diesel mechanic and has done the veggi conversion before and he helped us feel confident in picking a bus. There were all kinds of inspiration behind the bus idea, including the hippies and the further bus, but it became a collaboration of everyones idea of an ideal mobile home to fit all of us. As far as the paint job, when we proposed the idea to the JSLV guys to have the LOVE crew (James Haunt, Jay Valencia and their homies) paint the whole bus, it was a dream come true to see it come to life and we will be forever grateful for that.

Still about the Bus; you also produced a double DVD on the whole last year tour. Are you leaving your Tahoe Base for a nomad shred life or the bus is the best way to get around with all the Gremlinz?
We will still be posted in Tahoe, but now when we travel we can all roll in 1 bus ,rather than 3 or 4 separate cars trying to stay together. Also stocking up on veggi oil to make the trips cheaper and greener. 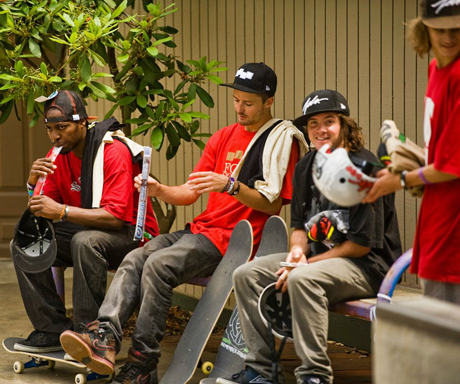 You started with edits and the website, then some DVD and tees-hoodies appeared, now your last website feature a proper webstore with decks and whatever. What’s next? Are you going to transform GBP from a crew to a proper brand? I heard there’s some new promodel decks for next season isn’t it?
we will definitely have more homie promodels coming out every year and want to keep progressing on the business side of things on all levels, but at the same time do it our way and promote the whole lifestyle not just the snowboarding.

Will we see the Gremlinz in Europe next season? I know Niko (Cioffi) and Zack (Lefter) came in Italy last summer…was it a proper holiday or there’s something else?
Hopefully we’ll be out there soon, Zach and Niko were just taking a lil vacation tho taking care of some insta work n coffee tasting .

Sababa Land: I read about it on your website and it seem really awesome. Did it become or becoming reality?
It is becoming a reality . everyday we are working towards it,chippin away at all the things we need to get on the land, and making plans for what we will do once we have it.its very exciting. 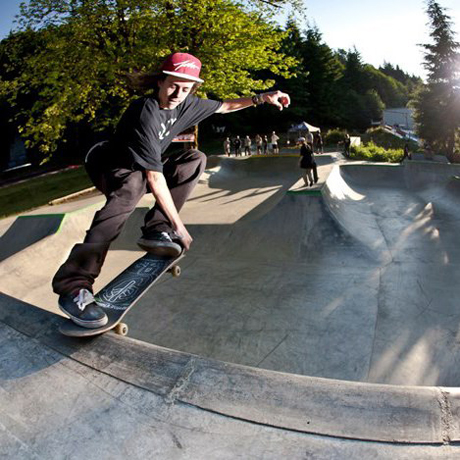 How many stable members house the Gremlinz Crib?
About 10 usually

To know more about gremlinz get on their website www.gbp-gbp.com