“It is difficult to describe my feelings right now, coming back to the competition after such an injury has been something incredible and this weekend has given me back crazy energies. I would like to ask everyone not to give up ever and to follow their dreams”. Fabien Barel’s words on the stage of Finale Ligure have been very touching for everyone listening in the square, that applauded with enthusiasm the winner of this last round of the Enduro World Series. 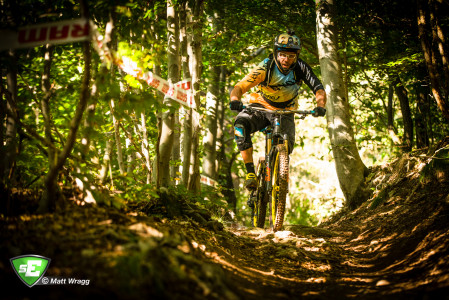 The French rider of the Canyon Factory Enduro Team has given a real surprise to everyone by jumping on top of the podium after the many months off, after his back injury at the opening round of the Series in Chile. With a riding that has been a real masterpiece of tactics and technique during the last two Special Stages, Barel has clearly showed to the other contenders to be the invincible one. Here the report of the last phases of the race.

Fabien on the PS5 quickly drops behind Justin Leov (Trek Factory Racing) at one tenth of a second and Joe Barnes (Canyon Factory Enduro Team ) at 2”72. Clementz (Cannondale Overmountain) is fourth at 2”72, followed by Alex Lupato (Lapierre – FRM Factory Racing), with an excellent fifth place at 2”78. The Italian champion gains a couple of positions in the overall classification and he is now in twentieth place.

Barel takes the lead with 5”85 of advantage on Rude, who in turn beats Barelli (Giant Factory Off Road), now third at 6”42. The whole race is going to be decided by the very long PS6, the 8.5 km final effort of the year for these riders. 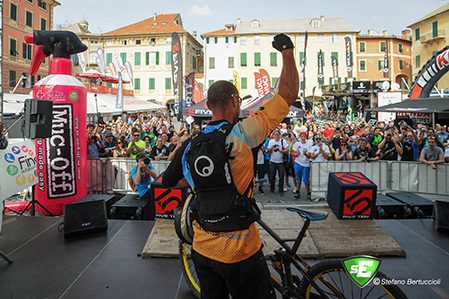 High tension among the ladies, with the overall championship decided in the last meters. Anne Caroline Chausson is again the fastest, but Tracy Moseley (Treck Factory Racing) does not give up and stays only half of a second behind. Cecile Ravanel (Gt Pulse Session) is third, only one tenth from Tracy, who can see the title getting closer and closer. With still one PS to the finish, the English rider has to manage the 15” of advantage over Cecile and on Cecile’s performance the overall result is going to depend. 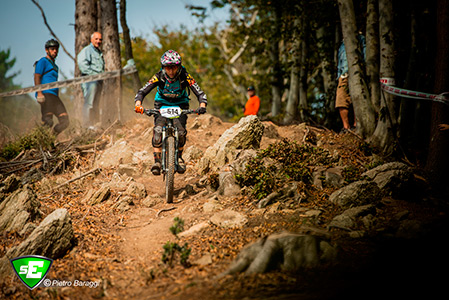 During the PS6 Damien Oton (Devinci Alltricks) is able to close his season with a bang, winning the last Special Stage, with Barnes in second position at 4”70 and Leov third at 4”83. Jared Graves (Yeti Fox) keeps the situation under control from his fourth place and he manages the advantage that will give him the title of the 2014 EWS. Clementz finishes in fifth place, followed by Barel, who gets the definitive victory. Graves and Oton will be on the podium, followed by Clementz, Barelli, Nicolai (Rocky Mountain – Urge Bp Team), Leov, Barnes, Lau (Cube Action) and Bailly-Maitre (Bmc Enduro Racing Team). A very impressive demonstration of strength by the French crew, which is able to place no less than seven athletes within the top ten. Among the Italian riders, Alex Lupato gets the best result and only at the end is able to prevail over Davide Sottocornola (Rocky Mountain – Cicobikes Dsb). The riders on their home trails finish in twentieth and twenty-fifth position respectively. 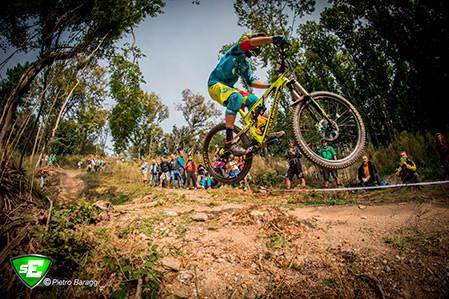 Emotions run high at the conclusion of the Moseley-Chausson battle, as the French rider is faster also on the last trail but the second place is enough for the English rider to get her second title at the Enduro World Series. Cecile Ravanel gets the third place, both in the PS and in the overall ranking, missing the chance of finding her spot between the first two riders. The victory of Anne Caroline Chausson is fantastic but at the same time it tastes bitter, as it has not been enough for the Ibis rider to make it better than the second place in the championship. Laura Rossin (Devinci – Dream Team) is again the best Italian in front of Valentina Macheda (Ibis – Life Cycle) and Chiara Pastore (SantaCruz – Cicobikes Dsb).

For the second year in a row Finale Ligure has crowned the winners of the Enduro World Series, Jared Graves and Tracy Moseley, while the titles for the Master and Junior categories go to Primoz Stancar, from Slovenia, and to Sebastien Claquin, from France. The 2014 EWS could not close any better, with a happy weekend of sunshine that has rewarded the enduro tribe with the last summer flashes. Mandatory a good swim and a bit of relaxation on the beach after the finish, to enjoy the sweet atmosphere, which is so typical of this corner of Liguria. Finale says goodbye to the EWS and makes its appointment for next year, when it will be time to write down another unforgettable page in mountain-bike history.