The second and last FMB Wildcard for Red Bull District Ride has been awarded to the German slopestyle athlete Erik Fedko!

The 19-year-old was able to withstand the pressure during his second run at the FMB Gold Event O Marisquino and take the all decisive second place. He will be joining his fellow countrymen Nico Scholze and Lukas Knopf and 17 other world class athletes for the legendary event in Nuremberg, Germany, on September 1-2. 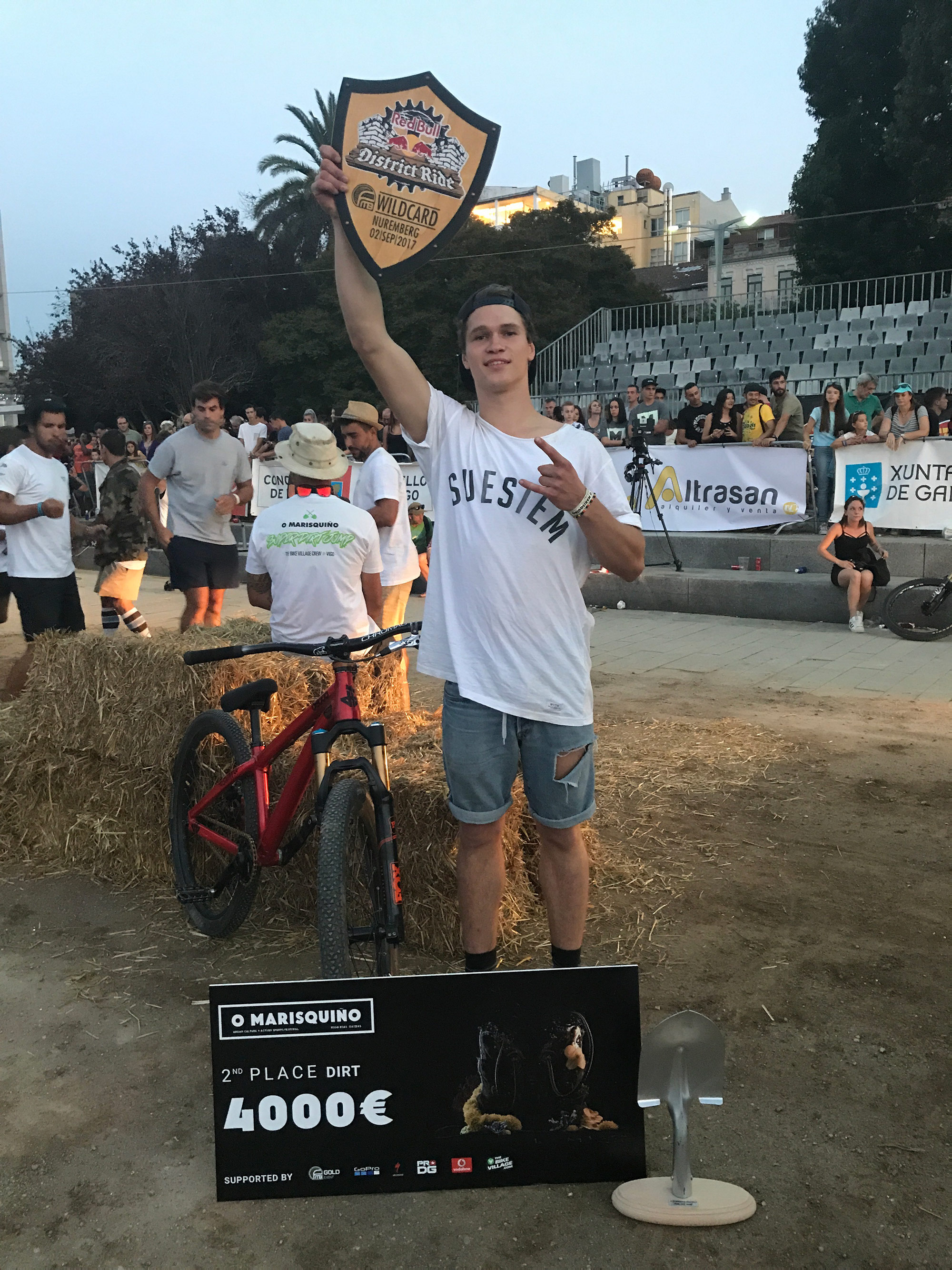 Fedko has gone through a remarkable development in the past months. Only a year ago he was still competing in the FMB AM Cup, the amateur series. After winning the European ranking to end the season, he said he was ready to take the next step with the pros.

Fedko has reached the Top 10 at four different FMB Gold Events including his second place at O Marisquino this season and is on his way to another great success in his young career: his first ever FMB Diamond Event.

Erik Fedko talks about his triumph

“The pressure was huge after my first run didn’t go as planned and I was back in seventh postion. I was so relieved to be able to send a near perfect run for my second attempt of the day and I am super stoked with the result. I have progessed well in the past months and was able to get good results at a number of Gold Events. Having the chance to be a part of Red Bull District Ride is a dream come true. It has been at the top of my bucket list for a long time. Red Bull District Ride is going to be big challenge, but I am going to approach it like every other event: I will train hard and give everything I’ve got!”

About Red Bull District Ride:
After five editions in 2005, 2006, 2011 and 2014 in Nuremberg and one appearance in Catania, Italy (2006), Red Bull District Ride has acquired a legendary status in the mountain biking scene. The world-class slopestyle athletes will be sending it in a unique urban setting and thrilling thousands of spectators.