Proper enduro racing hits the scene at La Thuile with technical and physical tracks. A very high level able to confirm the riders’ value, especially those interested to the Enduro Italian Cup, as Nicola Casadei and Louise Paulin, still leaders.
Serious elevation drops, long and physical Special Stages, steep sections, flat bits to push, tricky passages with a mess of roots and rocks, mellow meadows and woodlands with a lot of flow: there has been something for everyone at La Thuile. The fourth round of the Coppa Italia Enduro has been able to confirm what was already clear since last year’s EWS event: this amazing alpine destination has a very complete and diverse offer in terms of mountain bike routes. 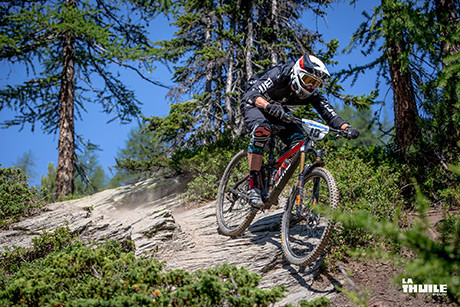 The racetrack has been the ingredient that excited the racers the most during the weekend. They were so pumped by the Special Stages, diverse and truly ‘enduro’ – in its real and original sense. Pushing the limits of their own riding means proper fun both for amateur and pro riders. Everyone at La Thuile could ride at their best and this made the race a really exciting and amazing experience. 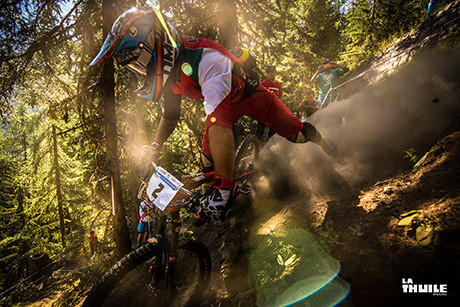 Only a handful of seconds made Francois Bailly-Matre, BMC Factory Trailcrew, winner during the last Special, called Mulino, the most ‘enduro’ stage in riders’ opinion. He beat Nicola Casadei, team Airoh-Axo-Santacruz, who lead until that moment and kept confirming his value. Nicola rode PS6 20 seconds faster than during his previous attempt, 8 seconds less than Francois the day before. It looked like he got it, but the French rider, back after an injury, pushed very hard, didn’t make any mistake, closed the gap and left Nicola 2 seconds behind.

“I love racing on alpine terrain, long special stages are my favourite and they give me so much fun…and the fun really fuels me. Two seconds over 50 minutes of racing is a very little margin: good job Nicola, we could say that we got it together” Francois Bailly-Matre declared at the end of the race, with sportive savoir-faire.

Ludo May, Canyon Factory Enduro Team, gets to the third step of the podium, thanks to a very good and consistent performance during the whole race, with the added value of a victory in the most technical Special, La Fresa.

In the female category, Tracy Moseley, Trek Factory Racing Team, really dominated the race with impressive gaps since the first Special Stage. To get the point about what kind of extraordinary athlete we are talking about, we only have to mention that she got the 20th position of the general ranking. Behind her, the twins Gehrig, Anita and Carolin, Ibis Cycles Enduro Team, got the other podium positions. Only 30 seconds of difference kept Louise Pauline, Alien Factory, actual leader of the Italian Cup, away from the top positions. The rider from Sweden fought really hard until the last moment to get closer to the twins, but she didn’t make it and she finished fourth. 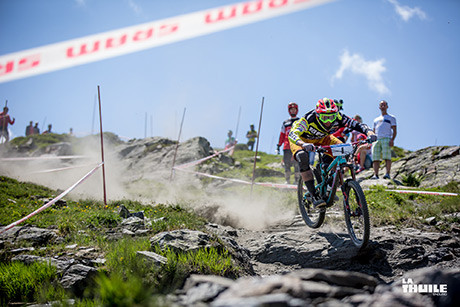 “La Thuile has a lot to offer to the riders,” Tracy Moseley said on the finish line “the atmosphere is amazing, everyone works hard to make the mountain-biking and enduro scene grow here. During this weekend I gave it all, I really meant to do it well and to train properly especially in light of the next alpine rounds of the EWS”.

In the Beginner category Simone Martinelli won again and he is for sure someone to keep an eye on next year, when he will change category and will race head to head with the top riders.

Last summer, the round of the Enduro World Series that took place at La Thuile had been badly affected by weather conditions, with low temperatures and even snow. This edition of La Thuile Enduro has been instead sun-kissed, with summer weather and temperatures above average. Conditions that made pushing hard and keeping focussed even more difficult, especially during the Special Stages at high elevation, under the direct sunshine and breathing dust. But even if the effort and the fatigue have been impressive, the amazing view of peaks and glaciers all around made La Thuile’s race a unique experience.

La Thuile is a very special mountain bike destination, with a gravity and – in particular- enduro vocation which is very rare elsewhere. The top riders consider this region one of the most complete trail-wise. The trails feel very natural and this is something the resort is trying to maintain by improving and working on the trails. This is the real strength of the place.

Compared to other destinations, La Thule is pretty new on the international scene but it has already got a lot of respect and consideration. This is where a number of big names come to train and important industry brands bring their products for the final tests. 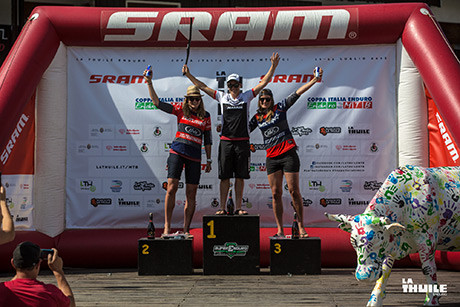 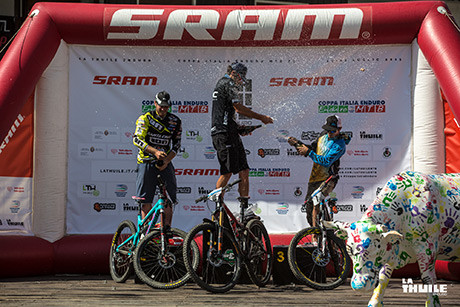 This successful second edition of La Thuile Enduro is now over. The organizing staff, together with the Società Funivie, greatly involved in the race organization, wish all the best to the riders of the last round of the Coppa Italia Enduro and they invite everyone again to visit La Thuile.

There is still a long summer to go and plenty of chances of coming here to ride!