You know that some days ago was the 5th stop of Freeride World Tour, in Fiberbrunn, Austria.

And once again, locals riders dominated the podium with Stepfan Hausl (ski) and Mitch Toelderer taking the top step, in front of the 2.000 people attending this great show. 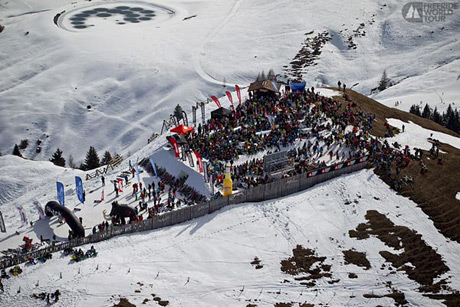 From the Dakine team the great performance came with Matthias Haunholder (AUT) taking 3rd position in ski. Then are coming Julien Lopez (8th) and Jérémy Prevost (9th) with both of them a nice but maybe too safe run.

The big surprise on snowboard event was the big crash of Xavier De Le Rue, who had changed is line at the last moment because of very bad snow conditions on the one chosen originally. Big crash, but not injured, for the 3 times World champion.

Have a look at his board on the picture below, better to see the board like that then his head!

But the other important point of the week-end was the 2nd stop of Freeride Juniors by Dakine! 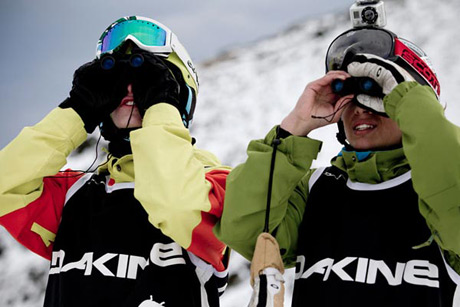 44 young freeriders from Austria, Switzerland, France, Germany and USA joined in on the Freeride World Tour festivities by taking part in the second of three junior events by Dakine 2011 ( ofmost skiers had suscribe for this stop, only one snowboarder). The weekend started off on Saturday with a transceiver training session followed by a transceiver contest with a prize for the rider with the fastest search. In addition 3-time Verbier Xtreme Champion and junior event organizer, Cyril Neri, explained all the essential safety items that go into any serious backcountry backpack. 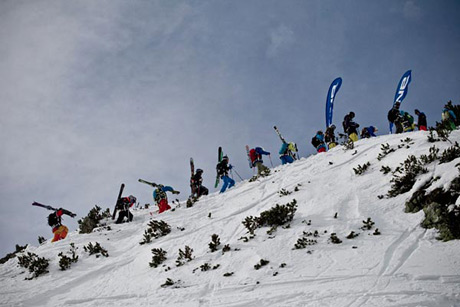 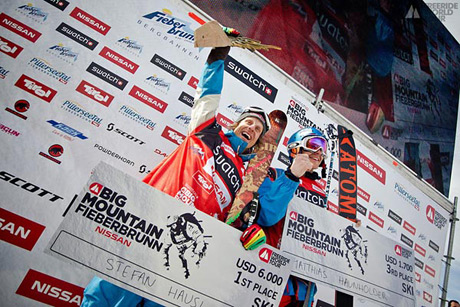