This year has a few surprises in store concerning the bike action spectacle of the BIKE EXPO. The organizers are not giving the capricious July weather the opportunity to ruin their event and are moving the by now traditional dirt jump contest into the newly designed Action Sports Hall.

Furthermore, the Go Big or Go Home is given an upgrade and moved into the spotlight of this year’s bike action. This guarantees as event on the highest level – regardless of the weather.

The decision to move the mountain bike highlight into the new Action Sports Hall was motivated by the experiences made over the last two years when the Big in Bavaria was on the verge of being cancelled due to unfavourable weather conditions. As a consequence of the relocation the Go Big or Go Home is coming of age and becoming the main event this year. 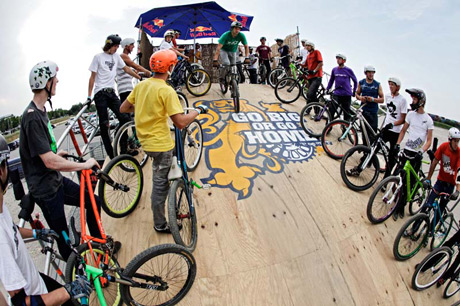 As part of the Freeride Mountain Bike World Tour the Go Big or Go Home is awarded silver status and thus guarantees an action-packed show.

Markus Hefter, Exhibition Group Director of the BIKE EXPO explains: “Since this is the first time we are holding a dirt event of such a high level in one of our halls, we are putting the highest priority on safety and quality. For this reason we are shortening the course and reducing the number of jumps for the first year.”

Just as last year, the Go Big or Go Home grants rookies and newcomers the opportunity to qualify during the first two days for a chance to meet the set riders during the qualifiers. 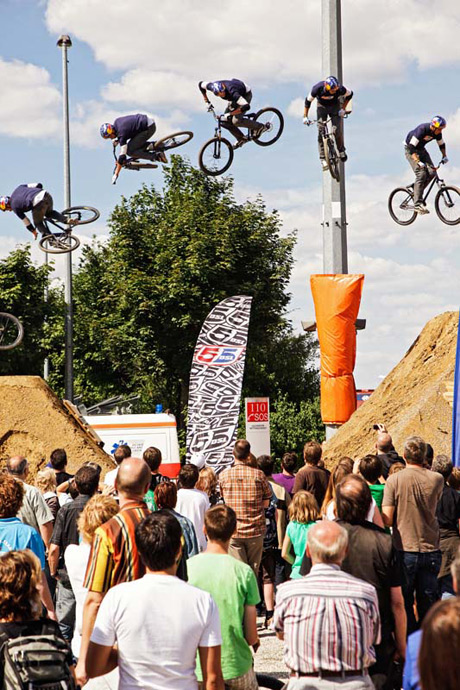 Highlights of last year’s Big in Bavaria and Go Big or Go Home can be watched here: www.watch26.tv/video/2519/Big+in+Bavaria+Official+Highlight+Clip