BLOCK10 in collaboration with The Don Gallery presents “Guarda dove ti ho portato”, a selection of special pictures, drawings and artworks from the italian surf culture besides the show of the moviementary Onde Nostre throughout the exhibition.

The collective of performing artists wants to convey to the audience the passion for the people, the sea, the nature often moving into a sound lifestyle.

The show gathers images coming from the first italian on 16 mm surf-movie ONDE NOSTRE, photos and artworks besides the private collection of italian Vintage Surf Magazines. 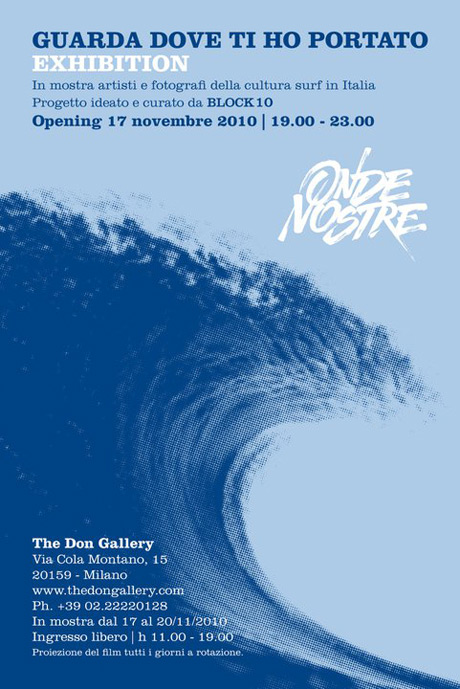