Sorge, Zink and Brandon Semenuk were all battling it out for the first ever Red Bull Rampage hat trick. At the end of the day, with a score of 92.66 in his first run, Sorge came out on top and not only became the 2017 champion but the first athlete to take home three golds – cementing him as the winningest athlete in Red Bull Rampage history.

“I am speechless. I can’t believe it. It was a lot of work out here for a couple of weeks, and to make my diggers, everyone back home and the fans proud, is out of this world,” said Sorge.

“All riders were going huge and doing technical tricks off all of the big features – putting together really technical flowy lines,” said the champion. 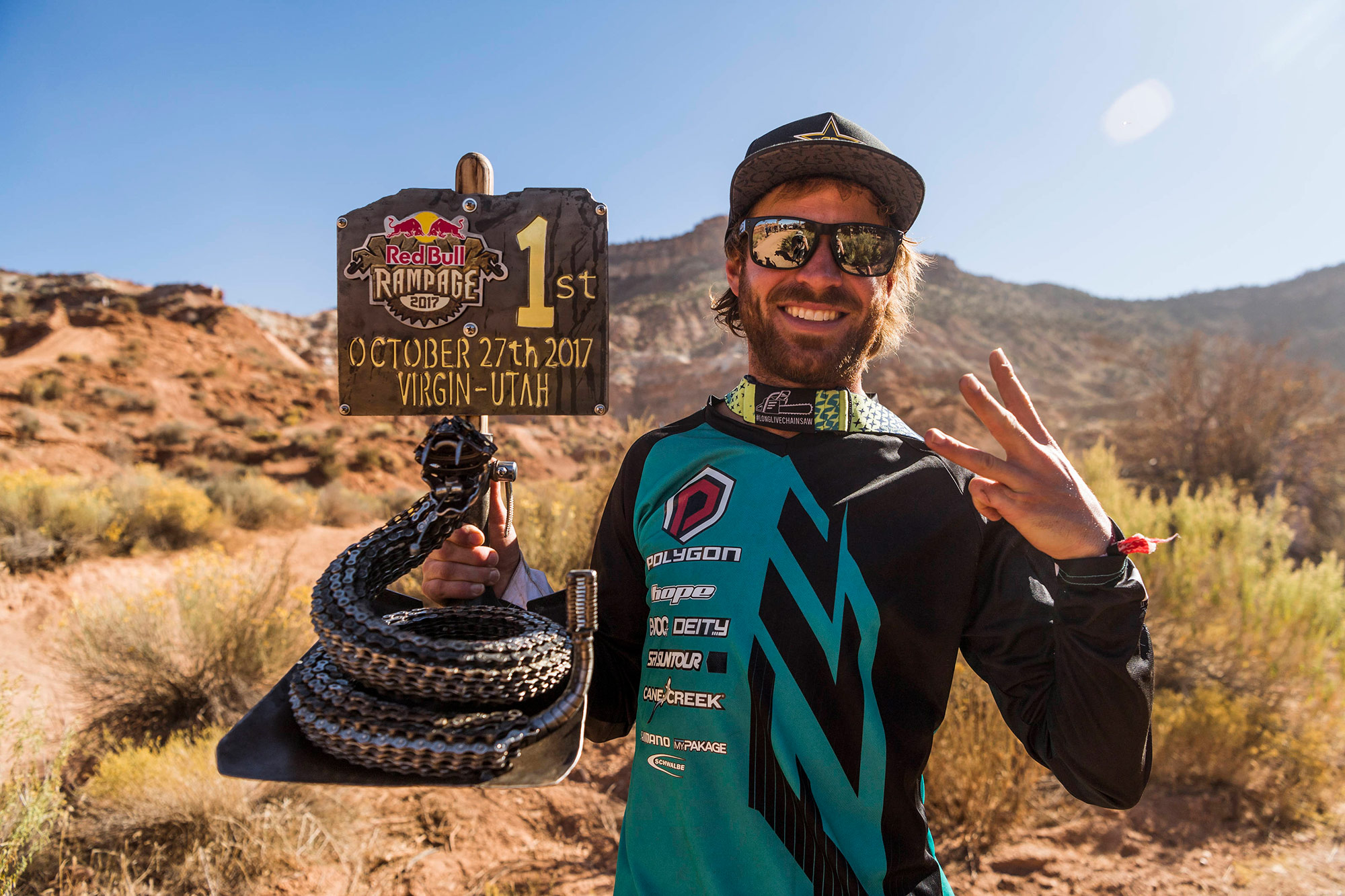 Rounding out the Red Bull Rampage podium was Cameron Zink, freeride mountain bike icon, coming in a close second, and rookie Ethan Nell, a twenty-year-old Utah local who was competing in the event for the first time, taking home third. 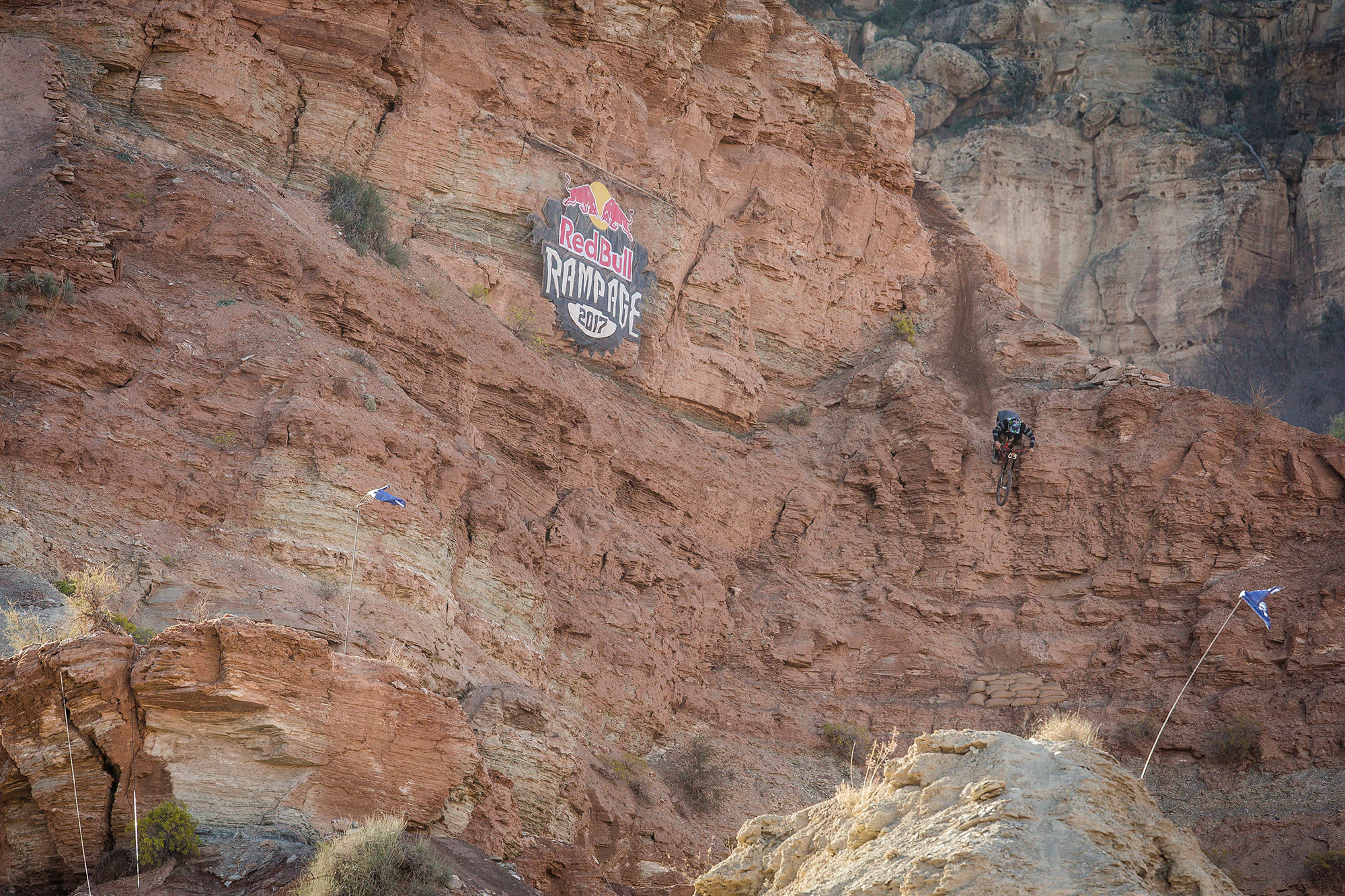 Building upon the success of last year’s format changes, the elite group of 18 riders and their two-person build crews created their own manmade lines down the mountain without the use of power tools. 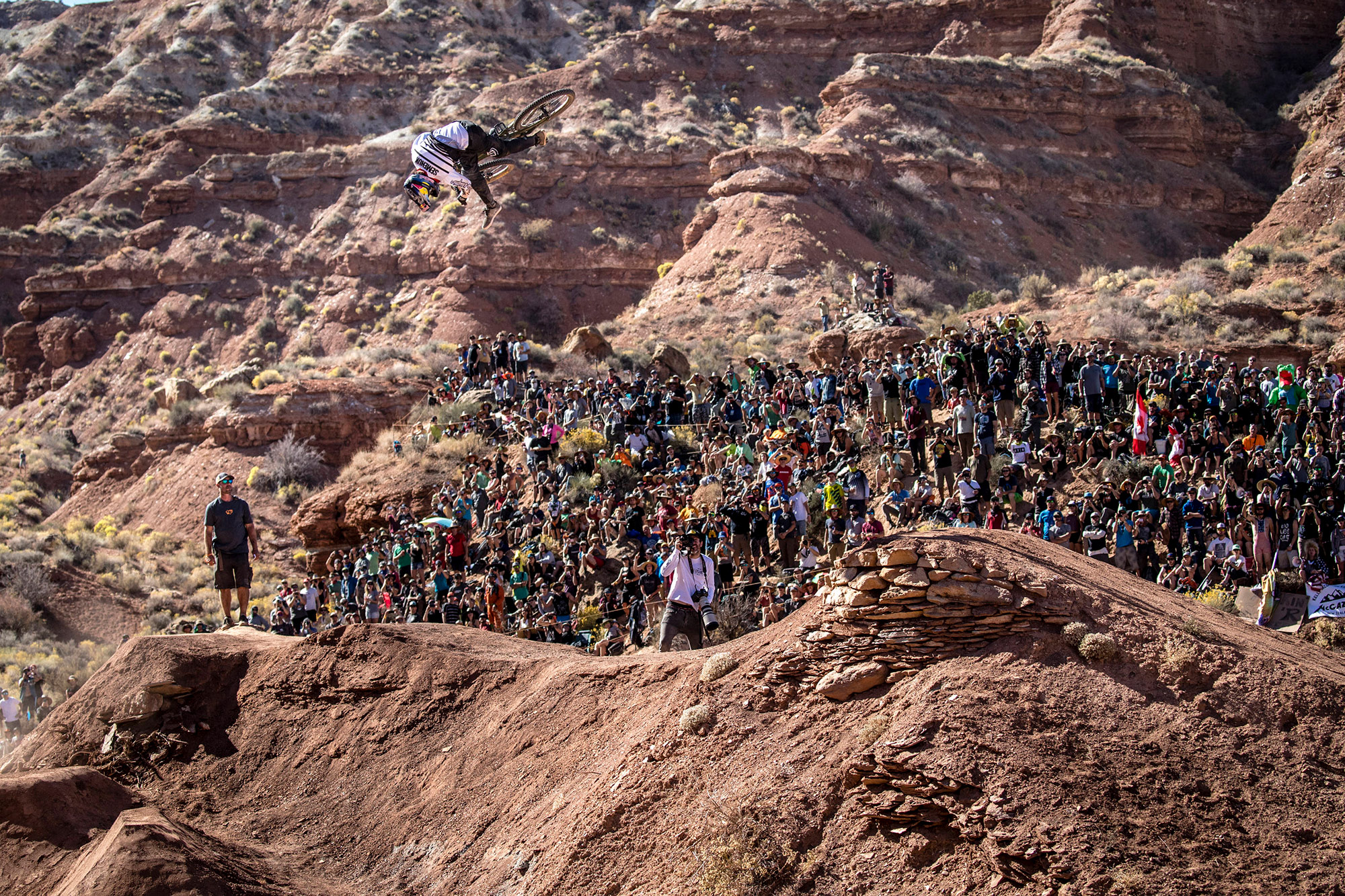 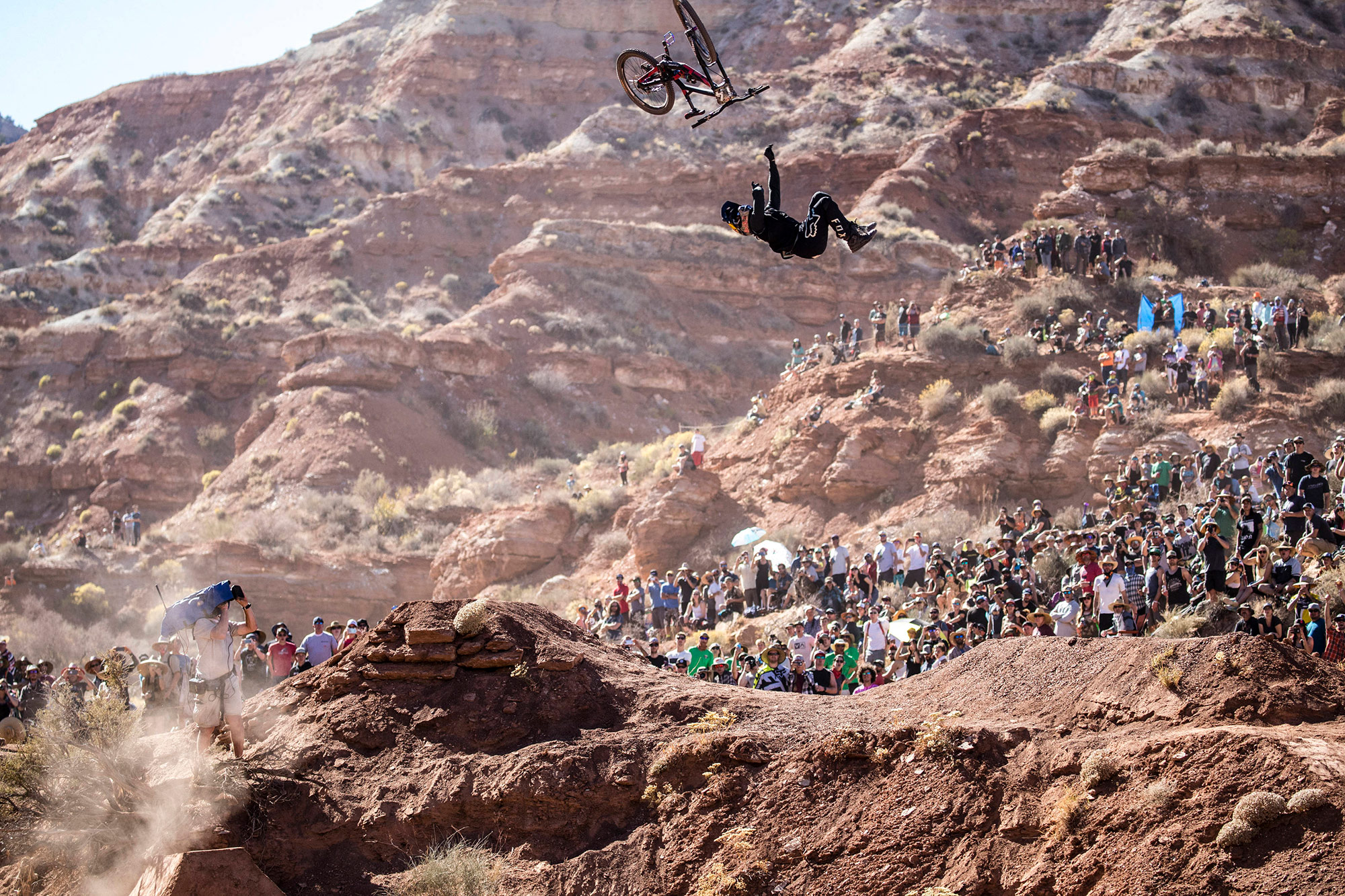 As a result, no two riders’ paths down the near-vertical sandstone ridges were the same.