The world’s best slopestyle athletes and mountain bike fans around the globe are looking forward to the eleventh edition of White Style. The unique event set in the Austrian Alps of Leogang welcomes the FMB World Tour on January 27th and the riders will be battling it out on snow for the first win at the first FMB event of the year.

20 athletes will be showing off all they have worked on during the winter break and sending their biggest tricks on the snowy alpine course. You cannot wait for all the action? Then check out the highlight clip from last year and get into the groove with these sick vibes on ice and snow:

When you hear the snow crunching beneath those rubber tires and kids and grown-ups alike getting loud, you know it is that time of year again: White Style 2017 is just around the corner! In two months the mountain bike scene will be jolted out of hibernation and will wake with a bang. By the time the White Style course has been prepared, the world’s best slopestyle athletes will be itching to send banger tricks at the first contest of the 2017 season. After a three-month long break it will be great to see, what the riders have come up with and how the sport has progressed in the past months. 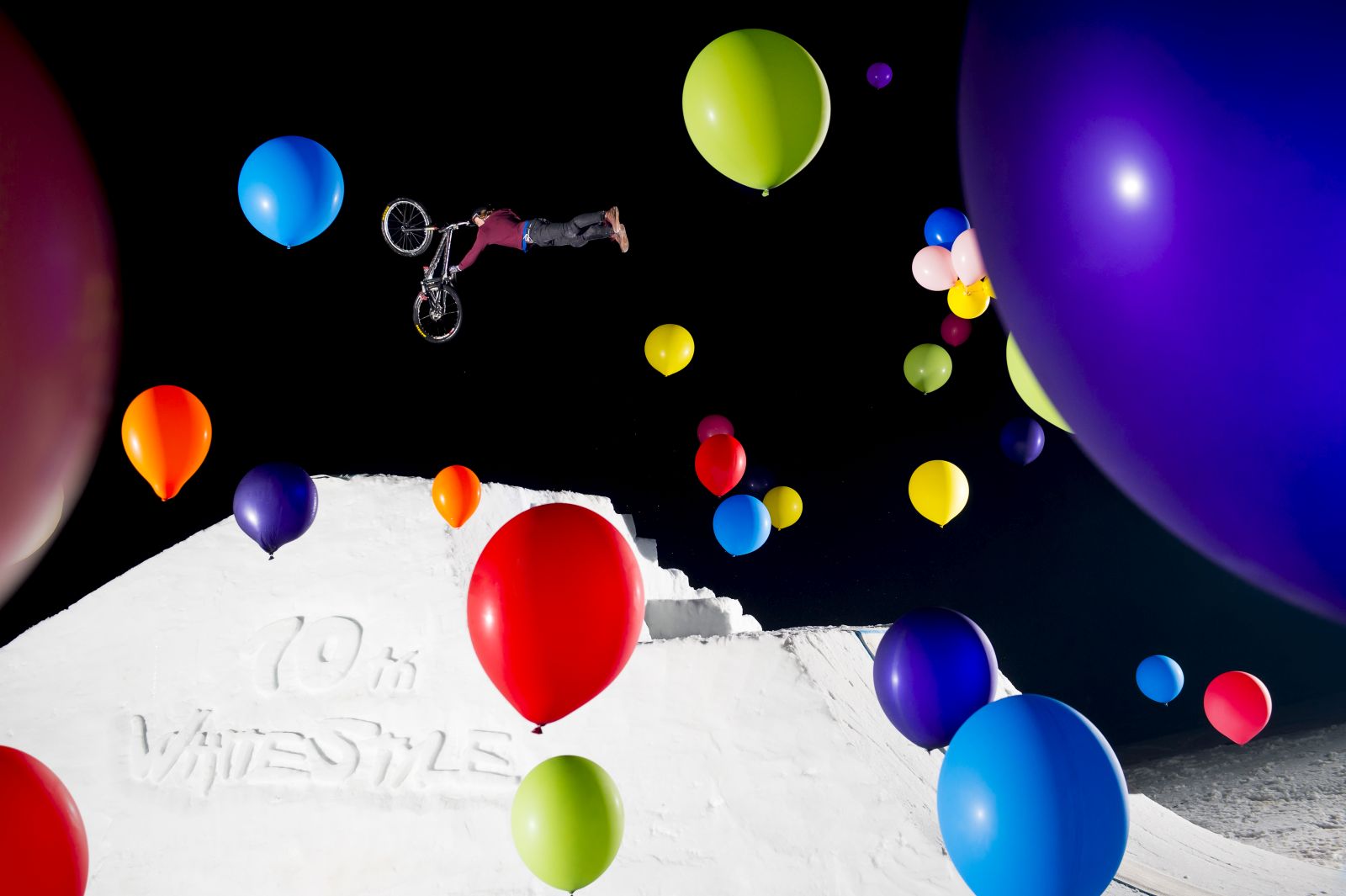 Even though the rider lineup has not been confirmed yet, you can be sure that the trick level will be huge. White Style is a great chance for the athletes to gather their first contest experience early in the year. Riders with big names have welcomed this opportunity in the past and it is expected, that some of the best MTB pros in the world will be back in 2017. Will Szymon Godziek return in order to secure the hat-trick? The 24-year-old Polish rider was able to win in the past two years, but maybe we will be in for a surprise. There are rumors that 17-year-old Emil Johansson will be travelling to Saalfelden Leogang. This would be the first appearance at White Style for the young Swede, who came out of nowhere during 26TRIX last summer and since then has moved up to fifth place in the FMB World Ranking. Another candidate for the win in cold conditions could also be Matt Jones from Great Britain. The 22-year-old came second in 2015 and 2016 and may be looking to take glory at long last.

One thing is for sure: there will be plenty of action at the Schanteilift in Leogang on January 27th 2017. We will see, who will handle the snowy conditions just as well as the dirt!