Rosa Khutor was receiving today the first Snowboard Freestyle FIS World Cup final, a crucial competition for every single athlete on track, exactly one year before the next Olympics in Sochi.

After the cancellation of the Slopestyle event, the organizers ran the Half Pipe finals (straight after PGS) in both women and men categories in perfect conditions.

In the men’s final, Quiksilver’s Iouri Podladtchikov got the second place with 84,50 points score. 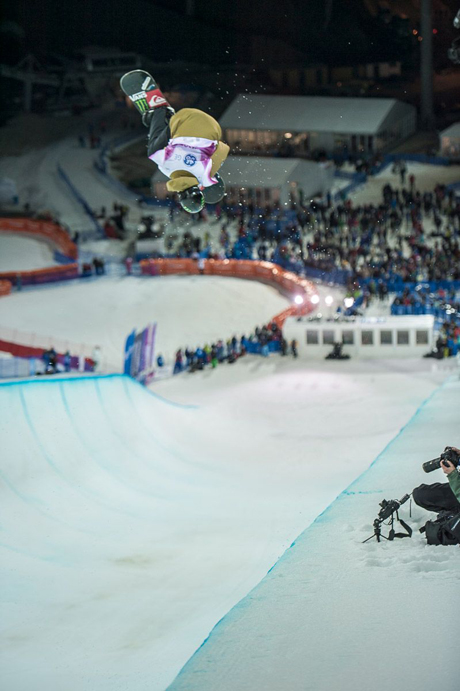 The Russian born swiss rider, 24, is definitely one of the men to watch on the half pipe scene : winner of the X Games Europe and medalist in Aspen in 2011, Iouri won the World Snowboard Championships in Oslo last winter before completing his impressive achievement list with a FIS World Snowboard Champion crown a few weeks ago in Stoneham (Can).

This good result in Russia and the precious informations collected over there allow Iouri to prepare the upcoming Olympic event in the best conditions.

Adding the fact that he already competed twice in the world’s biggest sports event in Torino and Vancouver where he finished 4 th of the half pipe event, his experience and natural talent allow him to dream about a medal, and why not gold ?