It could be a chilling day, it could seem to be in the hottest desert, it could rain like at the bottom of the Niagara waterfalls, there could be a tornado. Strip their clothes out or pad them with the heaviest duvets out, but DON’T touch their coloured socks! It seemed to be ejected right to the Notting Hill Carnival. 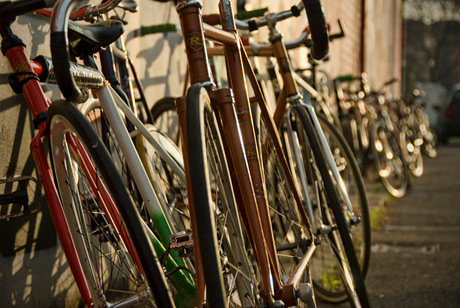 A-Team alley Cat + IRIDE Fixed Opening.
This is what came out from our first contact with the world of fixed bikes and alley cats. Besides the psychedelic mood, the so fashionable well-matched tidy clothes of everyone (!!!), the risk of becoming part of the hoods of rolling cars after any check point by flashing into the streets of a convulsive saturday afternoon, the 25 kms covered in 53 minutes, the pride of getting to the arrival after the last killing check-point in a pub, the apres-race party to present the new Iride space, the Bike Polo short matches on half-handlebar bikes during the unplugged of Joyride band playing on the roof above our heads.

As Michael Jackson would say “ If you’re Thinkin’ Of / Being My Brother / It Don’t Matter If You’re / Black Or White“. No distinction between a leggins or a lilac jeans, no preconception if you love the old strong Bianchi race frames, the brand new technologic Cinelli, the simplest 80’s mountain bike or a bmx, no conviction of being cool ’cause fixed are cool.

Just the map, the smell for surviving to the traffic, the ability in following those racers who work for express couriers, no knowledge of the city, and have fun.
We’ll be there for the next alley cat, not only for reporting this time.

More info about Iride Fixed after the jump. 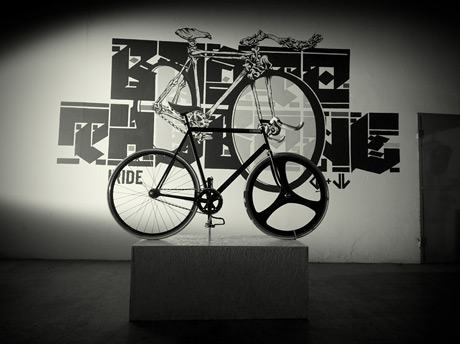