Simon Gruber is the champion. He just won the Iuter Games 2011 Edition, the contest out of mind by Iuter in collaboration with FIAT Freestyle Team, Invicta and Malibu.

On Saturday 19th March more than 150 snowboarders invaded the FIAT Freestyle Team Lounge at the Bardonecchia Snowpark to take part to a really unusual contest: no jury, no athletes list, a no respected schedule by nobody. 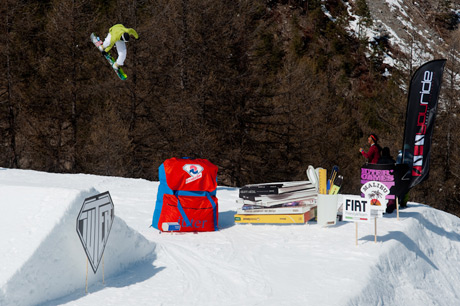 This is the essence of snowboarding, riding free on the kickers and rails of the park in a huge and anarchical jam session. All the snowboarders moved one another, rewarding the most pushing tricks with 50 Iuteuros bills, reaching a jackpot of 3.000 euros.
And Simos Gruber grab most of it, followed by Tato Chiala, Manuel Pietropoli and Marco Grigis at the same step. 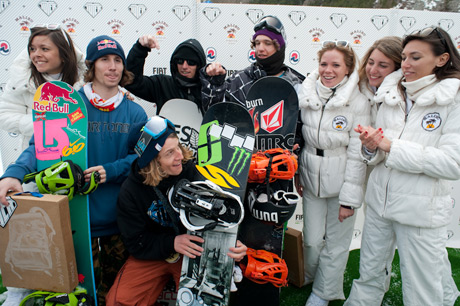 Anyway, the Iuter Games are more than a simple ranking, their real aim is gathering the whole italian snowboard scene in the same place for snowboarding, having fun and not givin’ a damn of the jackpot.

Before the end of the challenges the especially heartfelt traditional Malibu Ollie Contest, with rivers of blood flooding from the fight to get the final prize: one week at the Surf OrangeHouse School. Simon Gruber and Tato Chiala both got over the 80 cms. pole, but Simon finally gave his best jumping over the 85 cms. 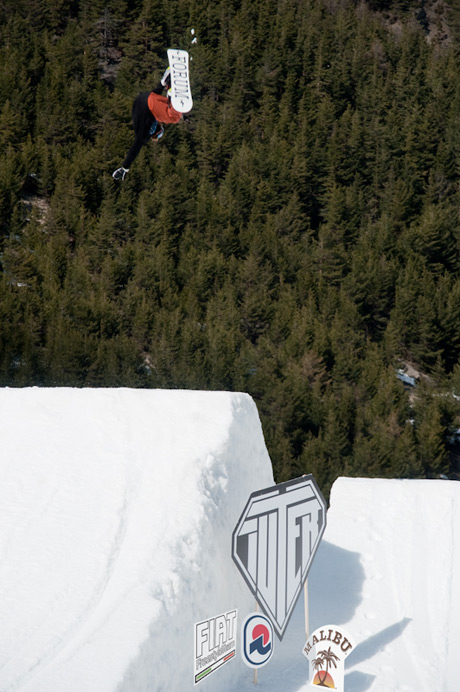 And when the night came the fight didn’t give up, decreeing the pissed winner of the party. Tuning on the music by Dj Gammy at the Garage happy hour and proudly standing at the consolle where Surf Disco, Saint Catherine Collective and Reset! alternated, the Iuter team manager Enrico Polli Cerovac set the good example to all his riders and laid hold of the most aspired prize!