…but….was it just a dream? I don’t….. I don’t know…. flashes here and there, like… like…. wind, strong wind and mud in the night of flashing lights on a bmx spine dominated by Mark Weeb and his black-golden bike with just a t-shirt on and… yes, … oh, no.. yes… 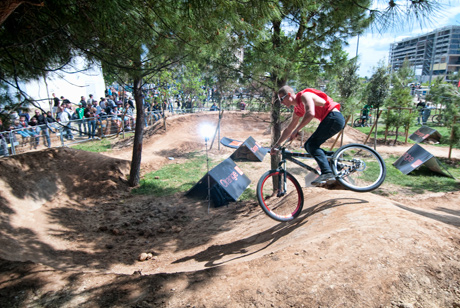 Sam Pilgrim stickering anyone everywhere with his friends and Lance Mc.Dermott and… no, it was a dream…. Lance who didn’t race at all, just some “pump track” lines to have fun…. and the wind, again, and the street park with…. woooo! 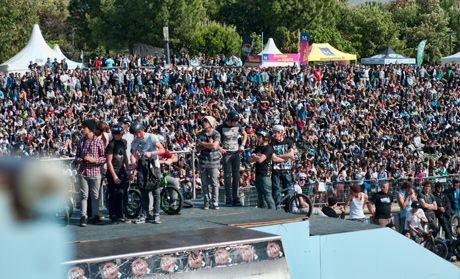 Maddog attempting the 1080. No, no, no, wait…. I still feel the yelling behind me of 300.000 people, then I turn around and I see them while they jump up for Daniel Dheers in a kind of decade but much more complicated, Alessandro Barbero shots the audience with his hands and doesn’t know yet he’ll win…. I, I just remember…. 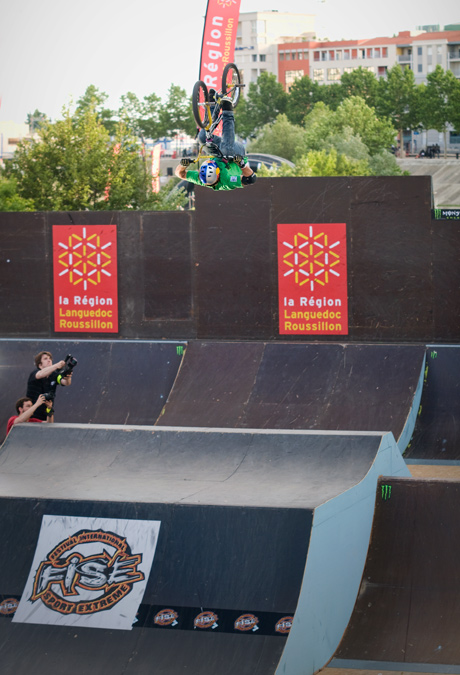 just the hot feeling pervading everyone in the dark night of Montpellier while trails of powder followed the racers backflipping, tabletopping, flying at 300 mph. Oh, and yes! The japanese invasion on the bmx flat platform! 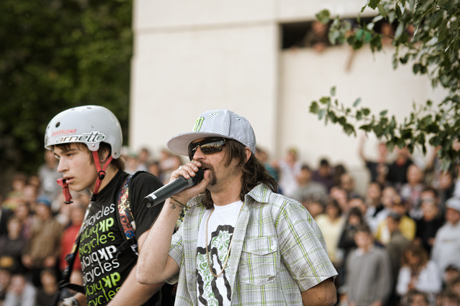 … I just remember Viki Gomez sweating for his 2nd place, such as Mathias for the 1st…. Sensational…. it leaves me a print in the soul.

Could it be possible for just a dream? If not, I think that the same feeling is still pusing in anyone who was there… if it ever happened. 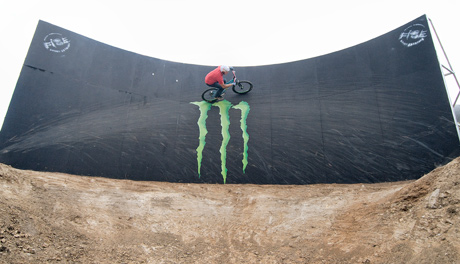 Photos by Lance and Fra.