Let’s hear it for Kevin Rolland and his FOURTH straight X Games Gold which he delivered to a jumpin’ home crowd last night in Tignes, France.
Under the floodlights and in front of thousands of screaming fans, Kevin slayed the SuperPipe and then kicked off one hell of a party. 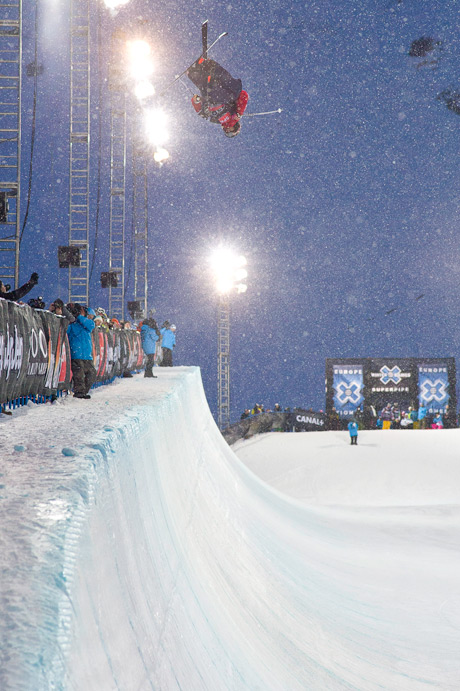 Kevin’s had to deal with a whole load of pressure on the back of his total dominance of Winter X over the past 2 seasons. He’s now won consecutive titles in Europe and in Aspen making him the world’s best pipe rider by a mile. The level of expectation didn’t seem to matter though and as it turned out it was his first run that bagged the Gold for him.

Kevin dug deep into his hefty bag of tricks and served up switch tricks and a double cork 12 to score 93 points on his first run. It upped the ante and left the pretenders to his crown throwing everything they had into their runs to try and better it. The likes of Simon Dumont went huge but wasn’t landing when it counted and Monster Army man Justin Dorey nailed a switch double cork 10 (the first in competition) which kept us guessing to the end but as it turned out, Kevin had already done enough.

The French crowd were going nuts before Kevin first dropped in and made it a super special night with their noise and intensity. We then witnessed them go into orbit as Kevin threw his arms in the air at the end of his last run and the scenes were a privilege to watch when he stepped out onto the podium next to Justin as Monster made it a 1-2.

Fair to say it was a huge night for everyone here in Tignes. Kevin showed up with an entourage of about 20 of his closest friends to our infamous party and spent the night hanging and shooting the breeze with all his fellow pros and supporters gathered with us. 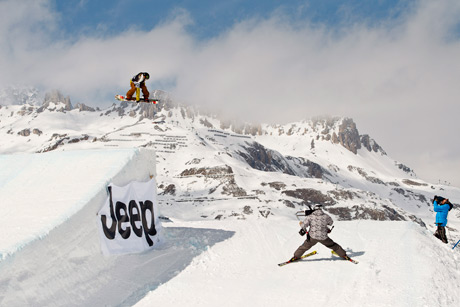 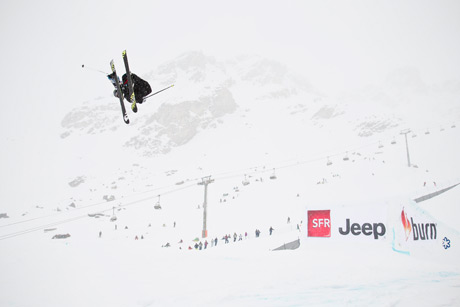 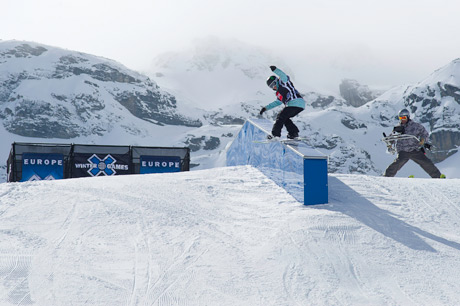