The countdown to the second edition of La Thuile Enduro is now running. The race, planned for the 11th and 12th of July 2015, is also valid as the fourth stage of the Coppa Italia Enduro FCI. Less than a month and the amazing trails on the slopes of Mont Blanc, so appreciated by the Enduro World Series during 2014, will be ridden again by the best riders in the world.

The excitement is sky-high because this is an important stage for those who aim for a good final result in the Coppa Italia series: this is the penultimate race of the calendar and one of the last chances to give their best shot at the ranking. Moreover, the event will let them measure themselves with the international scene. There are many EWS top riders who have already confirmed their presence. The strategic position on the border with France and the race’s format over two days, in an international way, are elements that helped to attract many riders from abroad.

However, as in any proper enduro race, the key element is going to be the race’s course itself and that of La Thuile will again exceed everyone’s expectation. Six Special Stages prepared in the most detail will offer to the racers the complete riding experience: 4500 m of descend over more than 40 km of timed stages with long and physical riding, alternated with exciting and easier-to-ride stages, climbs somewhere uplifted, thanks to the two chairlifts Bosco Express and Chalet Express, and somewhere else done in the saddle. All of this, facing amazing views and an alpine panorama that makes every picture worth a postcard!
The racetrack will be officially announced on Thursday the 2nd of July and the PS will be taped off and open to be reckoned on Saturday the 4th, to give the same chances to every rider and to let the enthusiasts ride the course before the race.

“I managed to maintain the same style of the EWS, with a lot of technicality and important elevation differences, only slightly less than those of the World Series. 500 m of pedalled climbs and about 4500 m downhill totally represent what La Thuile has to offer in terms of riding. Together with the Bike Park crew, we opened a new trail that will be presented for the first time during the enduro race but that will be part of the Bike Park network. The Bike Park this year will be at its best, after the works we have done since last September, with bridges and drains on many trails, including the famous “K”. In such a way we have improved the practicability of the trails even in case of rain and we have made many sections of the already existing trails more fun to ride. We are going to offer something special for the youngest riders as well (at least 2 years old), in the skill area, with a ride-game loop to do on the Balance bikes by Moustache, our project’s partner” declares Enrico Martello, park manager at La Thuile. 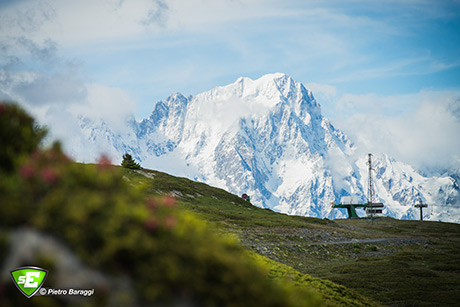 This weekend the summer season of the MTB Natural Trail area of La Thuile will officially open with the two chairlifts Bosco Express e Chalet Express and a refreshed and improved network of trails, even more fun to ride. The perfect way to get used to the place, its climate and the variety of terrain before the high-elevation alpine race. 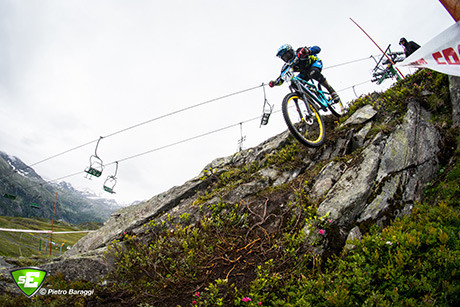 About the race’s weekend: two whole days of riding have been planned, with three special stages on the Saturday and three on the Sunday. The riders’ briefing for athletes and team managers will take place Friday afternoon at 18.30.
Not to miss, for riders as much as for supporters and public, is the Italian Premiere of unReal, the latest masterpiece video by Teton Gravity Research and Anthill Films with the best mountain-biking in the world, scheduled for Saturday night at 21.30.