Saalfelden Leogang will be hosting the final UCI Downhill World Cup stop and the Fourcross World Championships from September 19th to 22nd 2013.

Last year’s UCI Mountain Bike World Championships entertained the masses with more than 43,000 visitors, 750 riders and over 350 journalists from all over the world. The action, onsite atmosphere and the coverage made the world’s biggest mountain bike event of 2012 an overwhelming success. Each of the five disciplines crowned their world champion after thrilling competitions. Cross Country, Trials and the debut of XC Eliminator were all hosted in Saalfelden, while Downhill and Fourcross contests took place in Bikepark Leogang. The organizers are proud to announce that the 2012 worlds were completed with balanced books.

The International Cycling Association (UCI) made the decision to hold the 2013 Downhill World Cup Final in Saalfelden Leogang as well as the Fourcross World Championships due to the extraordinarily well-organized hosting of the major event in 2012. After 2010 and 2011, the international Downhill and Fourcross elite will once again come together at the end of September in the beautiful holiday resort to crown the fastest and toughest riders. 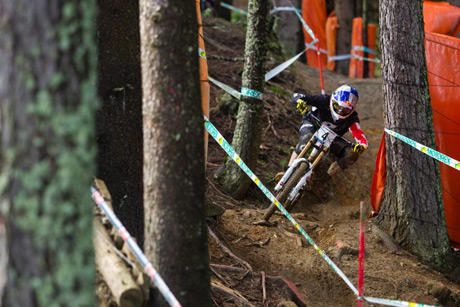 Last year’s DH world champions Greg Minnaar (RSA) and Morgane Charre (FRA) will have to fight off the world’s elite if they are to defend their titles. Rivals such as Aaron Gwin, Steve Smith, Sam Hill, the Atherton siblings and the Austrian riders like Markus Pekoll and Petra Bernhard already know the Bikepark’s downhill track like the back of their hand and will give everything in the battle for the world cup title. 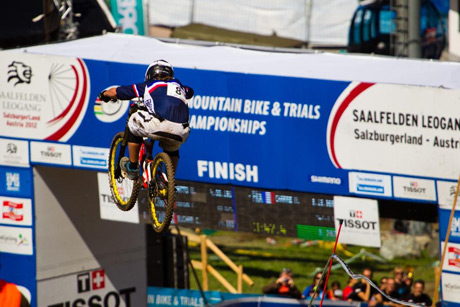 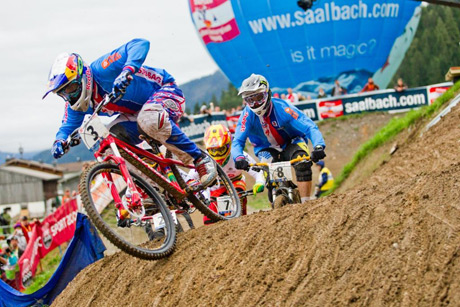 In Saalfelden Leogang, the Fourcross Pro Tour is being held the week before the Fourcross worlds (from September 14th to 15th) – this is a good chance for the participants also starting for the world title, to familiarize themselves with the Leogang track before the final race. Therefore, we can assume that the Fourcross Pro Tour will give us a look at the strongest candidates for the world champion title. Besides the extensive bike action there will be a diversified and informative expo area. Also several evening activities are planned, like the famous Ö3-radio Party.

Further information can be found on: http://www.outofbounds.at/en/competitions/uci-mtb-world-cup/