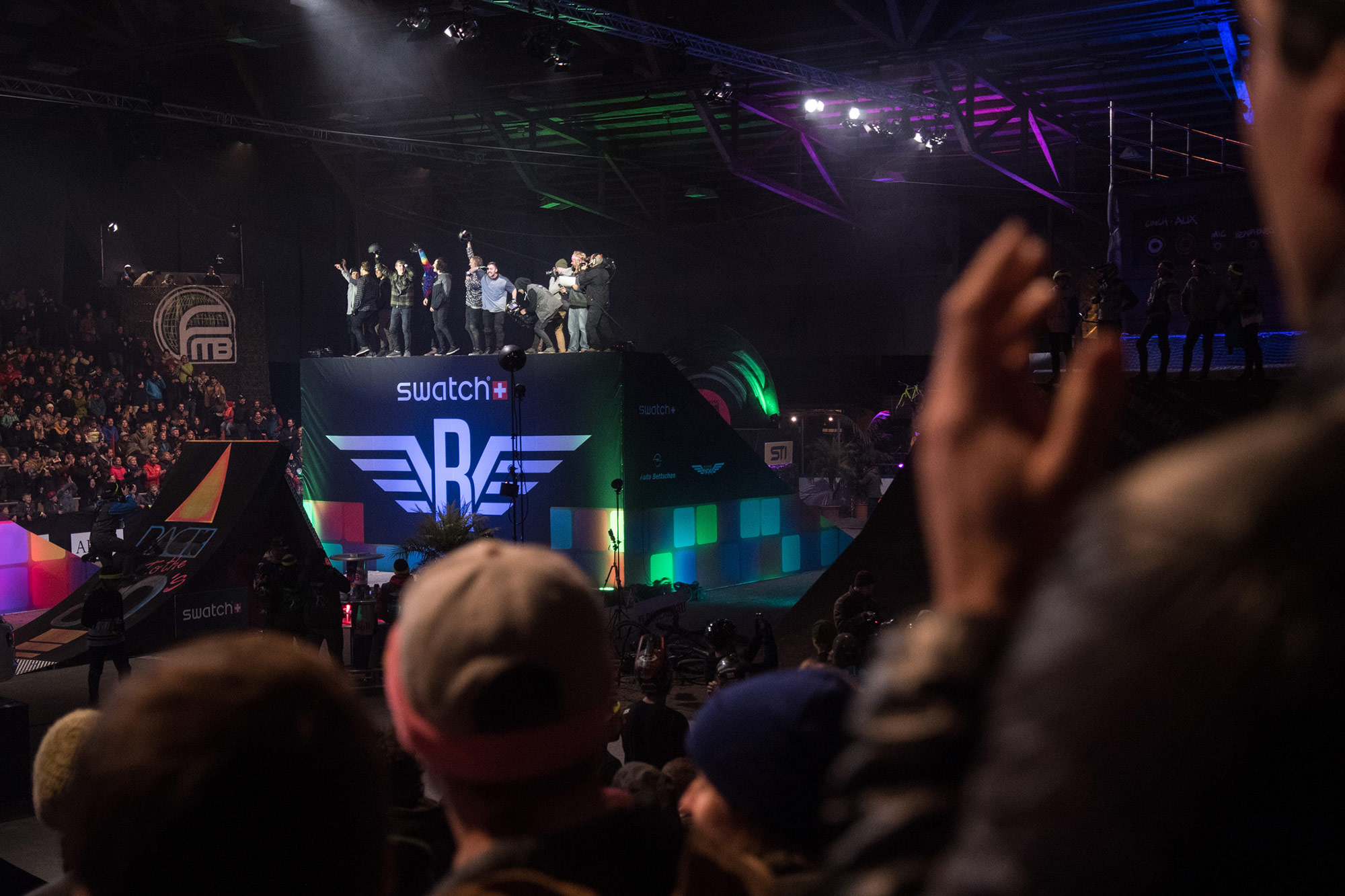 Back to the ’80s was this year’s motto at Swatch Rocket Air and it was Nicholi Rogatkin who pulled off the best run, twisting away amongst ghettoblasters, disco balls and roller skates.

The American is on a roll and after winning at Crankworx Rotorua and in Thun tonight, he increases the pressure on his competition for the FMB Diamond Series crown. Rogatkin was follwed by two Italians: Torquato Testa and Diego Caverzasi put on a great show, securing second and third place at the first FMB Gold Event of the season. 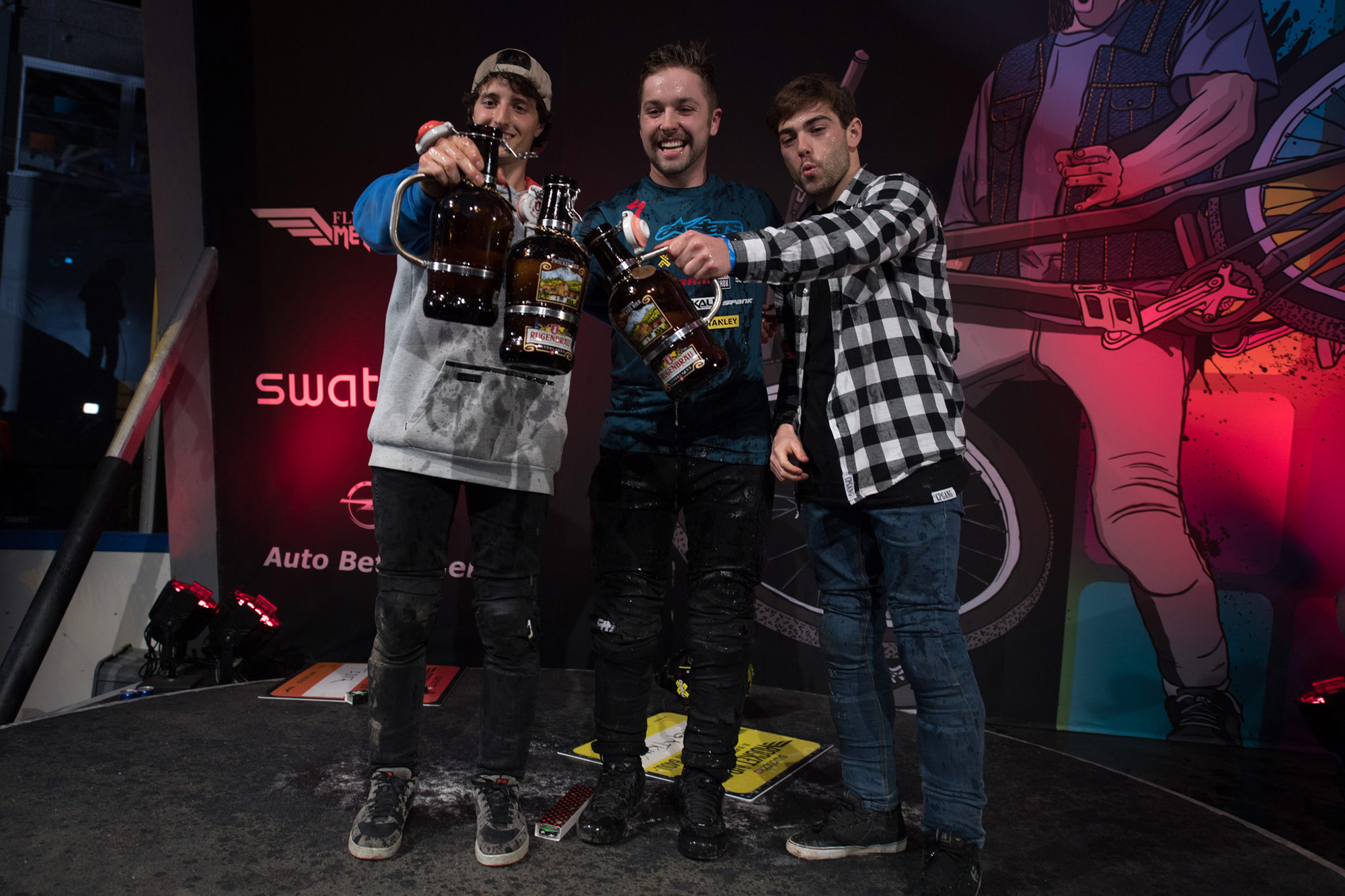 Based on the qualifying results it was Diego Caverzasi, who was the first rider to drop in and he raised the bar from the get-go thanks to a 81.70 score, which was beaten by Lukas Knopf (GER) from the ROSE Rad Squad shortly after (84.30 score). The german 20-year-old was able to hold on to the lead for the majority of the first run, closely followed by Norway’s Adrian Tell, who also impressed (83.00 score). Knopf held on to first place until the second last rider dropped in – Nicholi Rogatkin. The American sent a huge first run, which included a front filp to tuck-no-handed clap, scored 88.00 and put himself ahead of the pack. Thun then witnessed Brett Rheeder’s return the the FMB World Tour stage. Even though the Canadian Trek C3 Project team member wasn’t able to show a clean, consistent run, it was great having Brett back at an FMB Gold Event. He showed his skill in the second half of his run, which still secured him a solid 70.00 score for his first run of the season in competition, coming back from a knee injury. 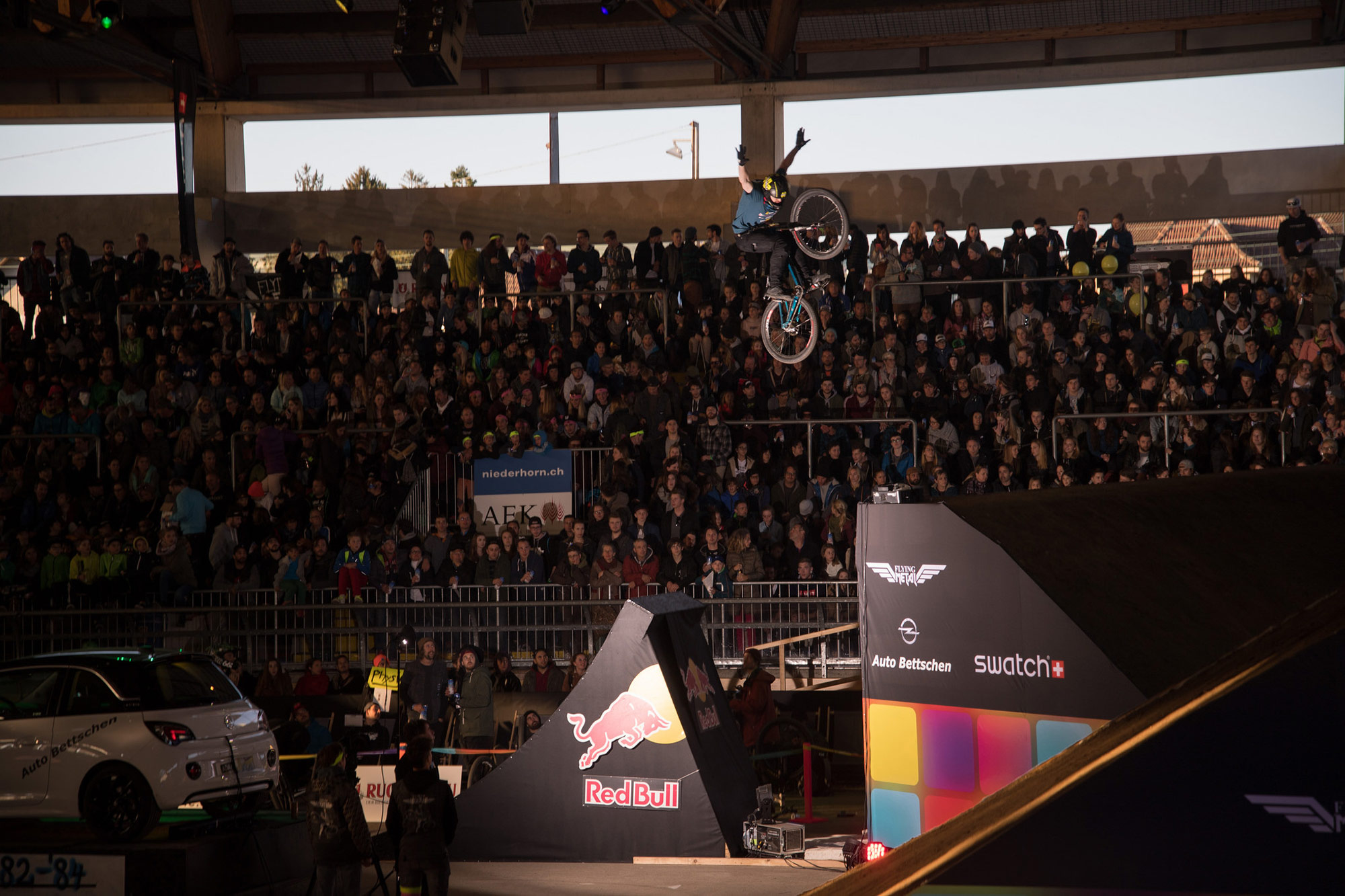 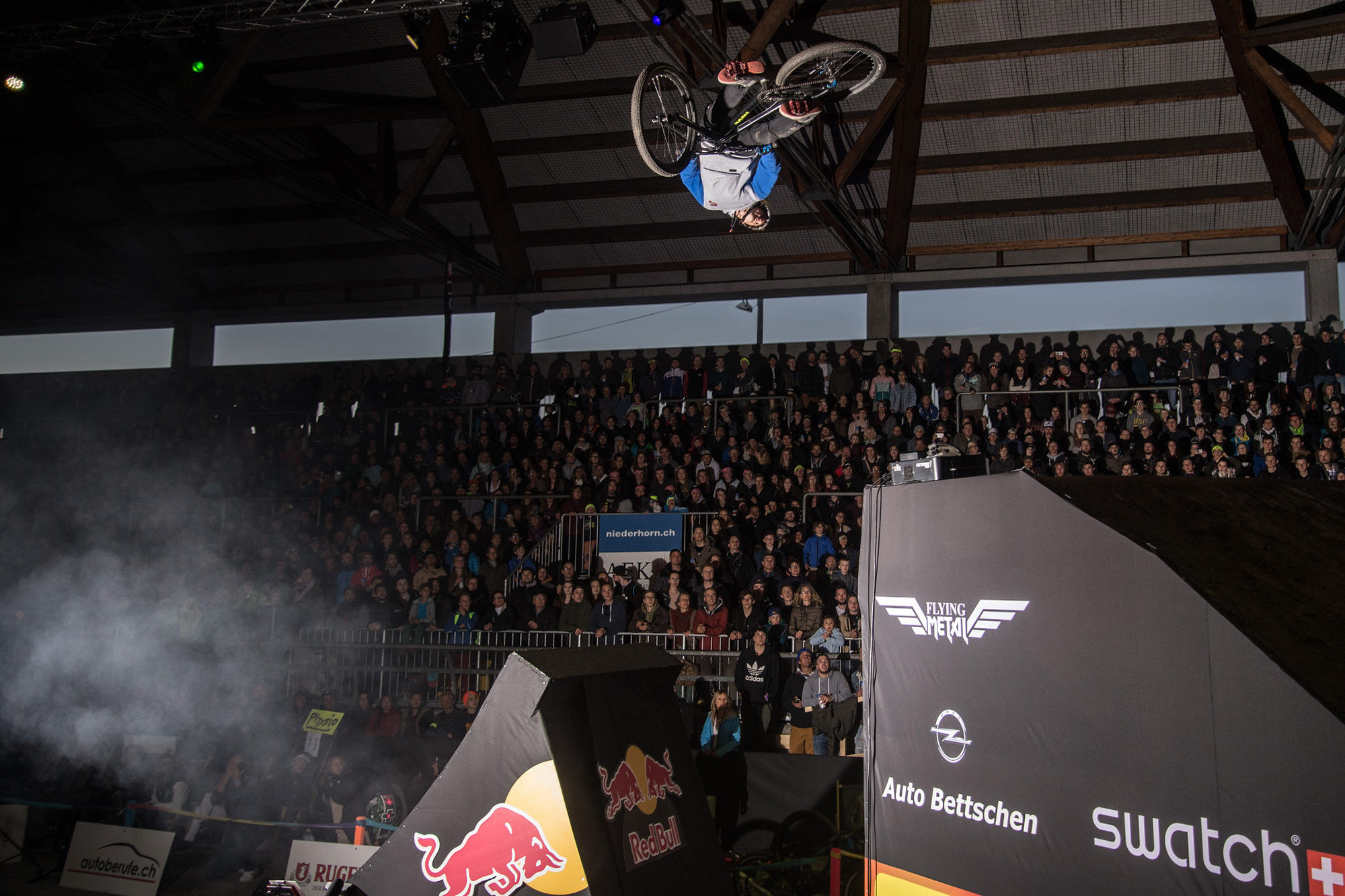 After having seen himself get pushed back in the rankings, it was up to Diego Caverzasi to bite back on his second run of the evening. The Italian proved he could handle the pressure and the crowd went wild after his cashroll to barspin off the Red Bull hip. Caverzasi scored 86.00, which bumped him up into second place. After seeing 21-year-old Alex Alanko (85.00, SWE) and Sam Pilgrim (84.70, GBR) just fall just short, it was his fellow countryman Torquato Testa, who finally got the better of him. Testa confirmed his sensational form this season; thanks to a stellar run, he double backflipped into second place for the second time at a major event of the FMB World Tour season. Still holding first place, Nicholi Rogatkin went all in for his second run: sending his signature “Twister”, he catapulted his score to 94.00 and secured the win at the first FMB Gold Event of the season. 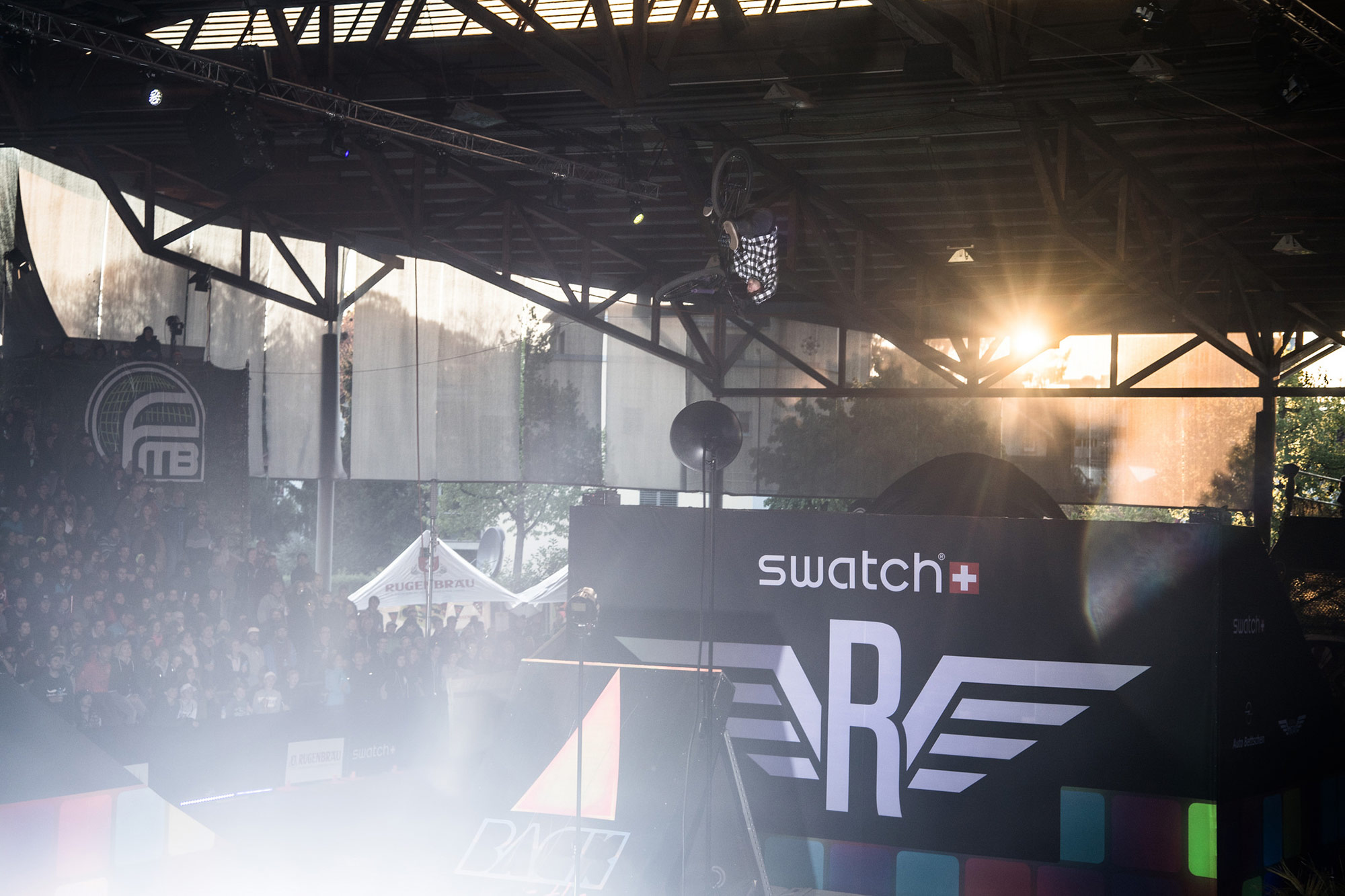 Nicholi Rogatkin: “We so appreciated the crowd again this year. We all wanted to go big and that was my major drive. I knew the crowd was going to love it, if we did some gnarly stuff. So, I basically gave it the best I had and I’m stoked to be up here.”
Swatch Rocket Air Podium:
Nicholi Rogatkin (USA) – 94.00
Torquato Testa (ITA) – 87.00
Diego Caverzasi (ITA) – 86.00