Being an Isenseven fan since …Well? I feel like I know those guys for a long time. At the end of this summer I started mumbling to interview another member of the Isenseven squad and after a little brainstorming the Marco’s Prediculous video part popped up in my mind, with its awesome soundtrack from say anything: I knew who was the next.

I always liked Marco, maybe for his such young age back when he entered his first snow trip with the marvelous Munich crew, maybe because in his video part he’s always smiling and throwing huge moves with style, and finally maybe I wrongly thought he got some Italian blood in his veins.

In the last two season he kind of disappeared from the spotlight because of various injuries, but this year he came back with a solid part in Don’t Panic, so we hit the young Munich guy and asked him about his beginning, present and his future plans. 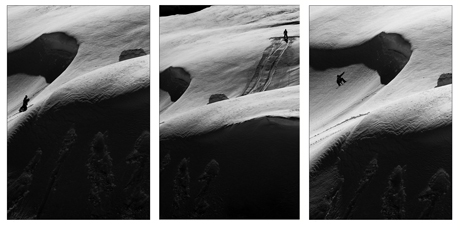 Hello Marco, we already know you’re just back from Mexico. Were you there for Holidays or what?

Yes I was on a surftrip together with 6 other good friends. We took part in a pharmacy study who paid our trip because we were testing out this new vaccination plaster against travel diaria. Therefore we had a free holiday with 3 weeks of excellent surf conditions!

I saw you personal blog, pretty cool. My eyes literally fell in the profil page where you write “date of resurrection 26.10.89” So you believe in reincarnation? Who you were in your previous life?

Hehe, well maybe there’s something like reincarnation. I could imagine the soul isn’t dying with your body but keeps on being on it’s own in some way… 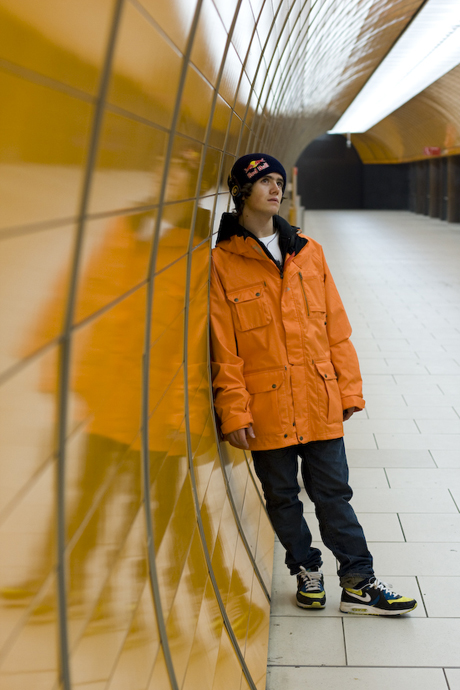 Your snowboard career is tied with Isen Seven crew right? I personally saw you first time in your ..Well? video part and you were really young back then. When did you start to travel for filming?

I got my first sponsor at the age of 12. When I was 15 I did my first video trip to Norway.  I was only allowed to go after my mother had a cup of coffee with Vincent Urban, our filmer at Isenseven. Since then I’ve been travelling a lot together with the other Isenseven guys: Canada, US, Finland, New Zealand…

Some years ago – I can’t remember exactly when but I guess a couple seasons ago – seems that you gave up pro snowboarding for a while to pursue the universitarian career: is it true or it’s another joke from your IsenSeven buddies?

No, I guess that was just a wrong rumour. I finished school in 2008 and decided to only concentrate on snowboarding from now on. Unfortunately I injured myself in the winter of  07/08 and 08/09 again which is why you didn’t hear much about me in these days.  And last year I started studying physics in munich so I had something to do when not snowboarding and for the summer break. But I’m still totally focussed on riding!

Why a guy from Monaco has an Italian name? Do you claim Italian origins?

Not at all. My parents are both german… 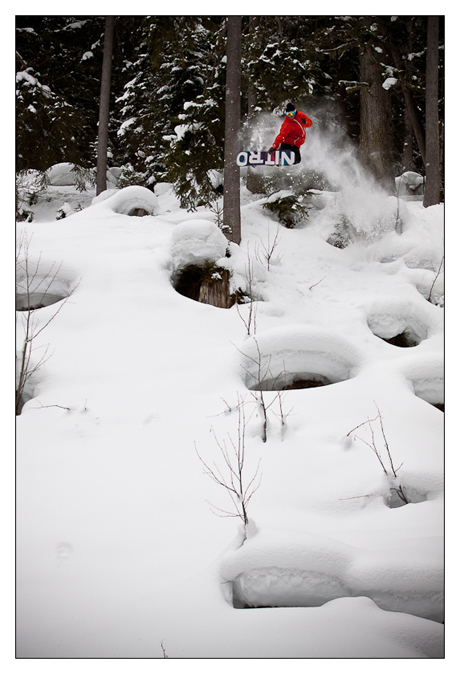 You even got a facebook fans club! You gotta be really famous! Do you believe and/or enjoy  communities like FB, Twitter and tech-sweeties such as I-Pad I-phone etc..or you’re a rough oldschooler?

Well I’m on facebook, although I wouldn’t say I enjoy it. I don’t like the fact that everyone shares personal information with everyone. Still it’s an easy way to stay in touch with people you know all over the world…

You had a couple unlucky Seasons filled with injuries. Never thought to stop snowboarding in those forced off times? How did you front two following years almost without snowboarding?

In the end I was really over it. I tore my ACL in February 08 started riding again in October, broke my arm in December and tore my other ACL in January 09. At this point I realized that it just could not keep on going like this. Still snowboarding is such a great thing which I just could not give up. Now I try to keep my body trained and say no to certain jumps which I don’t feel comfortable with. That way I managed to get through the whole last season without any injuries at all!

Why 90% of the IsenSeven riders are loyal to the crew, I mean almost nobody of the original group got off the crew to join another one. Is it because isenseven is the most famous German snowboard crew producing amazing videos or there is also a friendship factor?

There is a big friendship factor! For example the strauss twins and me have been spending most of the winter with these guys for about 6 years now. It’s a great thing to do snowboardmovies together with good friends which is why I wouldn’t want to quit filming with them! 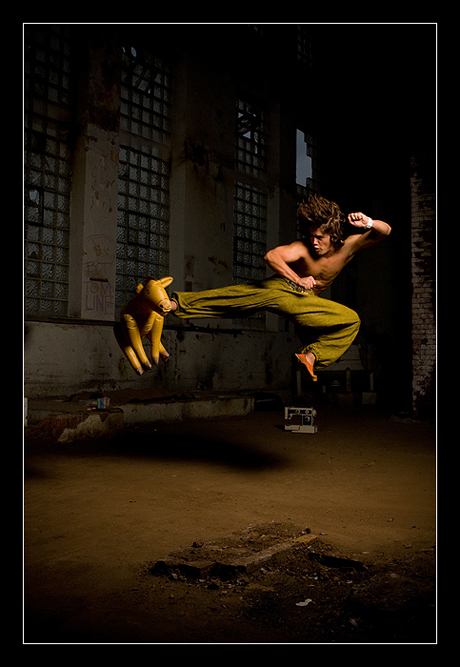 Who is one of the most underrated riders you know who deserved more attention?

You’ve also been on TV right? I spotted a Marco appearance on an muenchentv program named MIKSS. Never thought a television afterlife when the snowboarding career will be over? After all, you and Isen Seven guys are already producing “sort of” films..

Not really. I’ve had a couple of interviews on TV but not too many. It was interesting to get an impression how Television works but that’s not really where I see my future…

Which are your program for the incoming 2011 season?

I don’t have a fixed plan yet. I’ll focus on filming this year and try to catch as much powder as possible. 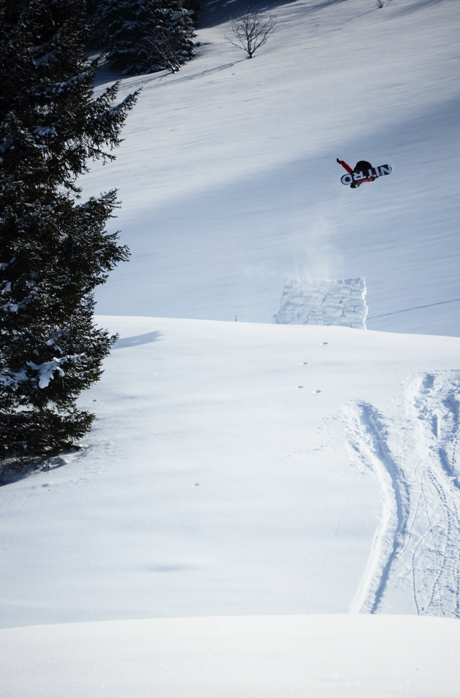 Talkin’ about your part in Don’t Panic, knowing that Alex used to hide some “peculiarities” of the rider himself in the introduction; so what’s the story about yours?

First of all the intro was filmed and cut by Vincent Urban. He came up with the idea of creating this particular atmosphere through the characters and the style it was filmed. Earlier Phillip and I had already suggested to shoot in a theatre which would give us the possibility to play various different roles. In real life we are snowboarders, students, boyfriends, etc. So it feels like we play different roles in these different worlds, too.  That’s an aspect of life which we tried to show through our intro as well as just creating extraordinary images.

Any last word from Marco? 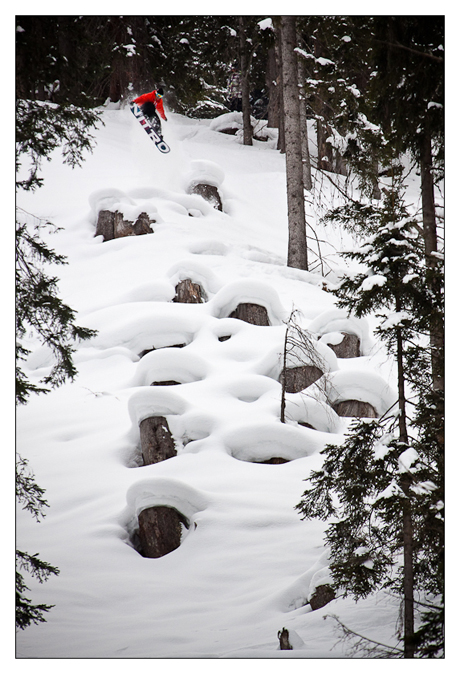