TheThe national series Superenduro couldn’t have had a better start.

The Cingolani Rokketta Legend round of Gualdo Tadino has been a very high-level competition. A newcomer perhaps into the national scene, but even so able to get everyone’s thumb up thanks to a race course up to the task and thanks to an efficient organising crew. They have been able to handle incredibly well some added troubles and an unanticipated reorganization of the race course caused by adverse weather. 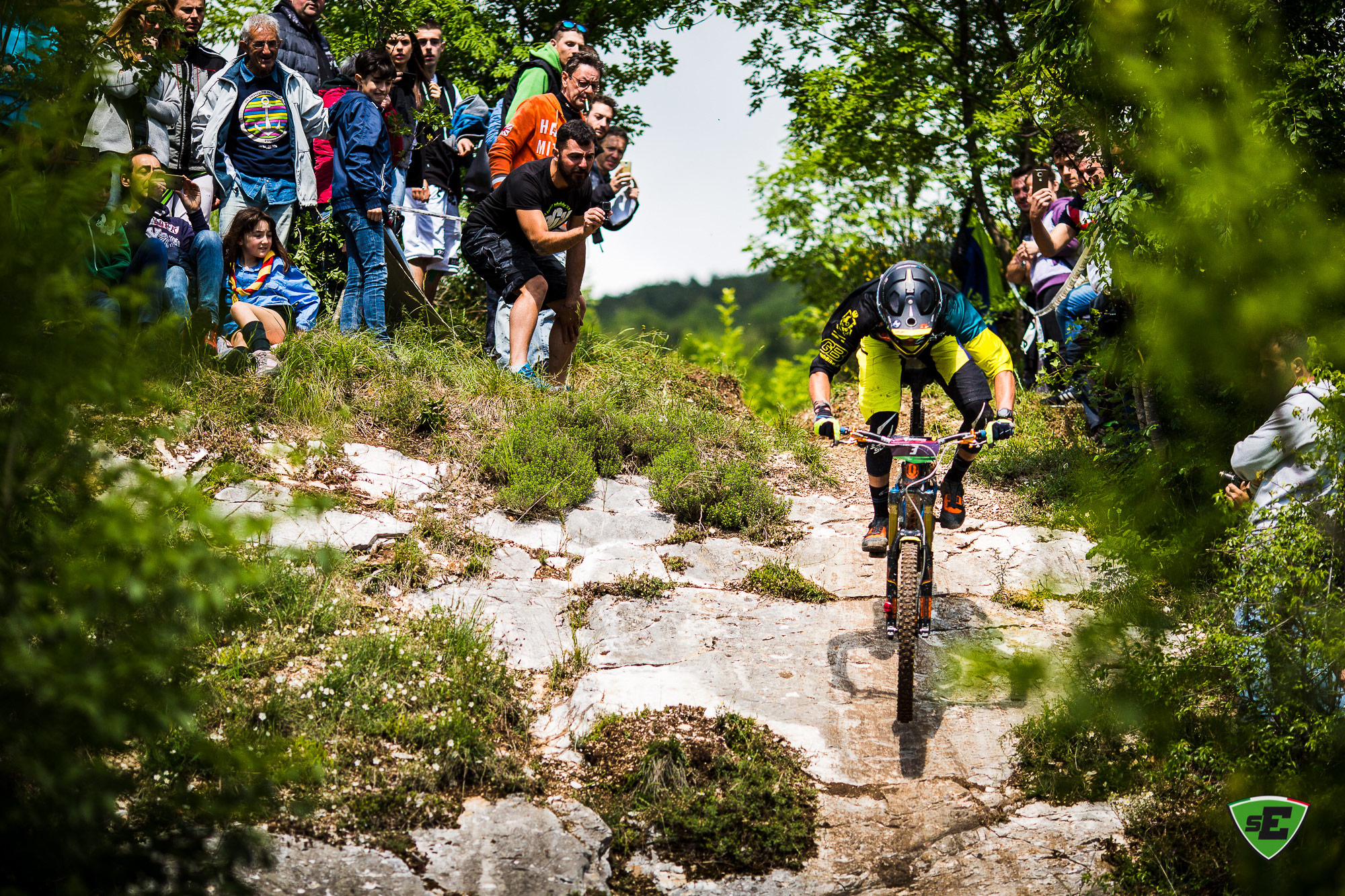 Youngster Matteo Raimondi (Gb Rifar Mondraker Team) and Alia Marcellini (Cingolani Trek Team) got the race tracks cracked and won the opening Round of the season with a consistent time advantage over the other racers.
Matteo, at his first Superenduro victory, states “I am speechless. My race kept going better and better: after a few mistakes in the early Stages, I found my pace and the right mood and this led me to the result that I have been waiting for for so long. ”. 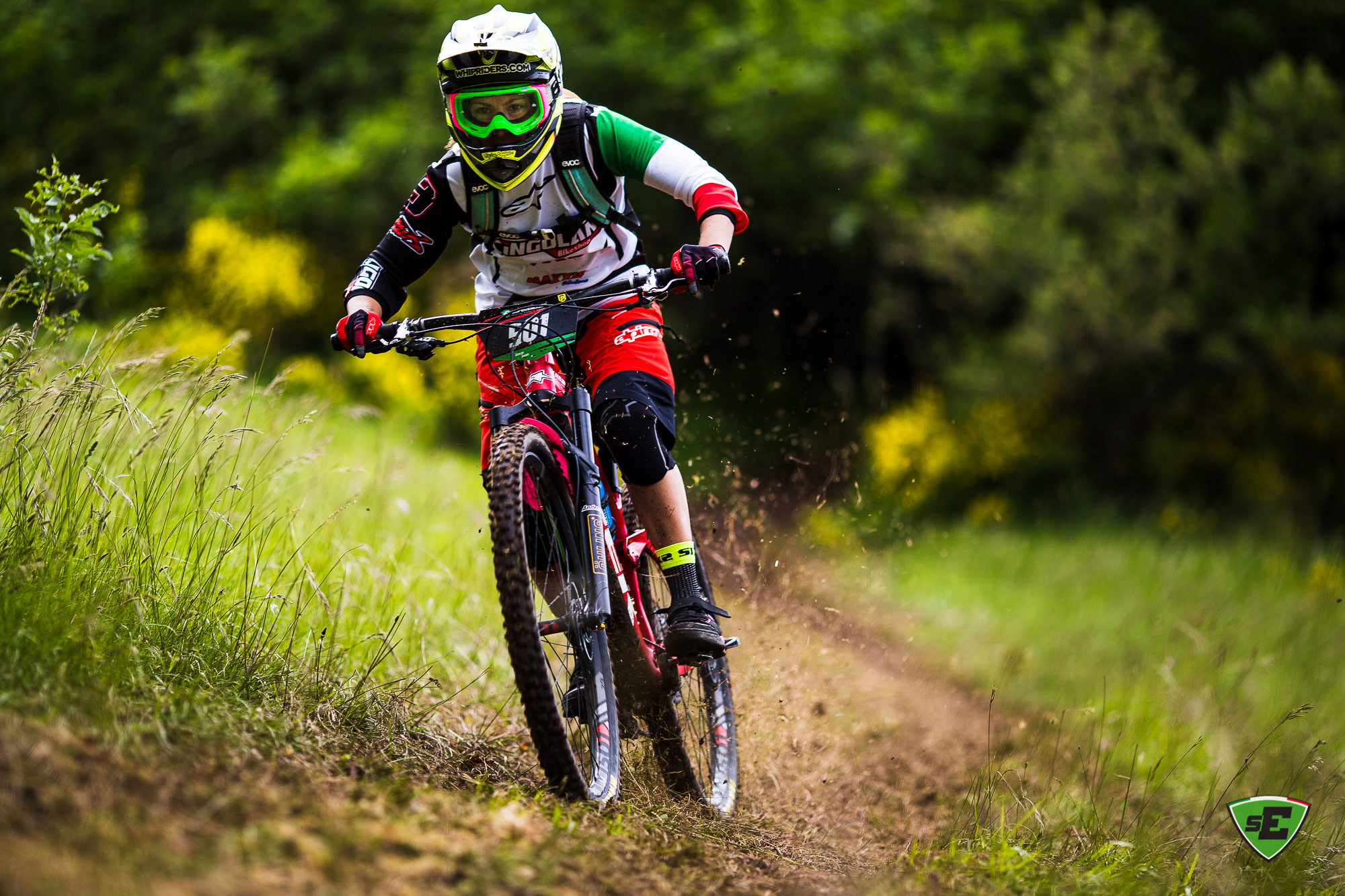 Vittorio Gambirasio secures himself the second place overall, by 21 seconds. Nicola Casadei is third at 37 seconds. Lorenzo Suding, kept the lead halfway through the race; unfortunately during the third Stage a mechanical forced him to retire.

In the Women, Alia wins over Bruna Benedusi with more than 2.40 minutes of advantage, while Jessica Bormolini finishes third at 3.40 minutes.
Determined to do well in the home Round of her sponsor Cingolani, Alia steps down from the podium and states “I pushed hard during the first Stage. When I realized that I had a good advantage over the other riders, I just managed it, taking care not to make any mistake ”.

In Youth, Simone Pelissero (Ancillotti Team) wins the round by only 1.4 seconds over Francesco Mazzoni. Slightly behind, Alessandro Liani takes third. The podium of the E-Bike category is topped by Marco Cassiani (A.S.D. Tecno Bike Terni Team) by almost 1 minute over Federico Barbarossa, second, and Maurizio Monini, third. 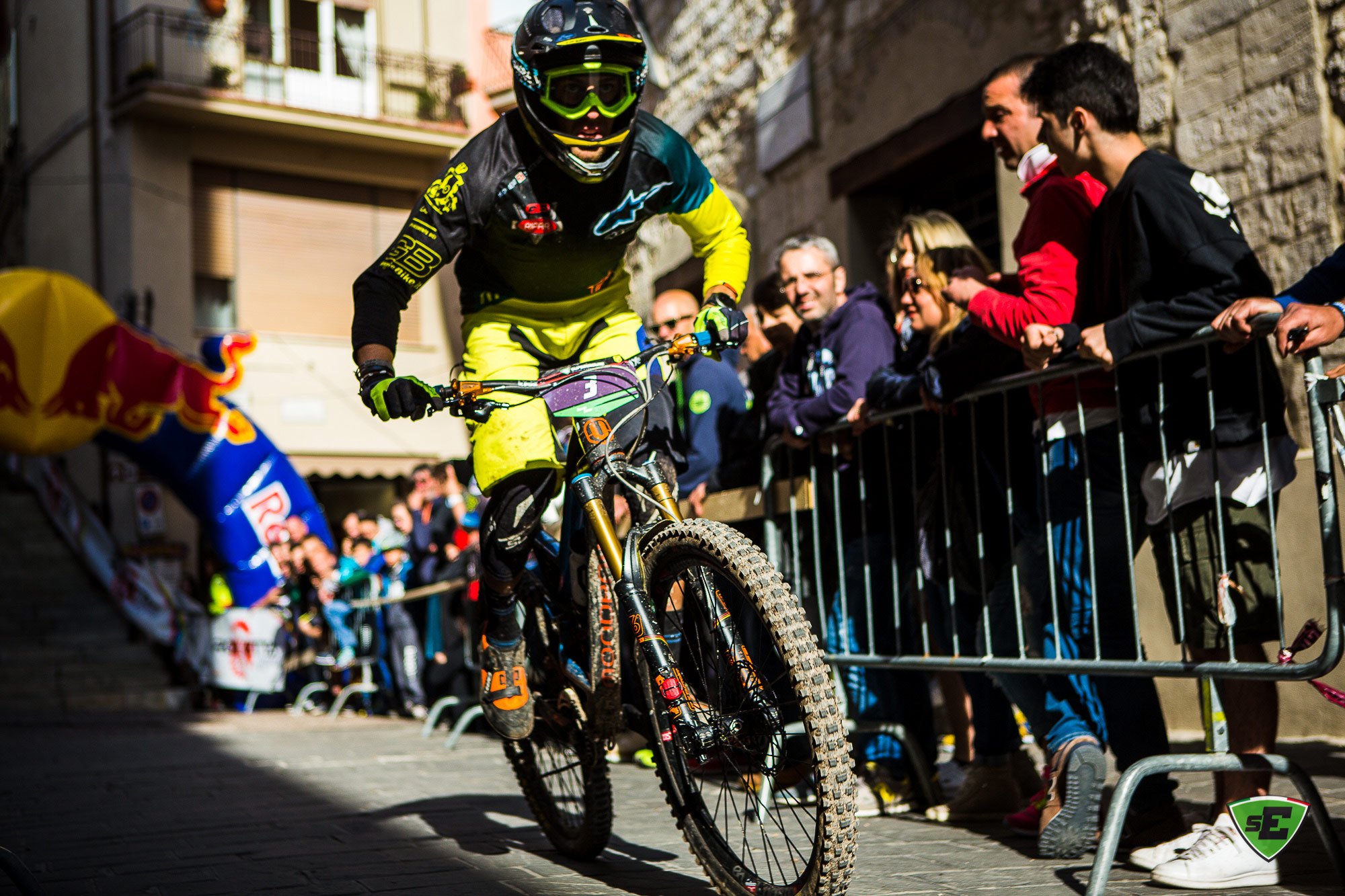 The very tricky race course and the heavy, muddy tracks shaped the race into a very physical and tiring challenge. Good enough to make clear why this discipline is tough and why technical riding skills are needed. To a lot of riders, being able to complete a stage race with 1700m of climbing and about 25 minutes of timed stages is already a massive satisfaction and something they will not forget.

Cingolani Rokketta Legend has offered far more than this. During Friday’s practice, all participants could enjoy breathtaking views from the Serra Santa ridge: this is the real value of a region that has a lot to offer to the world of mountain-biking.

Mirco Belardi, president of Gruppo Sportivo Avis Gualdo Tadino and head of the local crew organising the event, talks on behalf of the whole staff, getting a little emotional “This is a starting point for our region and for Gualdo Tadino’s community. We organize many sport events, but this time we really challenged ourselves. We succeeded, and this gives us great confidence for the future. We really want to keep going at this pace; we would like to liaise with the authorities and expand our network of trails and services for mountain-bikers, in order to be able to welcome and please, over the years, a growing number of enthusiasts ”.

The Cingolani Rokketta Legend Round makes for another important page of Superenduro’s history. See you all next time in Canazei, Trentino, on the 18th of June.