A brand new digital campaign has mobilized the Monster Army. The first film, shot in Ibiza goes live today and is available to view on the re-launched Monster Army Europe site.

November 10th, 2010, London— Monster Energy Europe and the Monster Army launch ‘Earn Your Stripes’, a digital film project showcasing the action sports talent from the Monster Army and their passion for a kick-ass goodtime. The Monster Army is a living online community allowing riders of all levels and action sports to connect with each other and be a part of Monster’s unapologetic charge through Europe.

Freshly re-launched today, the community can now take their experience one hell of a step further as they play a leading part in shaping the films and good times to come from Earn Your Stripes. 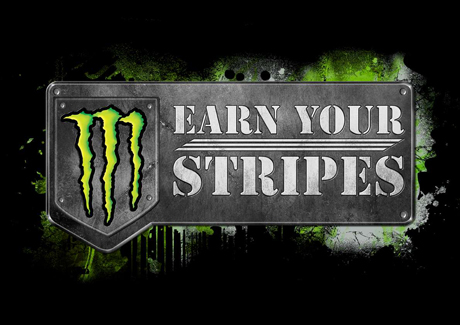 Likewise, Earn Your Stripes brings together recruits from all ranks of the Monster Army. Monster’s world class pros, aka ‘The Generals’, mix it with up and coming Army recruits to test their ability to shred during the day and survive the party by night.

Earning their stripes is something any member achieves through bagging tricks but just as importantly, taking the same attitude into how they attack any aspect of their lifestyle. 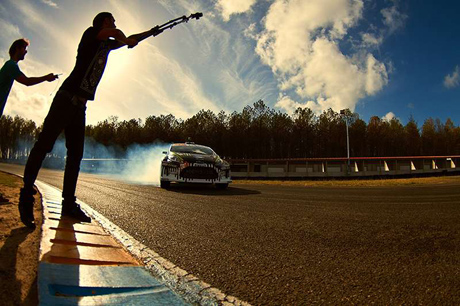 Earn Your Stripes is set in killer locations across Europe, featuring a cross section of action sports. The first episode launched today was shot in Ibiza, featuring wakeboarding sensations and Monster Generals Nick Davies and Nico von Lerchenfeld, who test the metal of Monster Captain Rocco Van Straten. After an epic day behind the boat the boys hit the Ibiza Rocks closing party where it goes off.

Earn Your Stripes Ibiza has been launched exclusively at monsterarmy.com and will be available for general digital release from w/c 15.11.10. Look out for upcoming films also launching this year including surfing in Hossegor (with an appearance from Ken Block) and BMX in Berlin with Harry Main.