For decades, Myanmar’s doors were predominantly shut to the outside world.

But increasingly, western influences have been allowed to creep in, including a growing passion for skateboarding in the South East Asian country.

In 2009, Ali Drummond took the seemingly unlikely step to move to Myanamar before much of the current reforms had been put in motion, and brought with him his passion for the sport.

Although skateboarding first emerged in the country in the mid-1990s, Drummond and a cohort of skateboarders from around the globe recently took to the streets of the country, with a population of more than 50 million people, to show their tricks across a variety of locations. 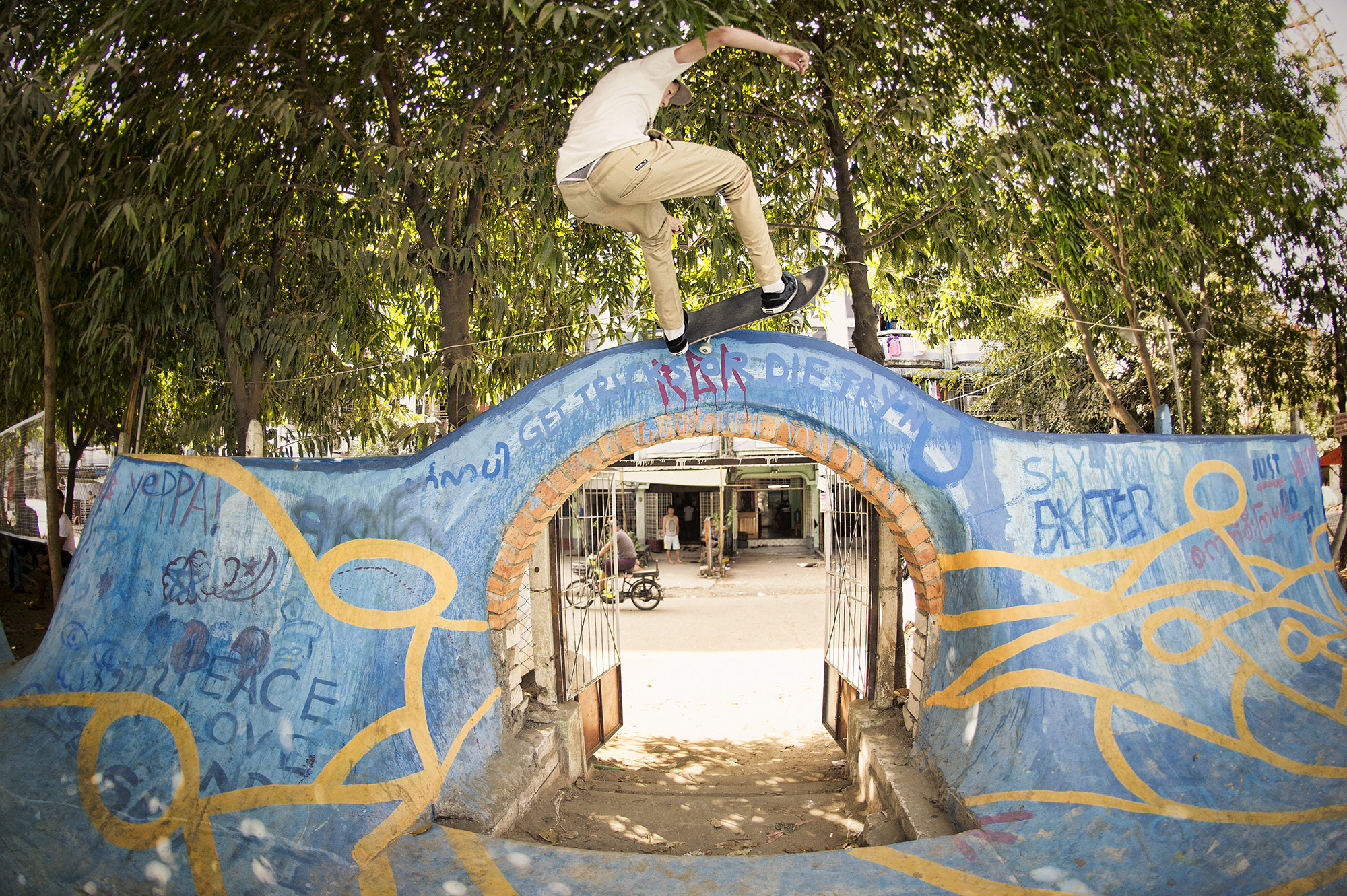 Under the title Myanmar: The Golden State Odyssey, they produced three visually stunning short films in a country with a smorgasbord of culture, which so often has been kept away from prying eyes further afield.

Drummond describes his adopted home as “an untouched country isolated from the world” but also “a real melting pot of cultures” ranging from its neighbours Bangladesh, China, India, Laos and Thailand, to the colonial rule it was under from Britain until independence in 1948. 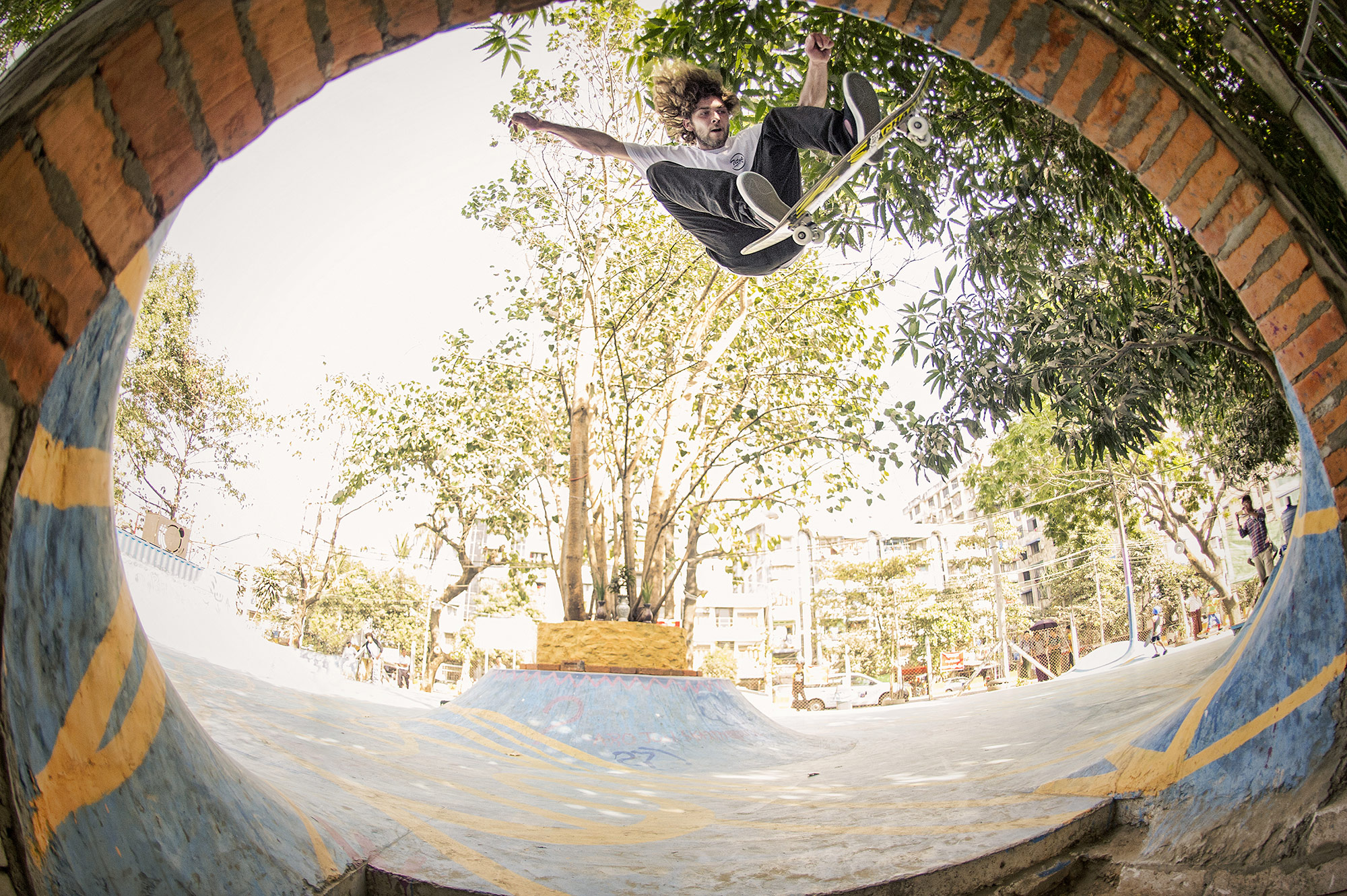 The opening film highlights how Drummond’s personal sporting passion has brushed off on the locals.

Working with the non-for-profit organisation Make Life Skate Life, he helped create Myanmar’s first skatepark which resulted in “a few hiccups along the way” but was then built in just a matter of two weeks, paving the way for a “new generation of skateboarders”.

In a first film awash with the country’s rich culture, the once closed nature of its society is highlighted in the fact its skateboarders have an entirely different lexicon, an ollie instead called a dolphin because of the manner it mimics the animal in water.

With footage taking them skating past temples in Yangon, the country’s biggest city, and walking past occasionally bemused locals with boards in hand, Gayle admits: “This is the furthest away I’ve been from western culture. The streets are smooth so it’s fun to cruise the streets, a bit like New York.”

In episode two, the team relocates to the somewhat bizarre city of Naypyidaw, built and created as the capital in 2007, and what Drummond calls, “a desolate city with nothing in it but 16-lane highways and sprawling Parliament buildings – a very bizarre place”.

But en route, they stop at viable skateboarding spots, arguably the highlight a leap by Gayle from a Buddha statue to a neighbouring dragon statue. Haslam called it “like something in a fairytale”.

The final episode – chapter three – takes in the famous old city of Mandalay opening with colourful washing hanging from locals’ lines and motorbikes careering along the streets, many of which would pull to the side of the road – blocking much of it – as the skateboarders found their latest spot.

For Drummond, who was also the former head honcho of Harmony Skateboards, the lure of his home for the past seven years is easy: “A lot of people have said they want to get here before it changes but think it’s changed a lot already. It’s seen as one of the last untapped countries for resources – oil, tea, gems. It’s got everything really.”

And now, it would seem, skateboarding. In Myanmar, the sport is only just beginning to scratch the surface.