Iinterviewing Nate Bozung was my most wanted aim ever, ‘cause in my opinion he’s the closest definition of the real snow skateboarder.

He absolutely doesn’t give a fuck of photo incentives, sponsorships, visibility and stuff, so, when he appears on magazines or films, it’s always a blaze ‘cause he does it in the most natural way, using his trademark style.

I picked him and his fellow roommate Ken Adams while living their happy silent life in Athens, Greece.They’re doin’ all the dirty things everyone of us usually does on holiday, so expect an holiday mode interview with holiday mode anwers.

I asked almost nothing about their present, past and future as snowboarders, ’cause I was more interested in the almost human beings behind the names of Nate Bozung and Ken Adams.

Where are you (Nate-Ken) livin’ now?
ATH (Athens, Greece) BITCH 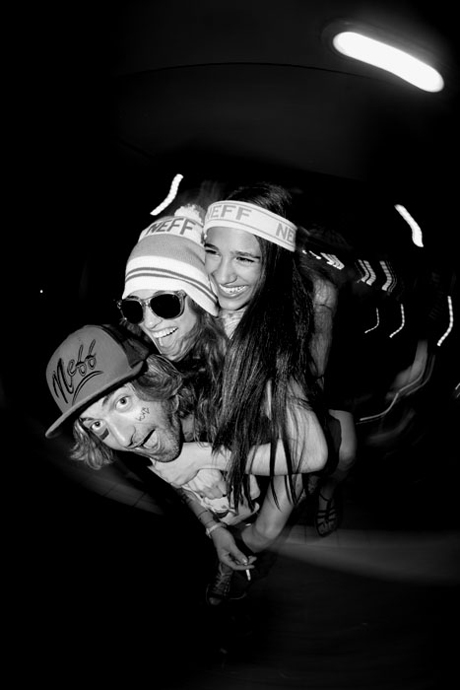 And what are you guys doin’?
fighting the man!!!

Happy Silent Life…what’s that? I was searchin’ for info about Nate and I fell into that blog..
just my blogspot for our lil scene here in Greece 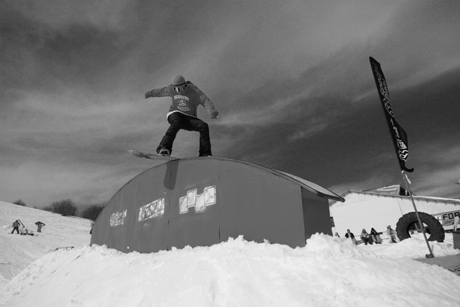 Nate, will we see you back on board this winter? With the Bozwreck project and stuff?
duh watch bozwreck3000 fuckers

Ken, why filming Nate in twisted mode catching his vices? Are you into filming?
I really don’t care about filming…i just document the only real boarder out here…i think that’s important to snowboarding. 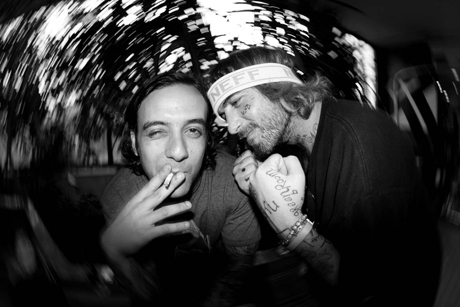 Other projects besides Happy Silent Life?
other project…greenroom …the shop ATH

I read somewhere about your (Nate) frequent flies to Oz…why Australia?
ya oz is my jamm what about it oo11-61 melbz fuckers

I know by HSL (Happy Silent Life) you’ve been (both of you?) in Greece lately..ever come to Italy?  (Lately I realized they’re still living there)
yeah many times we love it!!!!!

Nate, Judgin’ by the latest Bozwreck graphics I can assume you’re heavily into striped design dude, isn’t it?
u should see how many stripped shirts i own…. were are they…were am i  hahahahahah 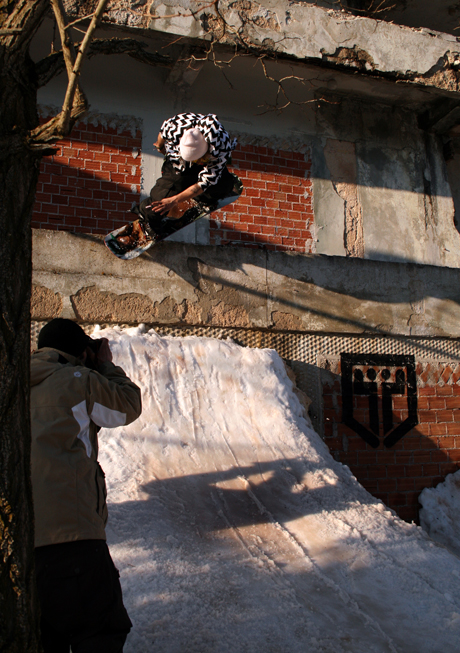 Nate, how’s the NEFF thing? I read the history page on the website..Seems that you’re the Shaun muse..
i started neff with Shaun (Neff) duh we just toook the fuck over …

Talkin’ about Neff: at first some hats, then shirts, then Pony shoes collab… next move?
munich ispo duh!!!!!!

What does “OUZO” stand for?
OUZO…. I SWEAR ITS LACED WITH COKE IT 1 HELL OF A FUCKIN DRINK I TELL YA!