The fourth time in a row, France’s biggest mountain bike festival, the Roc D’Azur in Fréjus, builds the perfect surrounding for the European premiere of the newest episode of the New World Disorder movie serial. Freeride-enthusiasts and general mountain bike fans are able to join this highlight presented by Mavic on Friday, October 10th from 9pm on in the Club La Reserve (www.la-reserve.fr) in St. Rafaël.

The New World Disorder series set a new standard in mountain bike films. The Freeride Entertainment crew spares no technical or financial effort to bring you the sharpest moving pictures shot in stunning angles. Be anxious to see the continuing revolution in freeride mountain biking.

But that’s not all, like Derek Westerlund, founder of Freeride Entertainment, revealed: “It is a different style movie for us that introduces a lot of new faces to the series and some of the most incredible riding we have ever captured! The return to the Nissan/UCI World Cup really adds a new dimension to everything. Following the Athertons through the race season certainly creates a great storyline. We cannot say enough about the level everybody’s riding is at.  From the opening segment until the very last drop: the riders are putting it all on the line.“

Join the European premiere and watch e.g. Oakley rider Gee Atherton shredding the Worlds course the day after winning the race, Benny Korthaus and Paul Basagoitia ripping the Australian dirtpipe, Robbie Bourdon stomping a 70 ft. flat spin, or Fabien Barel dropping an insane, near vertical line in Morocco! The coverage of the biggest contests in 2008 – like Crankworx Whistler and Colorado or the Nissan Qashqai Challenge– will provide a huge pack of insane tricks, too.

The Roc D’Azur Festival in Fréjus itself – being one of the biggest mountain bike festivals in the world with thousands of visitors – is worth the journey for sure. But the vibes at the European premiere party of “Never Enough” presented by MAVIC will be the best of this weekend. So let’s party with the good guys, some hot girls and great vibes. 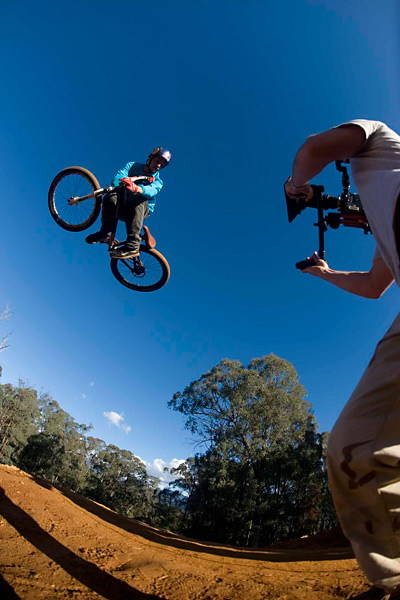 new world disorder Up to 26 inch