The Bikepark Leogang hosts the Out of Bounds Festival, Austria’s biggest freeride mountain bike event, for the seventh year in row. From June 24th to 27th a unique combination of mountain bike competitions is waiting for the freeride fans: the iXS European DH Cup, the legendary 26TRIX dirt jump contest as well as the grand final of the brand new Euro Fourcross Series.

The fifth anniversary of the 26TRIX promises best dirt jump action in the center of Europe. The 26TRIX has always been pushing the trick level forward since its first edition in 2006, when Gregg Watts was the first one to nail a double backflip during an international competition ever. The xxl-sized jumps that had been added to the 26TRIX course last year guarantee massive airtime that has not been seen often before. 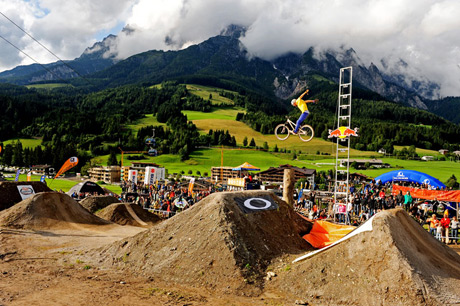 All gravity fans can also look forward to two big comps on the Out of Bounds Festival agenda: the iXS European Downhill Cup is hitting Leogang again, but also the grand final of the brand new Euro Fourcross Series. Feel free to register on www.ixsdownhillcup.com to take the chance on the challenging “Speedster” DH track in Leogang. The Euro Fourcross Series accreditation will open soon, too. At the same time you can enjoy the gravity action as a spectator. The gondola and other trails are open, as well as the tickets are reduced by 30 percent during the Out of Bounds Festival days. 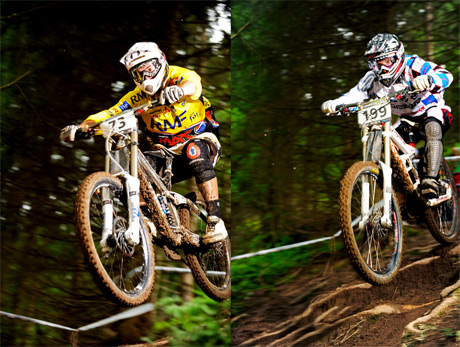 An almost legendary side program features BBQs, a Bunny Hop contest, an exhibition area and a hard rocking after party with a huge crowd of people dancing and probably going crazy like last year.

For further information about the Bikepark Leogang, its events for 2010 and the variety of available tracks, please visit: www.bikepark-leogang.com

The iXS Downhill Cup homepage is worth a look, too:
www.ixsdownhillcup.com