Knog, the Australian brand for bike and outdoor, is launching what it believes to be a game changing product, “PWR”. Pronounced “power” it is an ecosystem of bike and outdoor products that use the same battery. Just like modular power tools such as Ryobi ONE+, once you get your hands on one battery, you can power each bike lighthead. 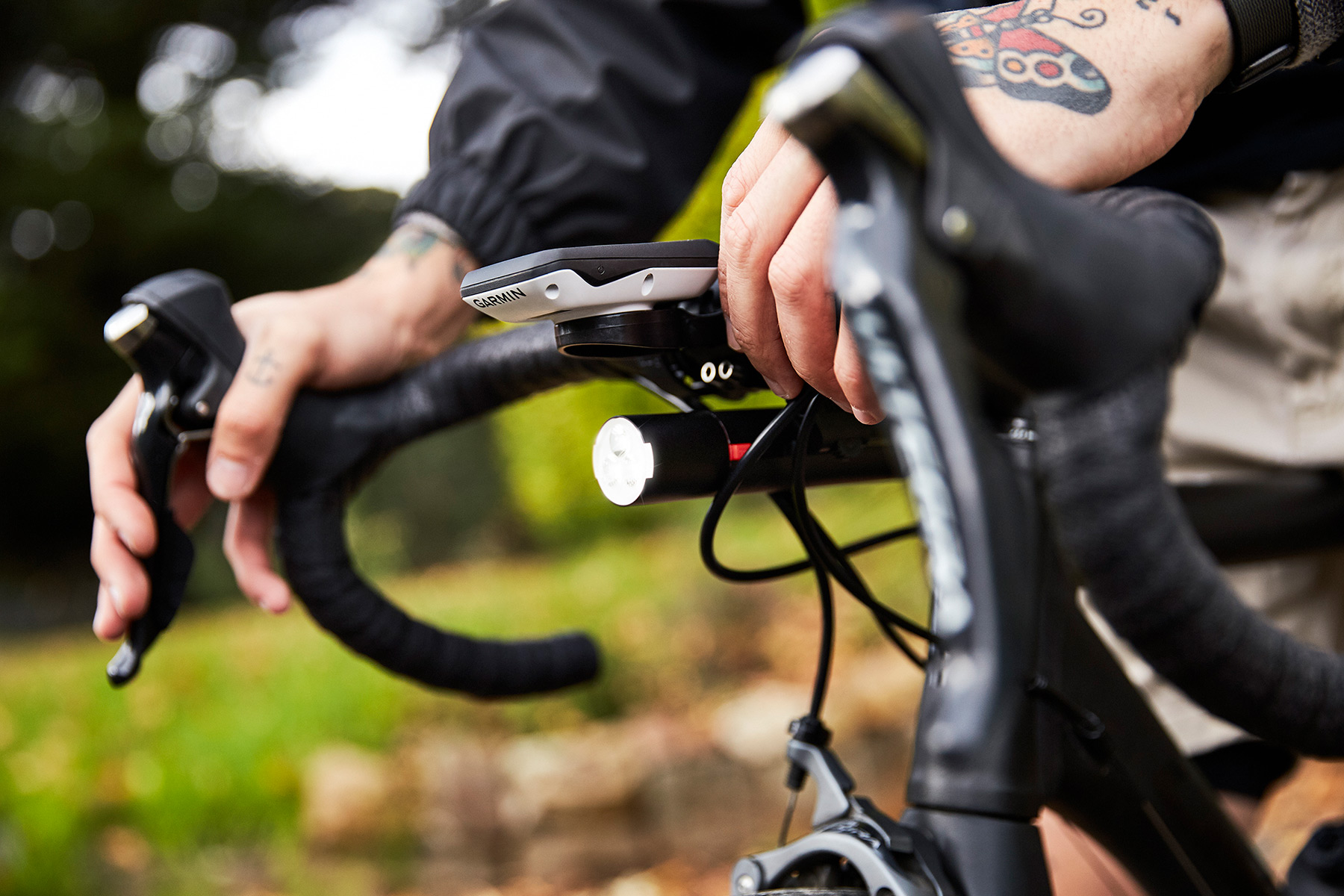 But more than that, each battery in the system works as a power bank to charge other devices and other PWR products in the future. Knog are proud that this is “not just another bike light” for four reasons:
1. No other modular system exists. If you want a second light, you need to buy a complete unit. With PWR, simply upgrade your brightness with a new lighthead, or upgrade your runtime with a bigger battery.
2. The bike light battery doubles as a “PWR Bank” with USB port to charge your Garmin, GoPro, or phone.
3. The PWR bike lights can all utilize the ModeMaker app – a free desktop app which let’s you redesign your flash patterns and constant modes, plus control the number of modes on the light.
4. The PWR range will extend beyond bike lights. There is a headtorch, speaker, and camping lantern being launched early next year which all use the same battery. 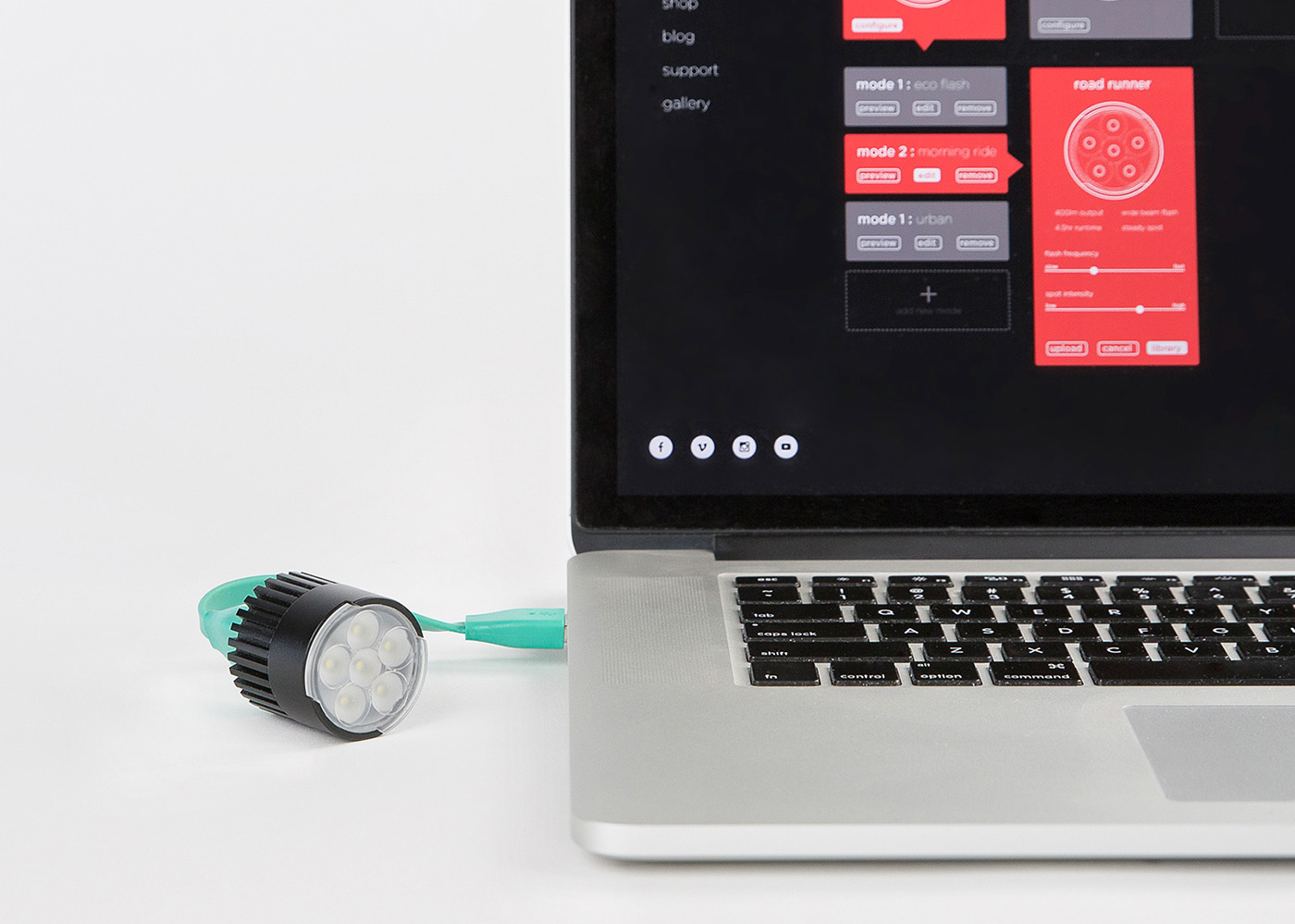 “It’s such an obvious idea really” says Knog’s CEO, Hugo Davidson “Upgrade just your lighthead to get brighter. Upgrade your PWR Bank to go longer. But at a minimum, get more use from your gear by having a power bank on you at all times”. 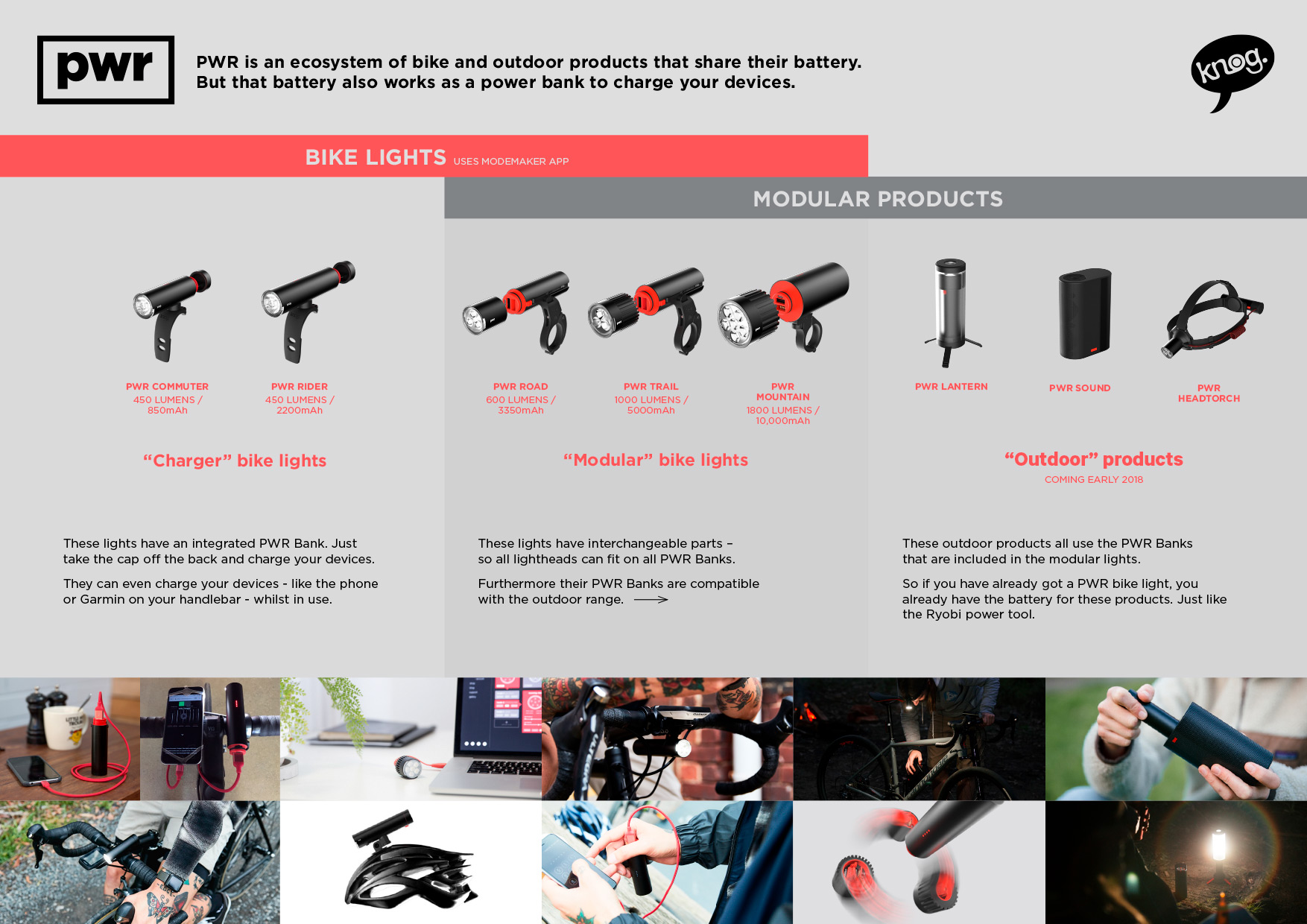