Canada’s Kyle Croxall won the Ice Cross Downhill World Championship in Quebec City on Saturday in front of 100,000 spectators by grabbing second place behind Finland’s Arttu Pihlainen, helped to the title when his brother Scott crashed into a wall late in the race.

QUEBEC CITY (Canada) – It was the most dramatic Ice Cross Downhill World Championship in Red Bull Crashed Ice history with Pihlainen looking like he was headed for the title until the very end of the final race. 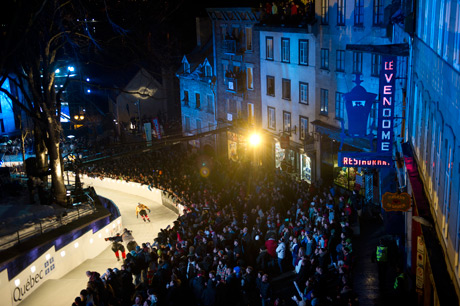 Championship leader Kyle Croxall needed to finish at least second to win the title but the Canadian firefighter was well behind his brother Scott in third place with time running out as the Finn streaked away from the pack. But Scott Croxall suddenly crashed into a wall after a tricky jump and fell to the ice, allowing Kyle Croxall to leapfrog him into second and give Canada its first world championship in the sport’s history. Kyle Croxall, runner-up in 2010 and 2011, finished the year with 3000 points, just 40 ahead of Pihlainen (2960) with Scott Croxall third (2300). 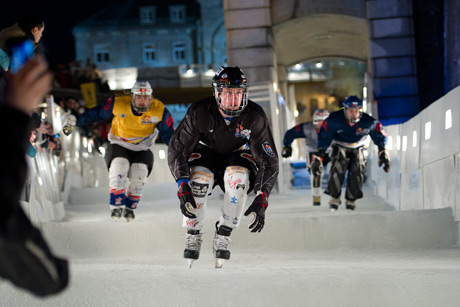 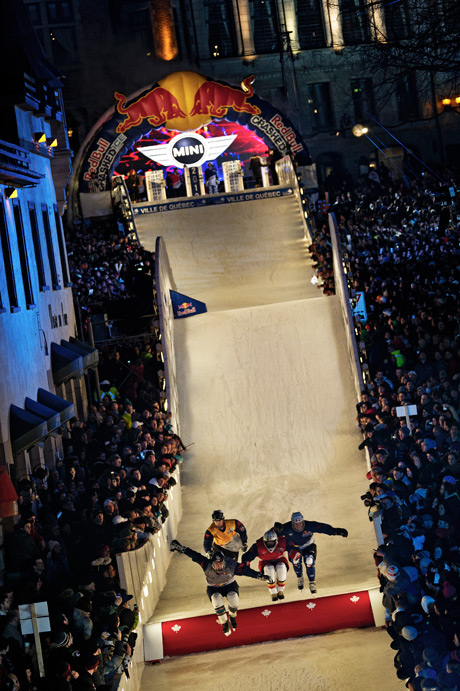 It was a bittersweet victory for Pihlainen, the 2011 world champion. It was the sixth career victory for the soft-spoken physical education teacher and fourth time he won in Quebec, Ice Cross Downhill’s answer to Monaco in the Formula One. But Pihlainen came to Canada planning to overtake Croxall and drive home the MINI awarded to the world champion.

For much of the race it looked like he had the title in the bag before Scott Croxall’s late tumble. Ross Thompson of Canada was named the MINI Rookie award as best newcomer. 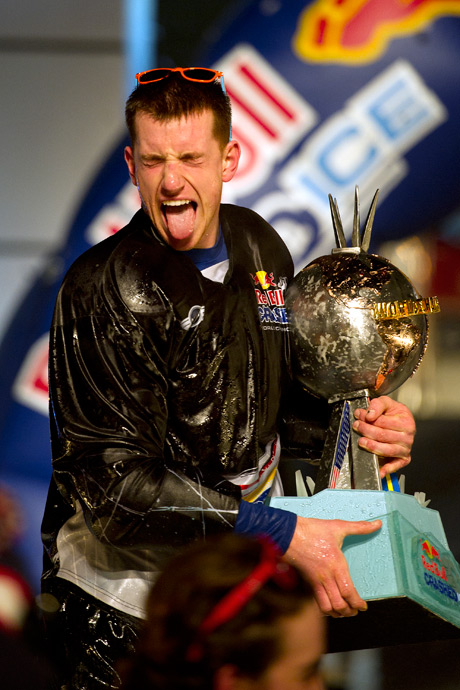 “It feels amazing,” said Croxall, a muscular athlete with fast feet who won the first two races of 2012 in Saint Paul, Minnesota (USA) and Valkenburg (NED) before stumbling in Are (SWE) with 13th place. He admitted he was delighted to see his brother crash in front of him. “I thought that was really good.” But both he and Scott denied there had been any sort of “team orders”. 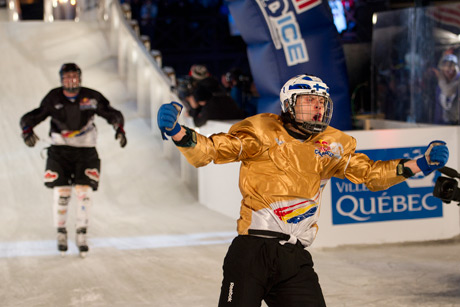 The third world championship was dominated by the Canadian team with Finland following. The Swiss and German teams were once again strong in 2012 while the Dutch, Russian and USA teams showed great improvement.