The contest format of Red Bull Storm Chase is unique: 10 of the world’s best windsurfers competed in the first mission on Monday in Ireland – Brandon Bay.

Riders from all over the world travelled to Ireland to battle against the storm to catch the ticket to the next round. The athletes showed incredible performances picked with flips, spins and awesome jumps and made the best out of these tough Irish conditions. 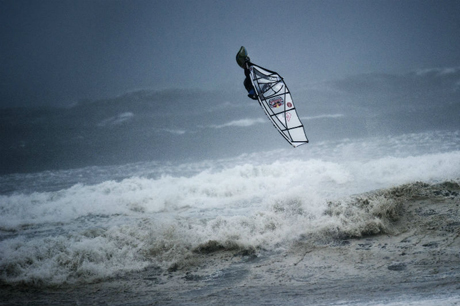 The top four of the second round step forward to the third mission scheduled from 22nd July onwards. The winner of this final mission will be crowned to the “king of the storm chase”. 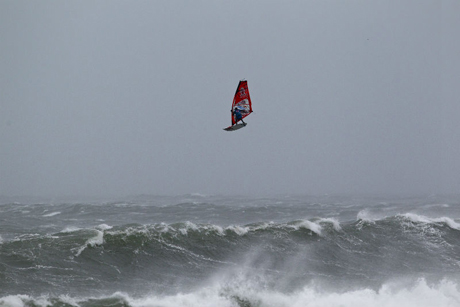 To guarantee raging conditions, Red Bull Storm Chase 2013 will be mobile to the max, with a holding period and just 48 hours to mobilize riders and global contest crew on-site before the storm strikes. The starting flag will drop as soon as the wind exceeds 10 Beaufort (54 knots / 100 kmh / 62 mph).

As windsurfing legend Robby Naish about the Red Bull Storm Chase: “Sailing in storm surf separates the men from the boys!”

For further information have a look here: