The world’s 12 best freestyle motocross athletes will take over the heart of Brasilia, the capital of Brazil, on Saturday (May 28, 2011), performing in front of 60,000 fans and an expert panel of jurors.

The winner of the second stop of the world famous FMX tour will be crowned for his feats on the Esplanada dos Ministeros, the avenue of the ministries that has been designated as a UNESCO World Heritage Site. 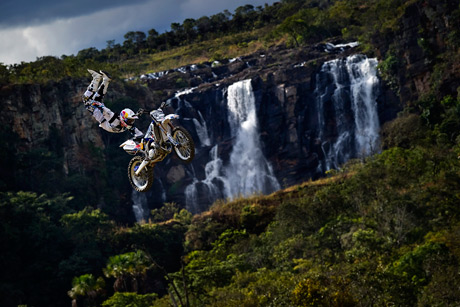 BRASILIA (BRA) – The engines will be howling in Brazil for the second time in the history of the Red Bull X-Fighters World Tour. In 2008 Jeremy Stenberg (USA) jumped his way to victory in the Carnival mecca Rio de Janeiro. Robbie Maddison said: “The Sambadrome in Rio was packed and the atmosphere was unbelievable. I’m sure the reception we’ll get in the capital this year will be just as frenetic. We’ll have lots of new tricks.“ 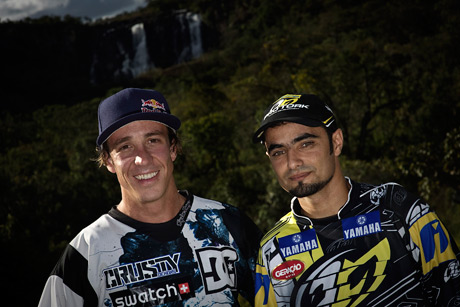 On the Esplanada dos Ministerios, where the country’s political direction is decided, kickers and landing hills have been built up in front of an historic backdrop, the high-rise buildings designed by architect Oscar Niemeyer. Danny Torres (ESP) is widely regarded as the front-runner going into the battle in Brazil after the Spaniard secured his fifth career victory in the 2011 season opener in Dubai (UAE) to take the world tour lead.

Norway’s Andre Villa and defending champion Nate Adams (USA) are hot on his heels. Adams has promised he will have a lot of new tricks in Brazil: “It’s enormously tight at the top. One mistake and you’ll end up in the paddock as a loser. Everyone has to go to the outer limit.“ 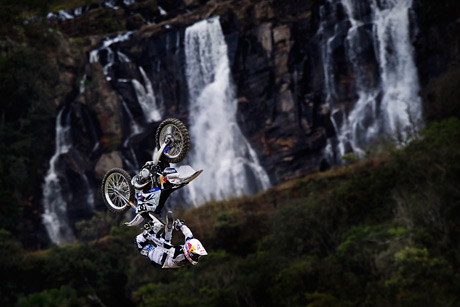 There are six FMX events in 2011 on four continents around the world. After the showdown in Brazil, the tour moves on to the eternal city of Rome (June 24). After that there will be more title battles in the bullfighting arena of Madrid (July 15) and in the new European soccer championship stadium in Warsaw (August 6). The world finale will take place on the “fifth continent“ in Australia.
The Red Bull X-Fighters will be competing in Sydney for the first time (September 17).

For more information, head over to www.redbullxfighters.com