World premiere in a wavegarden – that is what the professional wakeboarder und Rider of the Year 2016 Nico von Lerchenfeld has planned. Wavegardens are usually intended for surfing, but Nico takes the full risk and dares to be the first wakeboarder ever to fight the waves. TEAM PLAYGROUND, the actionsport YouTube channel of funk and PULS, shoots a spectacular actionclip in incredibly challenging conditions. 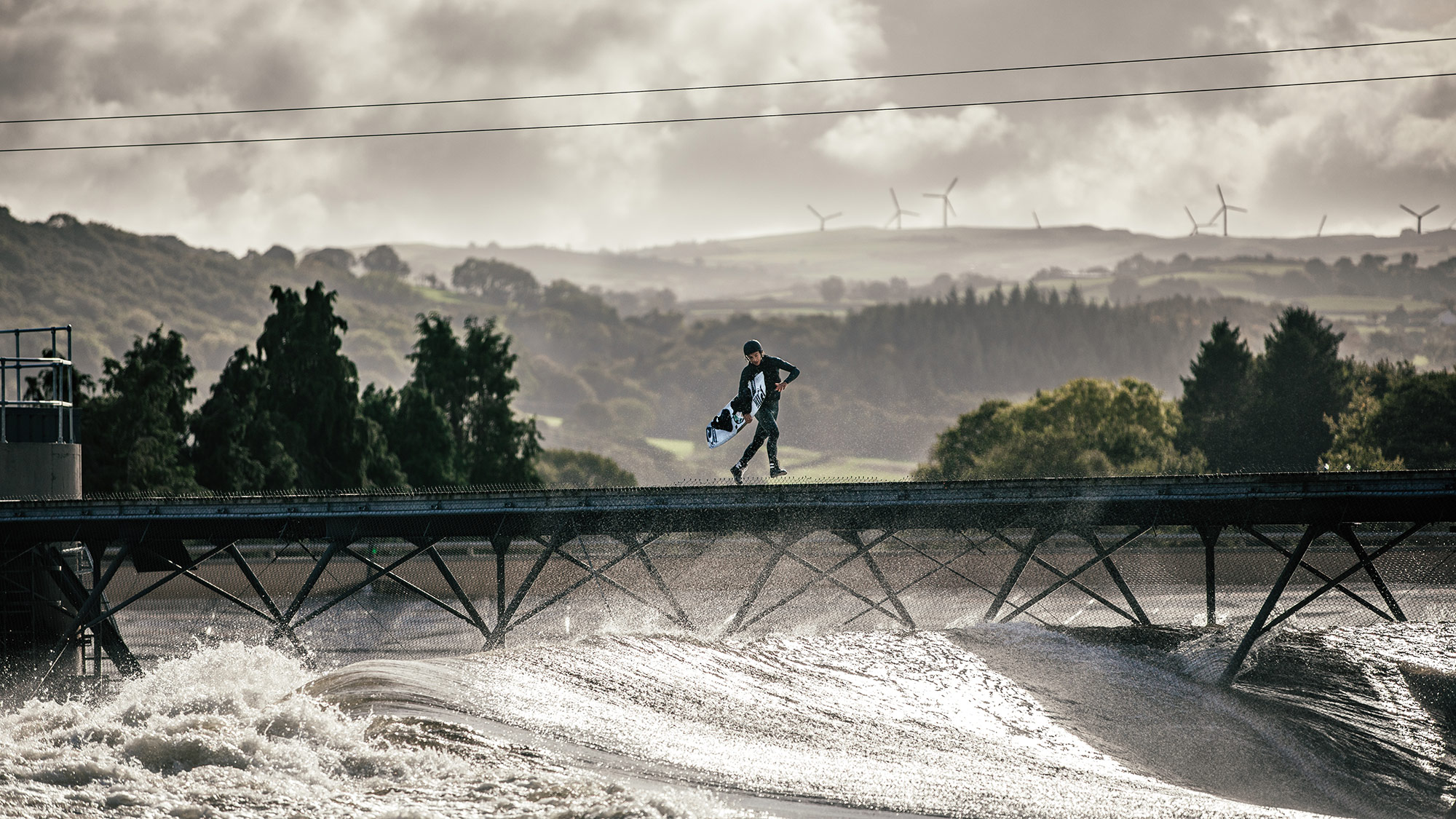 Surf Snowdonia in Wales is the biggest publicly accessible surfpark.
In the 300-meter-long basin artificially generated waves rise up to two meters high. It’s the perfect playground for surfers, and an almost impossible challenge but actually for wakeboarders. They usually get pulled in shallow waters by cable winches or lifts, they glide over the water and jump over everything: ramps, walls, fences or the bow wave. But what they don’t do: playing with the waves of a wavegarden.

Nico wants to be the first:

„I’m an board-sportsmen . In winter I like to go snowboarding and surfing in summer. Together with my team I wondered what we could do that is unprecedented. The combination of two of my favorite sports has always attracted me. Fortunately for the project did not have to wait long – funk und PULS have made it possible for me and Team Playground.“

The logistical effort in Wales is enormous. For this daring project, a so-called System 2.0, an extra lift system is built, which is supposed to pull Nico through the waves. To capture everything for a unique action clip there are five cameras, a drone and an underwater camera man. The world famous surfer Jordy Smith meets Nico at the edge of the pool and is impressed by his plan. Nico doesn’t know what to expect but boldly plunges into the waves. 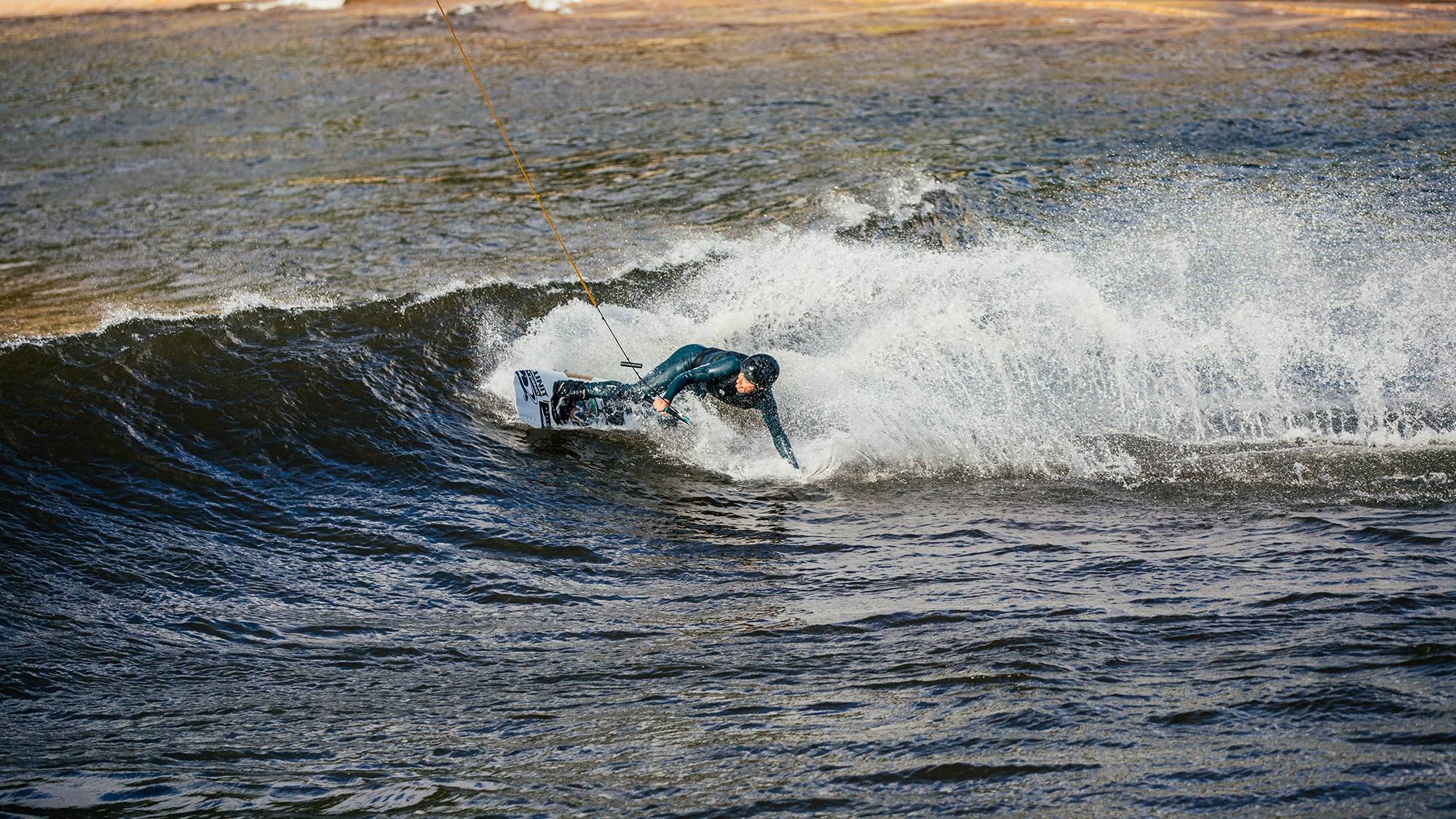 But then nothing goes according to the plan: during the first tests Nico hits
the fence with the board and gets wounded in the head. Only Nico’s helmet, which rips on impact, prevents the worst. A short time later, his little son must go to the hospital due to Norovirus. And then Nico and the entire team get sick, too. It all looks like the project is going to fail. But instead of canceling it, Nico is vloging onYouTube about the many unfortunate circumstances. Very personal. Very emotional. And the spectacular action clip? The crew of Team playground is able to produce it anyway.

Who is Nico von Lerchenfeld

Nico von Lerchenfeld is 24 years old, comes from Allgäu in Bavaria and lives in Cologne. He is one of the worlds best wakeboarders. He received several awards including the Rider of the year 2016, the award for the best german wakeboarder.