– What?!? Are you insane? Poor squirrel! Let it go, you can eat anything else! Let it happily hanged to the edge!

– Oh, c’mon! We’ve been riding and jumping and dropping and winning all day long, I’m hungry NOW! Pleeaseee! Do me a favour, go and catch it! Smell the taste of grilled furry tail!

– You’re disgusting! Go and take it yourself! Besides, we cannot come in the park, we’re not bmxers, we are mountainbikers, we drop from the bridges.

– Don’t worry man, I borrowed a bmx from a rider to mingle,  they won’t notice we’ve bigger wheels now, it’s up to you riding, you cannot let the bmxers wait so long in their park….listen, roll in, 360 beyond the quarter wall, and while you’re turning you open the arms and grab its tail.And it’s done! Bon appetit!

– No way, I won’t be your partner in that slaughter!

– Ok, let me do it alone, but be sure you won’t get a bite! Let’s try…….shit! I ended with a flair! No way to open the arms! You’ve been lucky this time, damned t-rex squirrel! 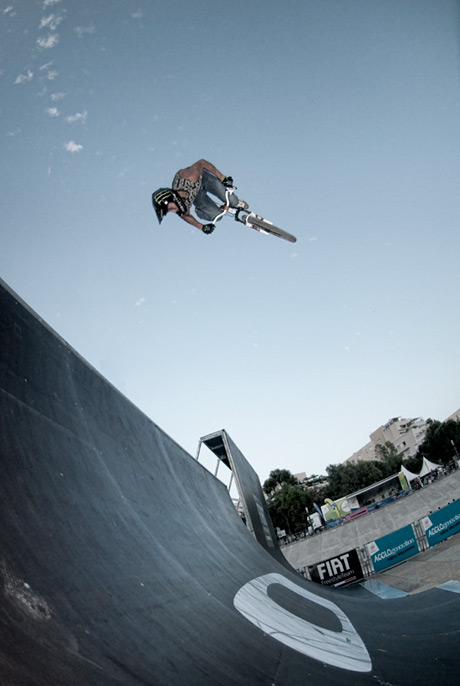 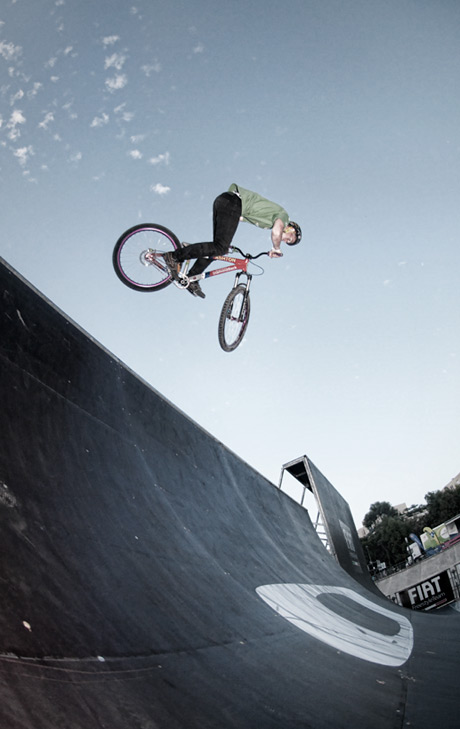