Three editions of the multi-awarded event Nine Knights have strengthened a long-term partnership between the Italian most Fun ski area and the snowpark agency most renowned in Europe: Mottolino’s 2014.15 winter season will be in fact enlightened by a new concept of international appeal.

Schneestern is the German agency specialised in design and development of snowparks with 15 years’ experience. Consultant of the European main ski resorts and events, it is well-known for the obstacles on which the world’s most talented freeskiers and snowboarders have shown their best: from the urban Freestyle.ch in Zurich and Fridge Festival in Vienna, to the most renowned Air & Style in Innsbruck, through the special obstacle featuring some of the international most memorable photoshootings ever. In the past three years we could see its snow cats moving on Mottolino’s slopes to build the admirable castle raising its towers during Nine Knights and Nine Queens events. 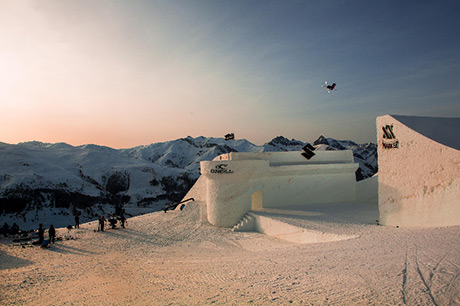 Mottolino has chosen Schneestern as partner to build-up its snowpark in cooperation with the legendary team of shapers led by the manager Massimo ‘Mino’ Manzocchi, historic official creator of the amazing obstacles winners of 4 Best Snowpark Awards in Italy. After in-depth analyses of the soil and area morphology, together they have planned a project that sinks its roots in the earth-moving, on which 5 slopestyle lines of jumps and jibbing obstacles take shape. 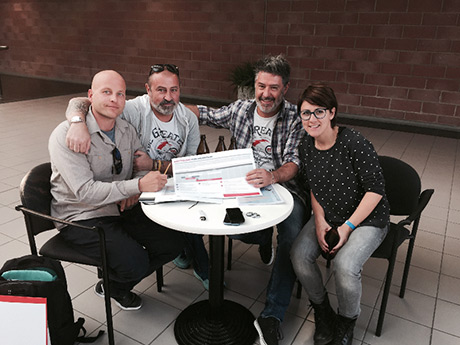 Safety on snow enjoys an important focus for the Italian and the German companies, both having paid particular attention to the topic over the last years.

The winter is coming and Mottolino Fun Mountain is ready to welcome all the snow passionates with an even more complete offer, also for freestyle!

About Mottolino Snowpark
Mottolino Fun Mountain is renowned for its snowpark, among the best in Europe, built with passion taking in account obstacle quality as well as riders’ safety and fun. Already theatre of three editions of Burton European Open and seven of Burn River Jump, it will soon host the 10th World Rookie Fest edition and the 4th of Nine Knights.
The snowpark is extended over a 120,000 m2 area, equal to 30 football pitches.
5 lines for different riding levels are set, from XS to XL, with a snow cover guaranteed all over the season thanks to its snowmaking plants. Partner of Mottolino snowpark is GoPro.
For more info please visit www.mottolino.com and become our fan at www.facebook.com/MottolinoFunMountain.