Actually, I didn’t know exactly how to approach the man behind Sean Johnson. I was really embarassed because I truly admired Sean for what he did and he’s still doing for snowboarding. The first thing I did was so surf the web in search of the many interviews Shaund released in the last fall, about his several video projects and the succesfull board company Stepchild he’s nursing. But I wasn’t supposed to focus my questions on the fall and rise sharp minded Canadian guy  or his brilliant projects, but I’d rather wanted to understand what is the hidden force that drive him into his snowboarding salvation crusade.

Sean, I’d like to begin this interview by asking you to explain the meaning of some words and phrases really close to you in a certain way. I’d like to know first the meaning of the mere word and then the deep sense to you.
STEPCHILD
Real Snowboarding and Real People
BIGGER HEARTS THAN BRAINS
We’re stupid and never said we were smart. A lot of decisions we take as a company may not make sense, financially speaking. Money comes from the head,  passion comes from the heart. StepCHild wasn’t built with money cause we had none. StepCHild was built from a deep passion for snowboarding and the people in it. It sounds like hippy love but whatever-its true.
BOOZY THE CLOWN
Everyone has a bit of that clown inside. I hope I never set foot in that suit again.

Snowboard businessmen often tell that the more they’re involved with snowboarding, the less they actually ride. Is it true for you or you’re still able to cut out some time to enjoy your boards?
Being in the office is always a need, but still it’s important to get out and ride to remember why we do this. I am currently working on a backcountry cabin right now that is almost complete. This is a special place I go to remember why I snowboard. We ride there whenever we can. There are lots of powder and drops, pillow trees, everything. I need that softer landing snow now and I don’t ride at the level I used to but I still have fun regardless. When we go filming I bring my board up on the back of my snowmobile and take a few runs at the end of the day. I am not so much a snowboarding businessman. I just ride when I can and enjoy working with certain people in this industry. 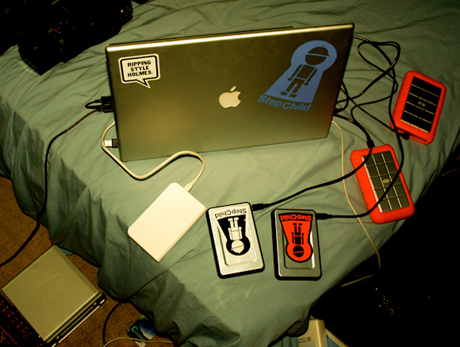 Do you agree with me when I say that your enterprise seems to be a snowboard salvation crusade? I admire what you’re doing for snowboarding, by supporting and promoting old school riders like Mike Ranquet or bringing up young rough talents like Sexton or Simon Chamberlain back when he was Mr. Nobody, or again by producing awesome snowboard videos giving them out for free. To me, it seems you’re giving something back to snowboarding that once you got from it…What’s the reason for doin’ all that?
We just want to promote positive snowboarding and push kids to be real. We just want people to like snowboarding and do it for the right reasons. I was a pretty fucked up kid growing up and if I didn’t have snowboarding I would have had nothing. I never wanted to look at snowboarding and think that it owes me something like some of these bitches today. Snowboarding doesn’t owe me a thing-and to be honest it doesn’t owe you anything either. I am happy to keep on giving to riders and just the overall lifestyle. When people have fun together they enjoy their lives more. It’s important to promote fun things in the world today and be real about it at the same time. Give respect to the kid that’s trying to be a better snowboarder and also give respect to the older riders (Ranquet, Kidwell) that helped to shape and direct it to what it is today. Snowboarding is pathetic like that-lots of haters. The industry and kids are quick to jump on older riders and say they are “washed” instead of giving them some respect. It’s actually one of the only board sports I know where the younger people as well as the industry don’t respect the pioneers. If some young punk in surfing talked shit on Sunny Garcia he would get his ass kicked. Their needs to be some more fights in snowboarding and some of those little bitches need to get tuned.

While the snowboard rider market is getting so fast and team switchings so common, Stepchild team seems to get bigger and more complete, like a real family. There’s the young wild kid, the old experienced father, the mature pro … you know what I mean?
Yeah it’s a great mix of diverse people with a lot of experience. Everyone gets along so it’s cool. It’s people that all work together because they want to-not because they have to. If you get too many of the same people in a group then nobody learns anything. If you get a diverse group together then they all can learn things off each other.

Ok, now just a little dark times digression; how many people from the big ol’ whiskey times remained by your side and helped you so much to be still called friends?
Pretty much all of them. It was no secret that my drinking was becoming a huge problem. Nobody was bummed when I quit drinking except those losers at world industries. “That’s great that you are trying to clean up your life but how is that going to help us sell more snowboards?” I was like “are you fucking kidding me?” What a bunch of fucking posers. They didn’t give a shit about people’s lives-all they cared about was money and that’s why their boards now sell in WalMart and Canadian Tire.

Just because we’re talkin’ about the old times, I’d like to know your opinion about the early nineties; everybody seems to demonize those times, maybe for the weird fashion or the gangster attitude, but WTF modern snowboarding got born just back then and snowboarders now are still improving the moves (especially in the jibs) invented by hair dyed and xxxl worn riders like Nate Cole, Roan Rodgers and Don Szabo …what are you thinkin’ about it?
It’s like I said earlier-it would be nice to see some of those people got some respect. That was a great era in snowboarding just for the fact that it was so spontaneous and real. There really wasn’t much money in it at the time so people just did it because they loved it. They were real punks and didn’t even realize that they had an image. They just did what they did and that was it. Roach would be all “I’m dying my hair green cause I don’t really give a shit what people think.” And then he’d go do it and his sponsors would be bummed.  A kid nowadays is gonna say “I wonder how much more marketable I’ll be if I dye my hair green” and his sponsor is sitting there saying “yeah do it man cause we’ll sell more boards and you’ll get more attention”. You can see how it went from pure punk to pure fucking nerd.

This interview is not about Sean Johnson as Enterpreneur but way more about the man behind that name. The only question about your professional choices is Why JP Walker entered the Stepchild team? I was supposed to see him in a bold brand such as a new ski company spinout.
The thing with JP is that he is a real snowboarder through and through. He wanted to be a part of something real because it reflects who he is as a person too. I have tons of respect for JP not only as a rider but as a person. He wanted to have a say in the direction of a company and helps with the business decisions as well. He is a rider who made a difference in snowboarding and goes on doing it to this day. Snowboarding to JP isn’t just getting a paycheck. We wanted JP to ride for us and he was down for the cause. JP has always been into progression and together JP and StepChild make a great combination. He aint no sell out bitch! He doesn’t support right guard deodorant or ball park franks. 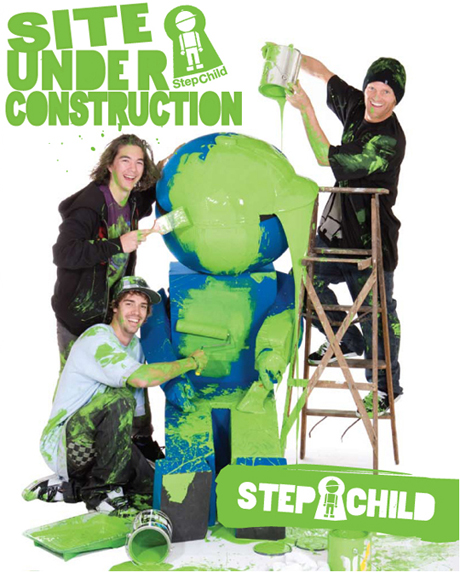 Another professional question: how do you choose a new rider? ‘Cause all the Stepchild riders have a strong personality beside being heavy skilled…
It started out where I would just choose the riders but now it’s more of a team effort. The one quality a rider has to have is “passion before paycheck”. It’s obvious when a kid is just stoked on riding. Every stepchild rider would ride no less if they weren’t getting paid. They have to love it.

When Sean Johnson is not working at new Stepchild design, or editing and filming with the team, what does he love doing? How does he spend his spare time?
I try and ride in the winter whenever I can and when there is powder. In the summer I still skateboard quite a bit and do some fishing. I’ve been trying to spend some more time with family and friends lately as I have been so busy the last few years with StepChild.

If you have any, what’s your biggest regret?
My biggest regret is that I quit skateboarding for 4 years (97-01). Now I’m skating more so it’s fine. Besides that I really don’t have any. There was a lot of money that I pissed away in the bar but we had more fun than anyone back then so who cares.

Thank you very much Sean, I wish you a bright future with all your  projects, last free words to Behind readers?
Thanks for reading this interview. 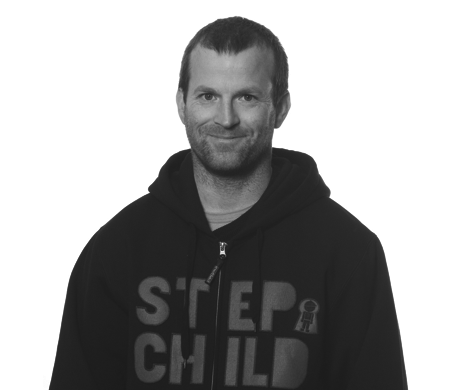