The Brit Rock Film Tour DVD was released and director Alastair Lee is already planning a 2015 tour following an enthusiastic reaction from audiences across the UK. 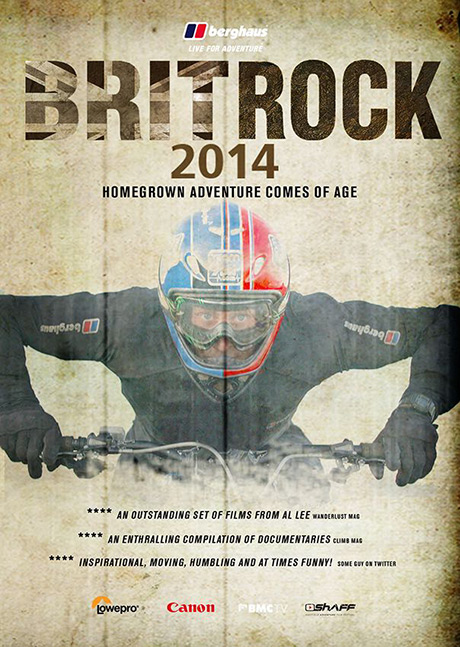 The tour has will have played at least 50 venues across Britain – 33 to date with 17 more dates currently scheduled and bookings still being taken. With audiences of 3,300 to date, promoters Heason Events estimate 5,500 people will have watched the two-hour programme on the big screen by the end of the tour.

Produced by Alastair and his crew of talented creatives at Posing Productions, Brit Rock features home-grown adventurers with biopics of climbers Julian Lines in ‘Stone Free’ (winner of Best Adrenaline Film, Kendal Mountain Festival) and Mina Leslie-Wujastyk in ‘Project Mina’; Steve Birkinshaw’s record-breaking fell-run in ‘Set of Wainwrights’; and mountain biker Rob Jarman’s near fatal accident in ‘All My Own Stunts’; plus comic shorts from Niall Grimes in ‘Boy’ and Dave Halsted in ‘iPaddle’.

By popular demand, Alastair Lee is also today releasing a full-length (67 min) version of Steve Birkinshaw’s run ‘Wainwright Record Attempt’ including extras ‘What The Film Crew Got Up To’ and Steve’s post-run interview.

Director Alastair Lee (Posing Productions), said: “I’m keen to develop Brit Rock into an annual tour. The audience reaction and feedback has been superb. It’s been really rewarding to see the project come to life after all the hard work. I’m grateful to Berghaus, BMC TV, Canon, Lowepro and ShAFF for supporting a brand new project.” 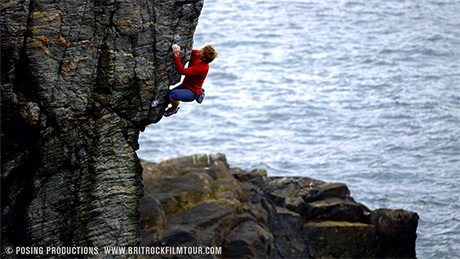 “I wanted to try something different and celebrate the British characters, like Reel Rock does in the USA. None of the stars of the films are full-time pros. The aim was to focus on ordinary people doing extraordinary things like mountain biking down Skiddaw at 100kph or running 214 Wainwrights in 7 days. It’s been liberating to tackle new subjects and to not have the pressure of being on a big expedition trip.” 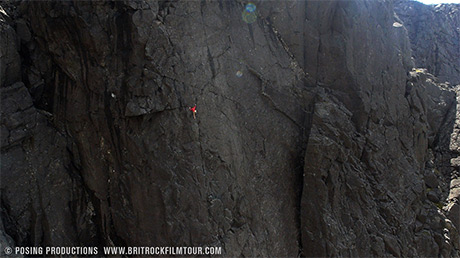 Promoter Matt Heason (Heason Events) said, “We reckon this is the biggest ever adventure sports film tour to have played in the UK with 50 venues. The British public have really embraced the concept of a home-grown adventure film tour which has played massive venues like Rheged as well as smaller, community theatres and climbing walls.”