Brandon Semenuk was first out the gate for Red Bull Joyride at Crankworx Whistler and his excellent opening run of 89.80 was enough to see off a high quality field for a record fifth victory down The Boneyard course.

The Canadian won on home soil in front of 35,000 spectators at the largest slopestyle mountain biking competiton in the world, while Emil Johansson’s second place with 86.80 was enough to see him crowned the overall 2017 Crankworx World Tour champion. 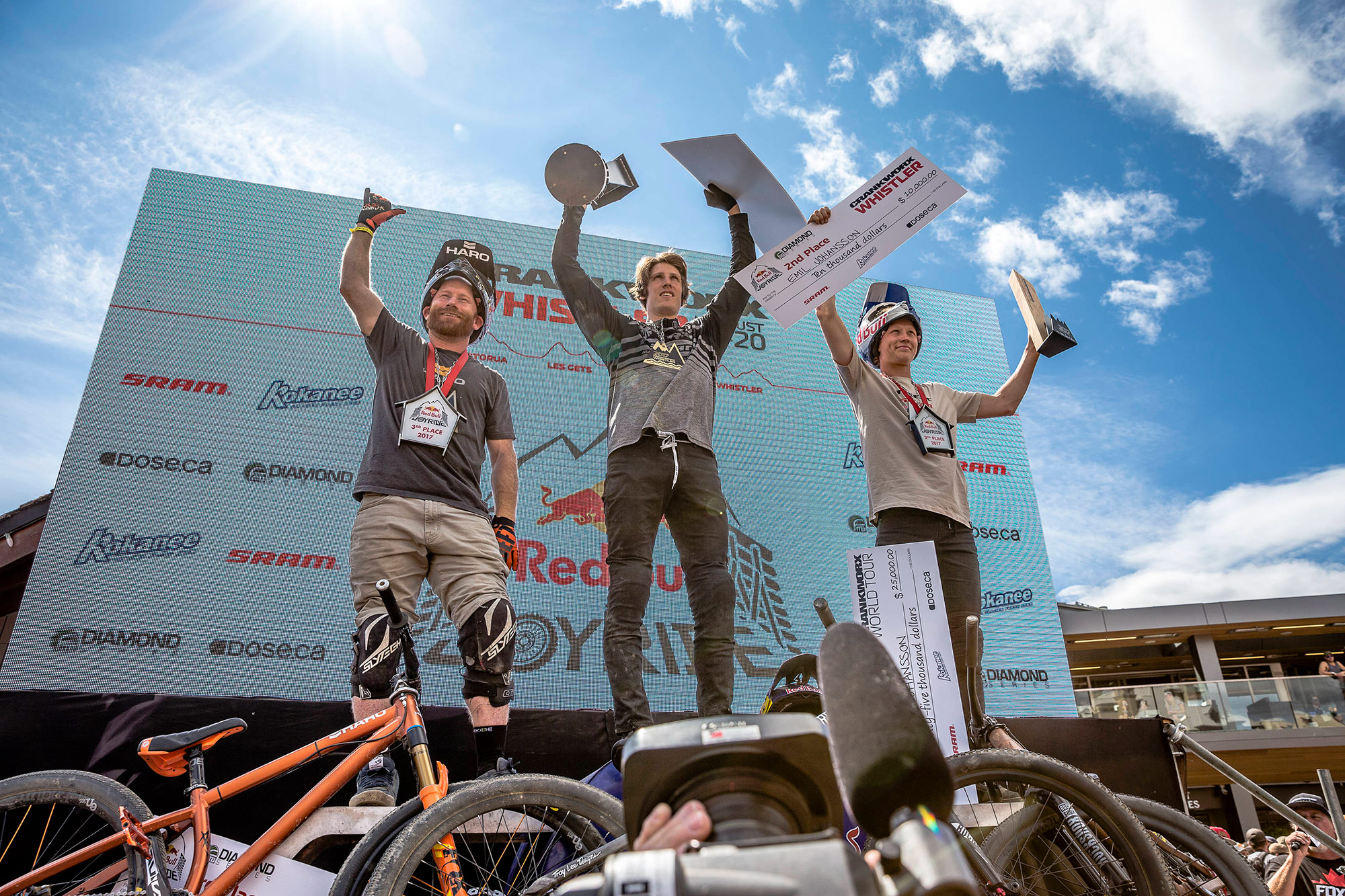 American veteran Ryan Nyquist put in a superb second run of 84.80 to edge out Canadian Anthony Messere for third to thrill the crowd with his first slopestyle podium after transitioning from an amazing BMX career.

Elsewhere fellow American Nicholi Rogatkin crashed on both of his audacious runs to deny him the Crankworx Triple Crown after winning two of the previous three rounds in Rotorua and Innsbruck.

Built by riders for riders, the Red Bull Joyride course for the seventh edition was one of the most technical yet.

Ringing in with 14 different jumps, it featured an all new split start section with two options and the final feature with a 18-foot flatdrop into the finish area. 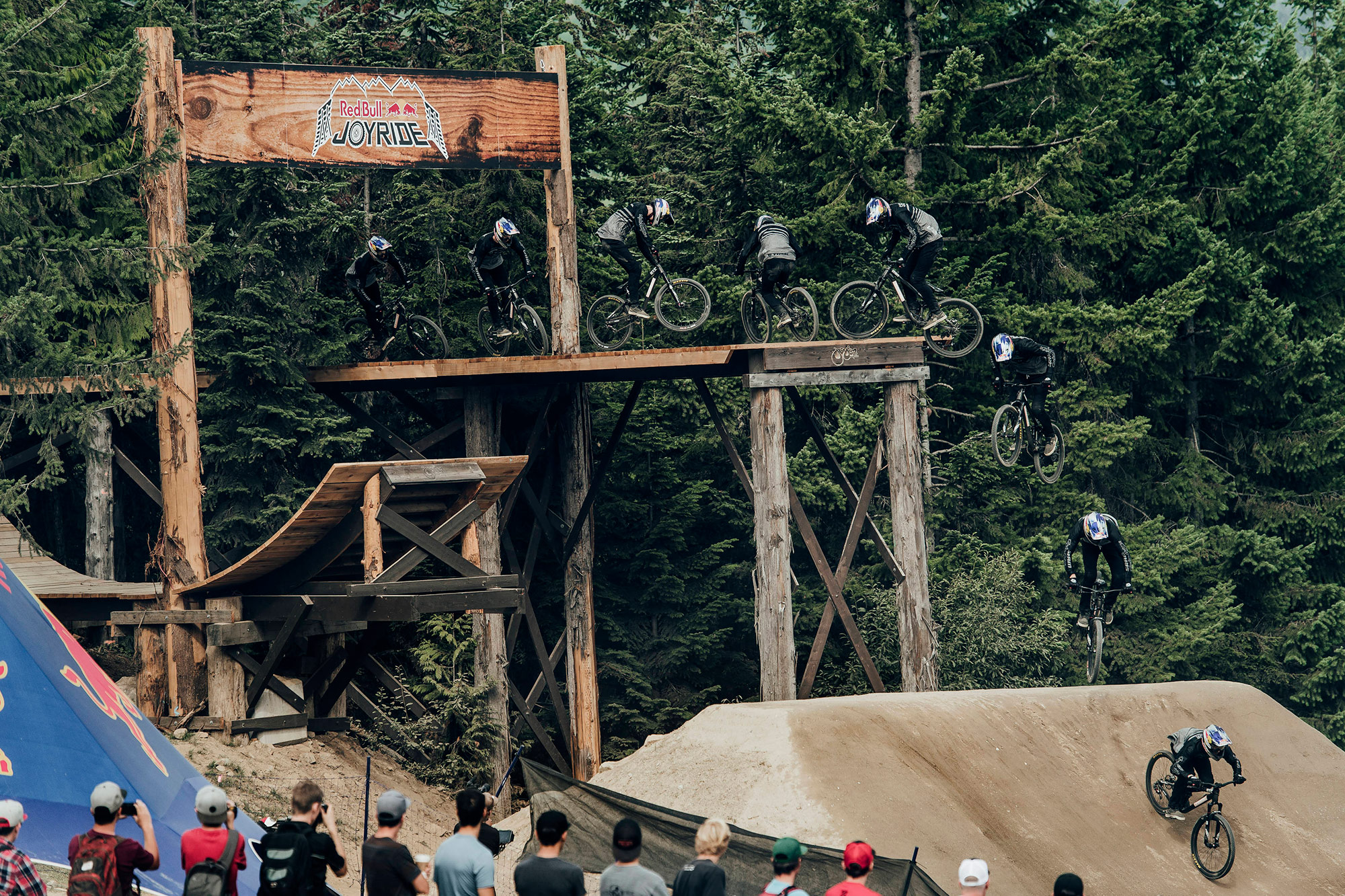 The 26-year-old Semenuk said, “I don’t remember the last time I jumped first so that was extremely stressful. I felt cold turkey, so thankful I got a good run.

“The course is so long and the wind always plays a factor, so getting down the hill was half the battle. It is survival. It is my hometown and the biggest slopestyle event of the year.

“It was a bit of a surprise. I haven’t competed in five months. Give Emil another year or two to fill in the blanks and he will be unstoppable. He practiced harder than anyone.” 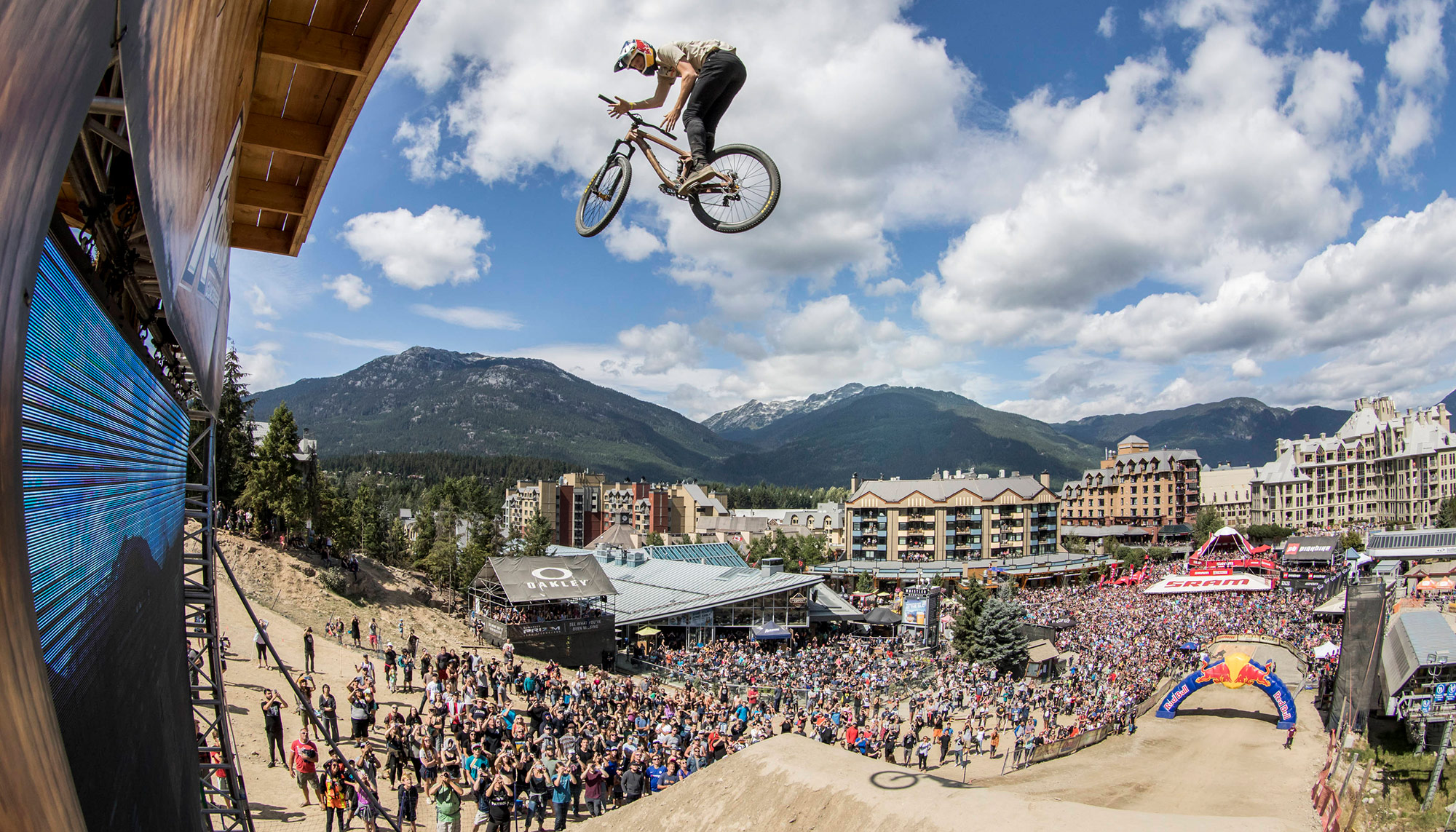 Eighteen-year-old Swede Johansson revealed, “It is something I have always dreamed about and now I have done it, it feels good.

“Second run I wanted to step up a few things, but I ended up going too far on one jump. I was still in second place, so it wasn’t too bad.”

Torquato Testa, Jakub Vencl and Germany’s Nico Scholze all impressed this season and should progress like Johansson when Crankworx returns in 2018. 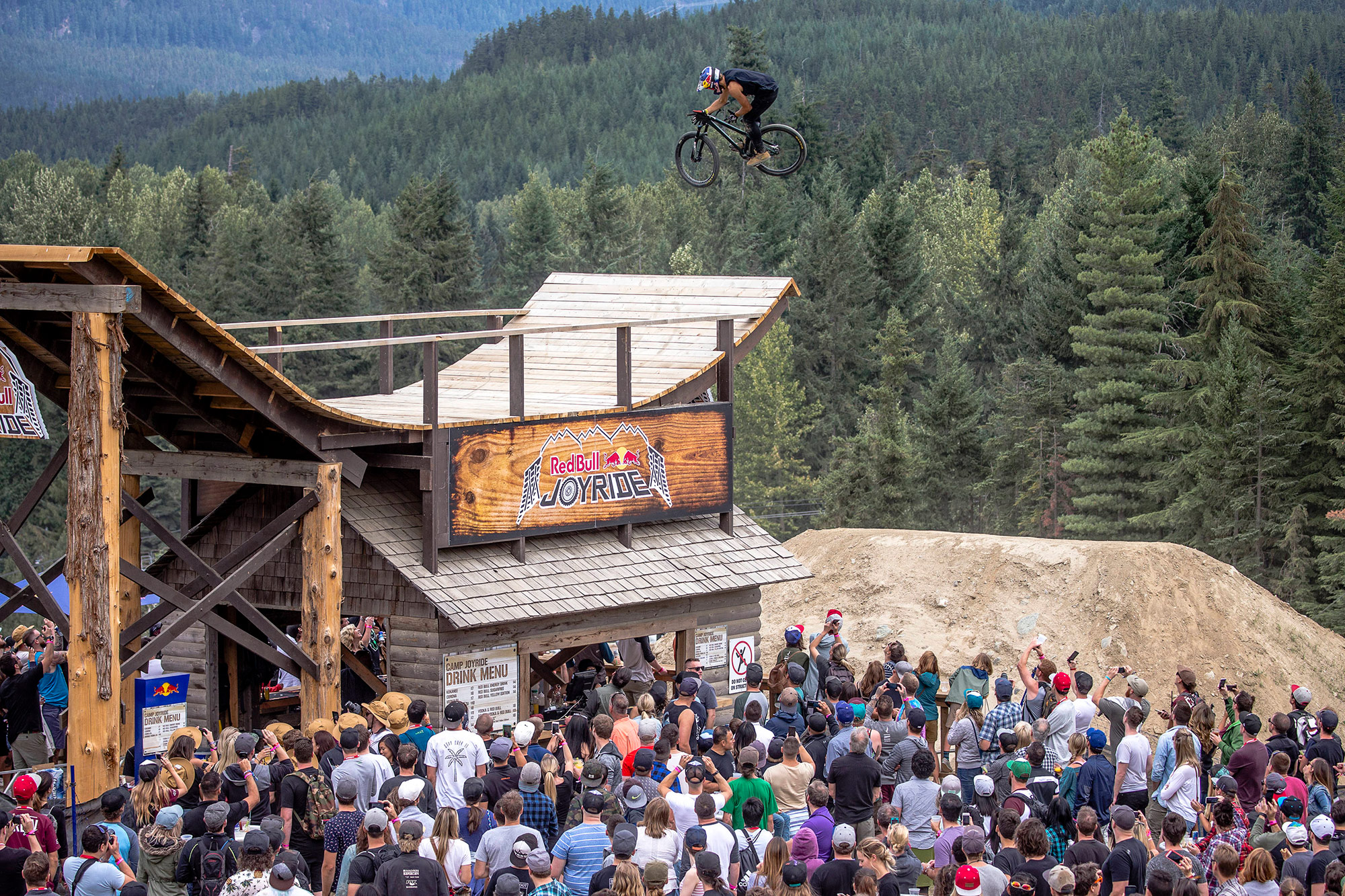