Just in time for the Spring Sessions, winter is back on Stubai Glacier! That ́s great, since we have all been longing for fresh snow to do some more powder turns, before the season is over! Tons of fresh snow have buried the MOREBOARDS Stubai Zoo under a big white blanket.

The shapers from Schneestern Parks & More are giving their best, trying to dig out the Park with the help of big machines.

The MOREBOARDS Stubai Zoo will not be ready on Saturday, 19th of March, but the medium and easy line will open up on Sunday, 20th of March for a first session. 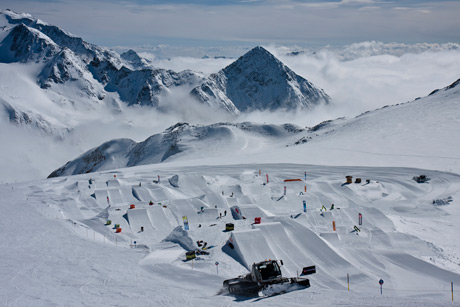 The setup at MOREBOARDS Stubai Zoo for Sunday, March 20th
The weather forecast for Sunday seems all right and loads of powder have already arrived on Stubai Glaicer, too. For all those, who still rather rock the park than fresh powder, the MOREBOARDS Stubai Zoo will open up the medium- and easy line on Sunday. The medium line consists of one 11 metre and one 8 metre kicker so far. Further, the industry line will be ready for Sunday with a 6 metre high rail, 6 metre kinked box and jibton. The easy line has a 6 metre flat box, 7 metre kinked box and 6 metre rainbow box to offer, beside three kickers of 6, 7 and 8 metres table.

The proline will be ready for the Snowbroader.eu Video Weekend and MOREBOARDS Team Day
Until Wednesday next week, the park will be closed again and under construction. For the very last weekend in March, the proline will be ready. The 26.th and 27.th of March are under the sign of the movie makers and all zoo visitors, who always dreamt of playing a role in a movie. For the Snowbroader.eu Video Weekend the filmers from Snowbroader.eu are on hand to shoot with all interested riders at the Stubai Zoo. Daily meeting point will be the Jochdohle every morning at 10.00 a.m. It ́s obligatory for all those, who always wanted to have their own „movie part“ one day.

MOREBOARDS TEAM DAY now one week later on March 27th
The MOREBOARDS Team Day will be postponed to Sunday 27th of March, when some of the MOREBOARDS team riders are gathering at the zoo for a common spring session. The MOREBOARDS Teamday is going to ring in the barbecue season at the Jochdohle restaurant with tons of steaks and good food from the grill. 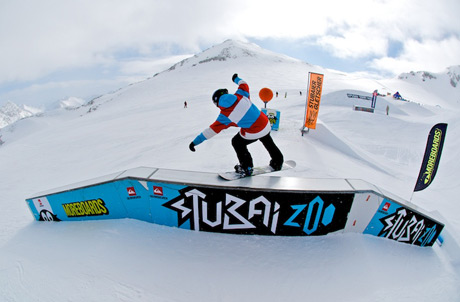 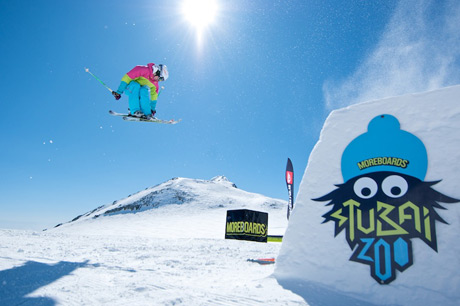 All infos and updates on http://www.stubai-zoo.com.